The two are set to go head-to-head in an explosive clash over Mercedes McQueen, who had her pub smashed up by Liam and his group of mates.

Next week, two of the soap's biggest villains are set to collide Liam tries to intimidate his old flame Mercedes McQueen (Jennifer Metcalfe) by leading a group of thugs to trash The Dog.

Warren meanwhile, is taking the incident very seriously as he works at the pub and is also sleeping with Mercedes.

Despite warnings from the landlady, Warren isn't afraid to make his presence felt as he plots revenge on Liam, who he will come face-to-face with in an intense showdown.

"Warren definitely isn't someone you should underestimate – you do so at your peril," Jude told Inside Soap magazine.

"But I think, initially, Liam totally does that!

"Liam's been top of the tree, dealing all of the drugs and he hasn't faced any real competition that was all that serious."

Warren is going after the club worker not only because he wrecked Mercedes' pub, but also because he thinks he shot her.

Despite having a target on his back, Jude insists his character will not back down.

"[Liam] would certainly put money on himself to defeat Warren," the star said. "He has the connections, and he has some powerful people behind him.

"And the thing about villains is that they're only ever as good as their adversaries. There is going to be a showdown and a battle between these two – and it's been a lot of fun to film."

Jude went on: "It's not going to be completely one-sided. There's going to be a lot of to-ing and fro-ing between them."

The star claimed that while he knows many fans will be rooting for Warren, he hopes his character will have some supporters too, adding: "I know there are a lot of hardcore Warren fans out there, but hopefully some people will want to see Liam win, too."

Hollyoaks' Juliet 'is at risk after falling for Jordan's dealing lifestyle' 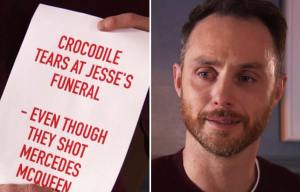 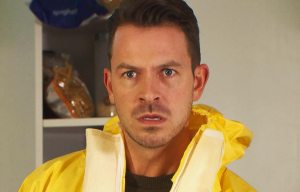 Darren Osborne's depression gets worse as he spirals out of control 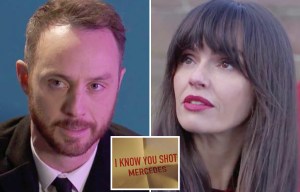 Who is sending James notes in Hollyoaks? Fans think they know the answer 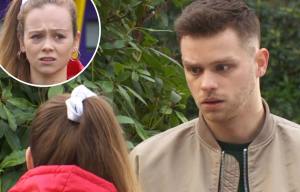 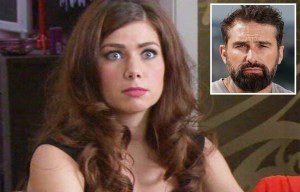 Liam will continue to wreak havoc in the village, as fans will soon see him force sister-in-law Maxine Minniver into prostitution.

The single mum is being blamed by Liam for the death of his brother Jesse after she served him alcohol at his own wedding.

He broke into her flat and found her cupboards bare and hatched a sickening plan to force her to become a prostitute so she can feed her daughter.

It will be made clear how Maxine has no choice but to "entertain" one of his business associates if she wants to feed, clothe and look after her bay girl.

Yorkshire Ripper moans jail's coronavirus restrictions are 'over the top'

'WhatsApp during coronavirus lockdown? It's OK but can we stop over-sharing?'

Coronavirus may have infected 2.8 million Brits with over half outside London

How Hull City’s squad is being kept on their toes

Confused about pensions? Here's what you need to know

Newspapers are safe from virus

WEIRD UK NEWS: Meet the man who has been self-isolating since 2012

Prostate health is in your hands, leading campaigner says

Specific hours for the needy