HOLLYOAKS fans are fearing for Ste Hay's life after he was tried and failed to escape the far right group.

The groomed racist - who is played by actor Kieron Richardson in the Channel 4 soap - was snapped out of the brain washing from Stuart and Johnny's far right thugs after they blew up the house and almost killed neighbour Yaz Maalik.

But when he tried to escape the gang's clutches, telling them he wanted to go home, Stuart told him he would frame him for the explosion as he did with Dave.

He leered at Ste: "I gave them Dave's name because I know he can keep his mouth shut.

"If you want I can go back and give them yours too. Do you want your kids to grow up without a dad? Your choice Ste."

A broken Ste headed inside the Teahouse to lay low but began recording a video for his kids so they wouldn't think he didn't try to escape.

He said: "I've talked a lot about bringing communities together, about British values, about a better world but I've started to realise that most cultures and countries share the same values.

"It's simple really. We all want to hang about with our friends, support each other and have a good time. We want to share the love, we do whatever we can to make the world a better place.

"There's been lots of talk about action, to do something massive, but what I've realised is that the smallest moment of love can have the biggest impact. They're the values that are important - friendship, community, family, sticking close to the people we love, taking care of our kids and getting along.

"Why did I ever think it's OK to do something that could destroy all of that? I don't know who I'm recording this for. I guess it's just he type of stuff I want my kids to know. I realised it all too late, not that anyone cares what I think anymore. I'm just a racist."

But after the emotional video fans think Stuart would rather kill Ste than let him expose his racist thugs for what they are. 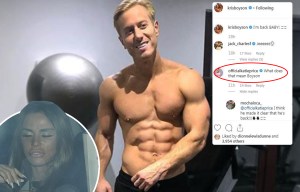 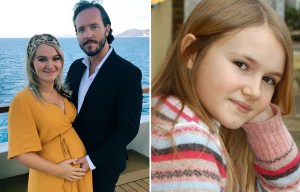 UP THE DUFF DUFF

Ex-EastEnders star Melissa Suffield is pregnant with her first baby 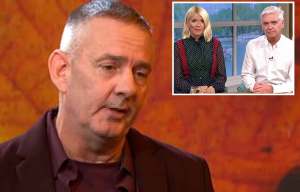 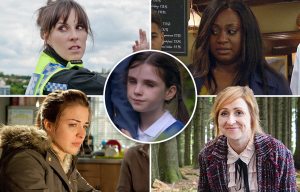 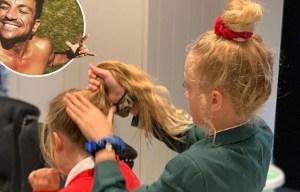 One wrote: "Chances of them not killing Ste to keep him quiet? #hollyoaks"

A second said: "'I just want to go home' My heart is breaking for Ste 😢💔 #Hollyoaks"

Raul can lead Schalke
The final of the Hungarian Cup showed what will happen if you now launch fans into the stands
Higuain injured a thigh muscle in training
💛Borussia Dortmund players got down on one knee, forming a heart: For a tolerant world!
Diego Costa was fined 543 thousand euros for non-payment of taxes. He avoided 6 months in prison
Premier League managers have approved the rule of 5 substitutions per match
If you read this text to the end, you will know more about the game De Bruyne Pep
Source https://www.thesun.co.uk/tvandshowbiz/9956503/hollyoaks-ste-blackmailed-terrorist/

Manhunt launched after toddler, 2, among gunshot victims rushed to hospital

Coronavirus is NOT mutating to become more dangerous, WHO reveals

Gladiators is in talks for a return for its 30th anniversary, reveals star Jet

Will there be a Gangs Of London season 2?

Alton Towers to partially reopen this weekend but with significant changes

MEP caught with his pants down during video call with EU

M&S has infuriated shoppers with its new food product

Mum rushes child to hospital after 'scary reaction to suncream'

Iceland offering NHS workers 20% off this week it's announced

Thousands of homeless people face being evicted as lockdown is loosened

Iceland announces it's offering NHS workers 20% off this week

James Scott back in Hull City training ahead of season restart

Ruth Langsford breaks down in tears on Loose Women

You can watch Premier League matches for free on BBC, Sky and Amazon

Lidl brings back £9.99 pizza stacker that lets you cook four at once

Amazon tipped for ‘summer sale’ in June instead of Prime Day

Santa soaks up May sunshine as he helps with foodbank collection

James Hook and the great misconception about his illustrious career

Who is Chris Packham and is the Springwatch presenter married?

Ahmaud Arbery died ‘saturated in blood’ after being ‘chased, hunted and executed’ by white killers

Hannah Marks: 'Usually, in movies, these two women would hate each other'

Stepdad 'murdered and robbed' in shooting at his family home

Moving patients from care homes to hospitals was 'entirely appropriate'

Ulrika Jonsson says sun is her 'drug of choice'

Ulrika Jonsson says sun is her 'drug' and says addiction so bad she will 'no doubt, die by it'