HOLLY Willoughby had summer styling down to a tee as she soaked up the sunshine in a pair of khaki shorts.

The This Morning host, 40, looked to be relishing her downtime away from the ITV show as she posed for an Instagram picture.

Holly paired the high rise patterned shorts, which pulled in with a belt, with an eye-catching yellow, green and blue sweater.

She turned side profile to strike a pose on a strip of decking - just hours after revealing she would be absent from screens for a third week to focus on another project.

Alongside the snap, the mum of three wrote: "Suns out… legs out!

Holly is a brand ambassador for the high street chain, so perhaps she was referring to the fashion promotion as she teased she was working on "something else" this week.

Saturdays singer Rochelle Humes is "keeping the sofa warm" for her in her absence.

Just hours after Holly devastated ITV fans with her news, many took to Instagram to speculate she was busy preparing for her first acting role.

In an Instagram image posted yesterday, Holly, who spent the past fortnight off-screen during her regular Easter holiday break, remained coy on her new project.

In her image she is smiling coyly at the camera, with six-year-old son Chester laying on her back, his face cropped from view.

In the caption alongside, she wrote: "Vitamin D, caffeine and a side order of distraction from Chester ☀️☕️🐒…

"Working on something else next week which I can’t wait to share with you all…. Thank you to the lovely @rochellehumes for keeping my side of the sofa warm… x"

The mysterious picture post prompted many to speculate Holly has bagged her first acting role - this being a plum spot in ITV drama Midsomer Murders.

The presenter "squealed with joy" when she was offered a role live on This Morning last month.

Now one follower has commented: "Thinking it could be Midsomer TV drama. I remember them asking you to join them on the drama and they would see what they could arrange.

Another then quizzed: "Could it be Midsomer?"

One then suggested: "I think Holly is working on her Midsomer script," as the presenter was posing with a fountain pen and notebook. 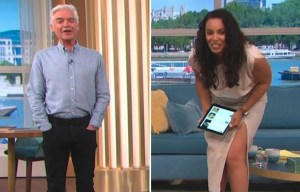 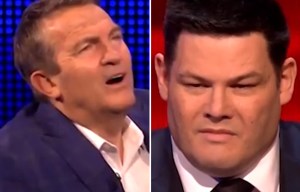 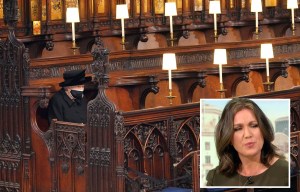 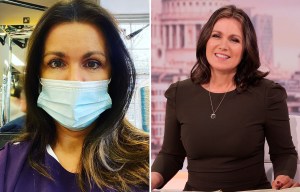 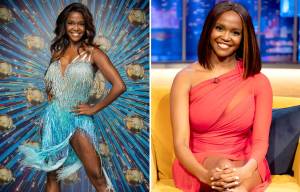 A follower then surmised: "checking your script out for Midsomer Murders maybe?"

Previously superfan Holly, 40, was thrilled when she interviewed Midsomer Murders stars Neil Dudgeon and Nick Hendrix on This Morning and they poached her for a job.

The TV star screamed "are you serious?" as Neil and Nick begged her to say yes.

Thrilled Holly Willoughby screams 'are you serious?' as she's offered a role in Midsomer Murders live on This Morning