BRITS have been handed a holiday boost after Matt Hancock announced he's "absolutely working on" plans to exempt double-jabbed sunseekers from quarantine.

The notoriously cautious health secretary said a scheme which allows the fully vaccinated to avoid having to self-isolate is "something I want to see".

But he wouldn't give any timeline for when it might come into force and warned the threat of new variants means "it is more difficult freeing up international travel".

Asked about the proposals this morning, Mr Hancock said: "It is absolutely something we're working on, it's something I want to see.

"We're working on plans to allow the vaccine to bring back some of the freedoms that have had to be restricted to keep people safe.

"But of course we do want to get those freedoms back. That's the whole point of the vaccination programme.

"When I'm in a position to be able to say something more concrete then we will do."

Mr Hancock, who has been amongst the Cabinet 'doves' in favour of more restrictions, was confronted with the fact keeping the borders closed is costing the economy £600m a day.

But he insisted the Government's priority is protecting the progress in unlocking the economy at home, adding that he believes the country is "on track" for Freedom Day on July 19.

He replied: "The pandemic here at home has huge costs in terms of lives, in terms of the economy.

"And so protecting this country from what can happen, the variants we've seen around the world, that is a very, very important part of managing this pandemic.

"Thankfully because of the vaccination programme we've been able to free up a huge number of the restrictions here at home. We're on track to deliver the step for the further openings on July 19.

"We have one of the tightest border control systems in the world and we have that because we want to protect this amazing progress we've made at home with the vaccination."

His remarks come after the PM confirmed ministers are mulling an Israeli-style system that would replace the need for self-isolation with daily testing.

Such a blueprint is also being considered for domestic use when fully vaccinated people come into contact with someone who's tested positive.

But even has he offered a ray of hope to sun starved families, Boris also warned this will be "a difficult year for travel".

And he all but strongly hinted that no new countries will be added to the green list when it's reviewed at the end of the week.

All of the most popular European destinations including Spain, Portugal, France, and Greece are currently classed as amber.

That means people are advised not to go there on holidays, and anyone that does must do 10 days of quarantine on their return.

Asked about allowing double-jabbed Brits to avoid self-isolation, the PM replied: "When it comes to travel we’ll certainly be looking at that.

But I want to stress that this is going to be - whatever happens - a difficult year for travel.

"There will be hassle, there will be delays, because the priority has got to be to keep the country safe and stop the virus coming back in."

The PM's remarks represent a gloomy outlook for foreign hols in the short-term but leave some hope for later in the summer.

Business secretary Kwasi Kwarteng said No 10 will take a "safer rather than sorry" approach to reopening our borders.

And he insisted new figures that show just one in every 200 arrivals from amber list countries test positive "don't tell the full picture".

He said: "You can appreciate that we want to keep people as safe as possible and that's why we've maintained the amber list.

"I totally get the frustration. For me it's been very difficult because I want to go on holiday but I've chosen not to because of the restrictions.

"It's a difficult one to balance. It's encouraging, the data we've seen from amber list countries.

"But at the moment we want to take an approach that's more safer rather than sorry."

Ministers are piloting a domestic scheme that would allow the fully-jabbed who have come into contact with an infected person to escape quarantine.

There have been reports that approach could be extended to returning holidaymakers to open up amber countries for travel, too.

But officials cautioned that no decision will be made on the idea until much later on in the summer.

A Whitehall source told Politico: "We know the vaccines are effective and we want to minimise interruption to people’s daily lives.

"So it is clearly an attractive policy if it can be shown to be safe — there are pilots ongoing."

Dr Susan Hopkins said there may be "alternatives to isolation" for holidaymakers who have received both of their Covid jabs.

But she warned that Brits should stick to home holidays this summer. 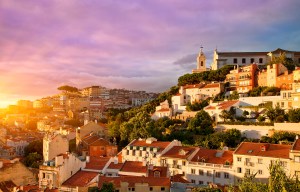 HOLIDAYS IN THE SUN

When is the next UK green list travel update? 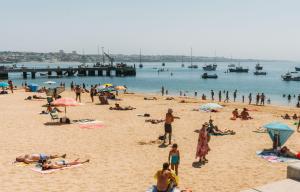 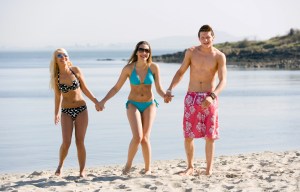 Green list travel update: Will countries be added this week? 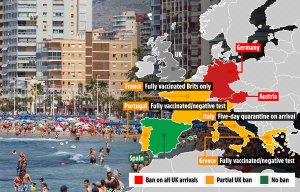 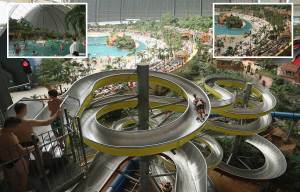 Asked if there is a chance those who have had two jabs could go abroad, she told the BBC's The Andrew Marr Show: "We'll be looking at the evidence from other countries.

"We've talked a lot to countries like Israel who are ahead of us in the vaccination campaign, and they are now really looking at allowing people to come into their country who've had two vaccines and not needing to isolate.

"And they are allowing their population to travel more.

"We will need to be alert and will need to consider how we can measure the response of these vaccines to new variants that come along.

"But we are moving steps forward, and I think that in a time in the future, I'm not sure when, I can imagine a situation where we will have alternatives to isolation for people who have two doses of the vaccine."

Double-vaccinated Brits won't have to isolate after foreign trips, top medic hints - but still warns to holiday at home