Before she died, the actor Helen McCrory repeatedly urged her teenage children to be courageous and not sad about her death, her husband Damian Lewis has said.

In a moving tribute to the Peaky Blinders star, Lewis said: “She’s left our beautiful children, Manon and Gully, too early, but they have been prepared for life.”

Writing in the Sunday Times, Lewis said: “She has exhorted us to be courageous and not afraid. As she said repeatedly to the children, ‘Don’t be sad, because even though I’m about to snuff it, I’ve lived the life I wanted to’.”

McCrory, who was also known for her roles in the films The Queen, The Special Relationship and the Harry Potter franchise, died of cancer on Friday at the age of 52. She swore her friends to secrecy about the disease as she underwent treatment, according to Carrie Cracknell, who directed McCrory in a 2014 production of Medea.

Lewis, himself an actor, acknowledged that keeping her condition private had prompted an “outpouring of grief and shock”.

He noted that the grief for McCrory had not been eclipsed by funeral of Prince Philip. “On a weekend when the papers, rightly, will be paying their respects to the Duke of Edinburgh, thousands of others around the world have been remembering m’Duchess, my Little One, royalty in her own right.”

Lewis said he wanted to focus on his wife’s professional and personal achievements. “Helen was an even more brilliant person than she was an actress,” he said, describing her a “meteor in our life.”

Lewis wrote: “Her nickname to many was Dame Helen (apologies, Dame Helen), and although we’ll never know now whether that would have become a reality, I think secretly, we do know.”

Lewis said McCrory was “fiercely proud of being an artist, an actress”. He said she was proudest of her work on stage. McCrory had said “doing theatre is what made my heart sing,” Lewis recalled. 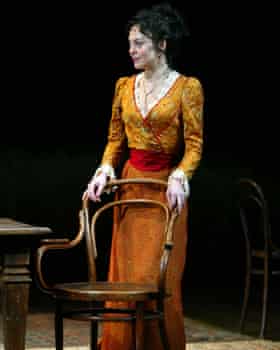 Sam Mendes, who directed McCrory in an acclaimed production of Uncle Vanya, praised her “explosive energy” on stage. Writing in the Guardian, Mendes said he had asked McCrory to play the role of Sonya, but she had other ideas.

“She told me she should be playing Yelena – the other young female role – and then proceeded to spend the next hour telling me exactly why. She left the room with the part. This has never happened to me before or since … She was clearly already halfway to giving a superb performance, I simply had to get out of the way and let her complete the job. Which, of course, she did – with utter brilliance.”

Lewis recalled that the actor Lauren Bacall had mistakenly praised her for performing Sonya, played by Emily Watson, after a show of the production in New York. When Bacall apologised for the mistake, McCrory said: “That’s all right Ms Hepburn, I’m glad you enjoyed the show.” Lewis added: “Lauren Bacall threw her head back and laughed and bellowed. ‘You’re my kind of dame, let’s go out’. And off they went into the night.”

Lewis said that in the weeks before her death his wife had talked about his future relationships with women, saying that “love isn’t possessive”.

“She said to us from her bed, ‘I want Daddy to have girlfriends, lots of them, you must all love again, love isn’t possessive, but you know, Damian, try at least to get through the funeral without snogging someone’,” he said.