Don’t be afraid, keep playing, it’s almost done, the Palestinian father repeats to his two girls as they scramble for cover when the Israeli war planes roar overhead.

“Daddy,” they scream, hiding their heads under cushions.

Just a few minutes before the strike Ahmed al -Mansi, 35, films his two daughters, aged 12 and six, playing with a magnetic fishing toy he had just bought them for Eid to distract them during Israel’s ferocious bombardment of the Strip.

The video was posted Wednesday on the family YouTube channel called “Sarah and Hala stars”, which, over the last four months has documented the life of the girls in Gaza, including more recently the heavy airstrikes.

The channel has garnered tens of thousands of views and elevated the family to a kind of celebrity status in the Strip, with many people saying it brought them comfort.

But this video, where Ahmed films himself buying toys for the children, would be his last.

Three days later he was killed in an Israeli strike.

“I wish you happy Eid,” al-Mansi says with a smile. “We will not be able to follow the usual traditions of Eid since… it is very dangerous to drive the car in the streets.

Despite efforts to comfort his daughters and reassure them they are safe,

Ahmed was killed in a ferocious slew of air raids on the weekend over his town in the north of the strip.

Videos taken by his surviving family members of that night are harrowing.

The barrage is relentless: there are at least 10 strikes in just 15 seconds.

In the dark, the children can be heard screaming and vomiting.

Israel said that night they were targetting the underground networks of tunnels militants use in the fighting.

Ahmed is among the 213 killed mostly by Israeli fire in Gaza, according to the Gaza health ministry. Some 61 children and 36 women are among that number.

In Israel the death toll rose to 12 dead on Tuesday, as two Thai workers were killed in a massive rocket attack on Eshkol region according to the police.

Despite intense international efforts to broker a ceasefire, with a US envoy in town and Egyptian mediators shuttling between the two sides, the fighting has continued.

Israeli Prime Minister Benjamin Netanyahu said after a meeting with his military officials on Monday: “We will continue to operate as long as necessary in order to return calm and security to all Israeli citizens.”

Militants in Gaza - who have fired an unprecedented 3200 indiscriminate rockets at Israel - have also vowed to keep going and threatened once again to bombard Tel Aviv.

Caught in the crossfire are the civilians who pay the ultimate price.

The United Nations said on Tuesday that 52,000 people were displaced in Gaza and more than 2,500 made homeless as homes and tower blocks have been hit.

The day before Ahmed was killed his older brother Hamed, 36, a well known photographer in Gaza told The Independent, he threw a birthday party for Hala, 6 his younger daughter.

“He was trying to do everything to make them feel happy to distract them from the nightmare,” Hamed said.

The day of the fatal air raids Ahmed moved his own family and then with his other brother Youssef, came to help Hamed move his children further way from the epicentre of the bombing.

Videos of that bombardment that were taken by Hamed’s wife Haneen and shared with The Independent, showed relentless intense fire. 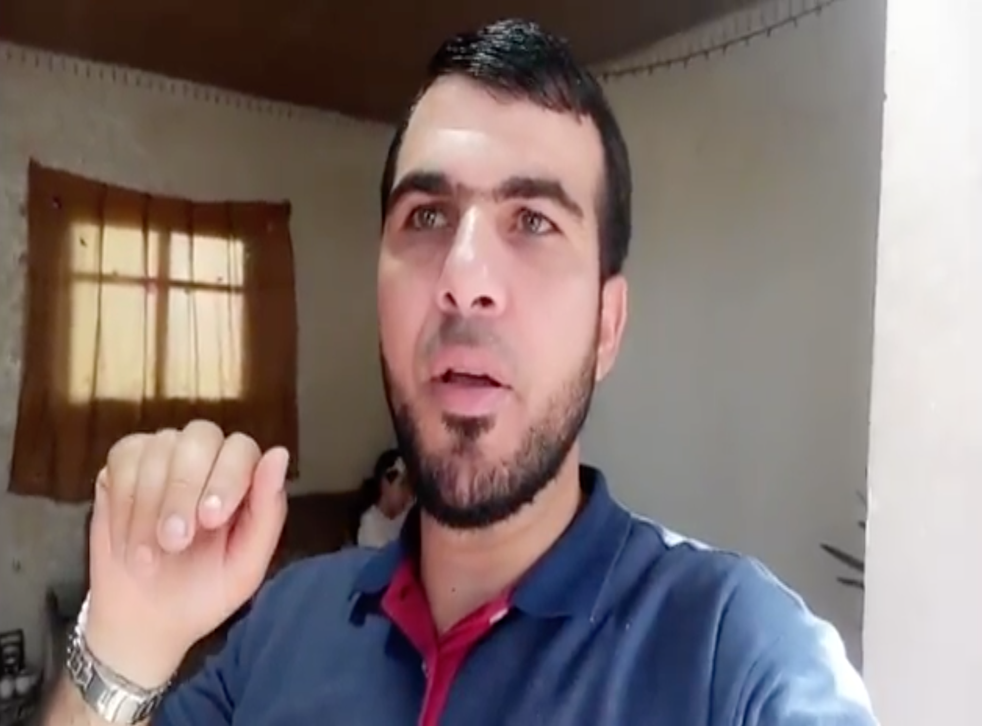 The terrified parents can be heard repeating theShahada, a Islamic profession of faith, while the children are screaming and crying.

Haneen, 29 said she started filming to mark the moment she thought her entire family would be killed as a testimony of what happened to them

.“We were showered in shrapnel, I was so afraid. I was waiting for death any moment,” she said.

Hamed said he was eventually able to move his wife and children  and returned back home to find his bothers, who were waiting in the street.

“I was 10 metres away from them when the Israeli missile hit them,” he said with a shake in his voice.

“My brothers were not carrying rockets or stones, they came only to make sure I was ok. I was screaming and crying for help for the ambulance, that’s why I have no voice now.

“Why would they do this?”

England is disappointing so far — and here are 10 short reasons. Expand the list in the comments
20-year-old Billy Gilmore is Scotland's new star. He was called to the Euro after Tuchel's recommendation
Smertin recalls Euro 2004: he almost fought in the joints, defended against the young Cristiano and understood the excitement of the Bridge
Gareth Southgate: We shouldn't be football snobs. In matches with top teams, diversity is important
Leonid Slutsky: I am still sure that the Finnish national team is the outsider of our group. They were very lucky against Denmark
I'm not a racist! Arnautovic apologized for insulting the players of the national team of North Macedonia
Gary Lineker: Mbappe is a world-class star, he will replace Ronaldo, but not Messi. Leo does things that others are not capable of