EastEnders aired Habiba Ahmed’s final scenes last night (October 22) as she stormed out of the Square following an argument with her sister Iqra.

But has Habiba - who is played by Rukku Nahar in the BBC One soap - left EastEnders for good? Here’s the lowdown...

The Sun Online can confirm that last night (October 22) was indeed the end of the road for the character and actress Rukku Nahar.

Her swift departure comes shortly after the devastating exit of her boyfriend Jags Panesar, who is now behind bars after being reported to the police by his own mother for a crime he didn’t even commit.

Last night’s episode of the soap saw Habiba clash with her sister Iqra, who is dating Jags’ sister Ash, when she discovered that Ash was attending Jags’ sentencing.

Habiba demanded that her sister choose between her and her girlfriend, but her plan backfired when Iqra refused to end her relationship with Ash.

A furious Habiba then vowed to stand by Jags, before packing her bags and departing from Walford in a cab.

Why is Rukku Nahar leaving the soap?

Actress Rukku has played her character Habiba since early 2019.

Shortly after her final scenes aired, Rukku posted on Instagram to commemorate her time on the show and hinted that she’d left to pursue other projects.

She wrote: "BYE BYE HABIBA. Thank you @bbceastenders for welcoming me into one of the biggest soaps in the country! I've learnt so much in the last two years and I'm grateful to have made friendships for life ❤️ End of a chapter, onto the next one."

The actress has been embroiled in a number of dramatic storylines during her time on the soap including her affair with Honey Mitchell's cheating husband Adam Bateman and, more recently, her romance with Jags.

Will Rukku return to EastEnders?

Viewers were baffled by Habiba’s abrupt exit and left hoping that actress Rukku would reprise her role in the soap one day.

One fan tweeted: “Wait, was that really Habiba's exit? God, what a disappointment. I love Rukku Nahar. Habiba had so much unexplored potential #EastEnders."

Another viewer added: "I thought Habiba was just moving down the road or something! Habiba was so fun. All the best moving forward. Hope Habiba and Jags come back at some point #EastEnders."

THAT WAS HABIBA LEAVING?? WHAT?? Where is everyone going?? Why is the aftermath and build up so poor oh my Gosh #EastEnders

The fact that Habiba and Jags have both left has made me sad 😔 they had so much potential, especially as a couple 😢 #Eastenders 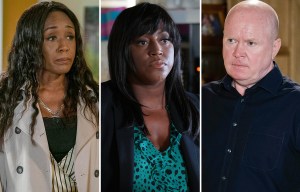 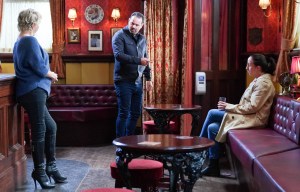 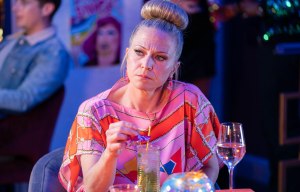 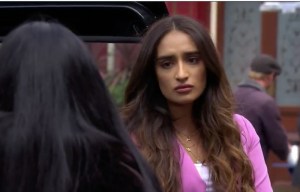 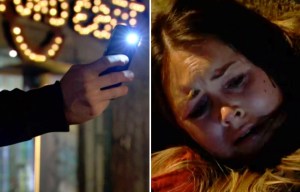 A third fan said: "#EastEnders can't let Habiba PI go, just like that! Turn the taxi round and bring her back!"

Only time will tell whether Habiba will ever make a dramatic comeback to the Square.

But with the door also having been left open for Jags’ return, might the pair reappear one day for revenge against the Panesars?

22 teams will participate in the FIFA Arab Cup. The tournament will be held in 2021
Ronaldinho on Maradona: Rest in peace, my idol. Wizard of wizards!
For the first time in 17 years, Liverpool did not score a goal in a home Champions League game
Villas-Boas suggested that in memory of Maradona to withdraw the 10th number from circulation in all teams
Vatican on Maradona: the Pope remembers him in prayer and remembers their meetings with love
Flick about 3:1 with Salzburg: Very happy with Bayern's performance. Neuer-world-class goalkeeper
Tyson about Maradona: we were often compared. He was one of my heroes and a friend
Source https://www.thesun.co.uk/tv/13003920/eastenders-habiba-exit-rukku-nahar-jags/