Unveiling a three-point action plan for a final push against the virus, Health Secretary Matt Hancock said: “We can see the way out of this pandemic.” His call to arms aims to get people to help those over 80 who have yet to have their jab, encourage more Britons to sign up for Covid-19 research trials and to stay connected with the NHS app. It comes as the government as the Government announced that a record number of 324,711 jabs were given on Friday – taking the total to around 3.5 million.

“Thank you to everyone who is helping in this fantastic national effort. Help our NHS by staying at home to save lives.”

Prince William has spearheaded efforts this weekend to urge ­people in vulnerable groups to get their jab. He also spoke of the pride he has in his grandparents, the Queen and Prince Philip, who set an example by being vaccinated at Windsor Castle. 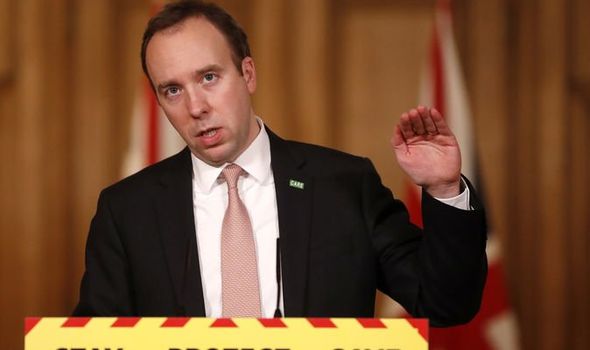 Matt Hancock has unveiled a three-point action plan for a final push against the virus (Image: Getty)
Sign up for FREE now and never miss the top politics stories again

Meanwhile, the Health Secretary, writing exclusively for the Sunday Express, urged people to Help out! Join up! and Stay informed! He wants the public to get behind the final big push which will allow lockdown restrictions to be lifted.

He said: “We are rolling out two highly effective vaccines, with a third coming in spring and others progressing through trials.

“We’re rolling it out to as many vulnerable people as possible, quickly and safely, and we expect tens of millions to be vaccinated by the spring.”

He confirmed that the NHS has now vaccinated around 45 percent of people aged 80 and over, and over a million have now been invited to book their jab at one of the NHS vaccination centres.

Hailing the largest vaccination programme in British history he suggested more people could do their bit by supporting the remaining over-80s to get their jabs. 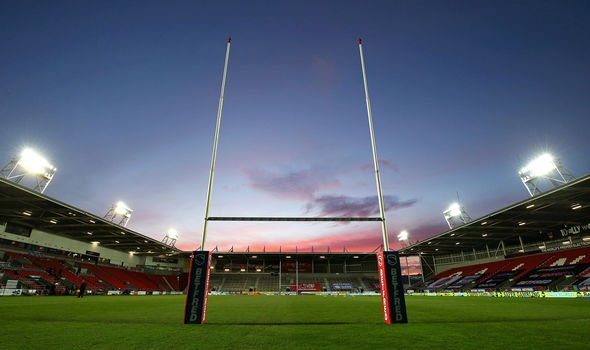 Secondly, he wants more to sign up for clinical trials for new vaccines and treatments.

Thirdly, he urged people to stay informed via the NHS app.

Mr Hancock also praised the individual efforts by health workers and others, which is helping the country turn the corner.

He highlighted Liz Parry, an NHS volunteer responder, who has so far completed 490 shopping and prescription collections for vulnerable people.

She said: “We all need to pull together to keep our communities safe and defeat this virus. Volunteering is without doubt the most rewarding thing I’ve ever done. It’s so humbling to be part of a team making a difference to people in need.” 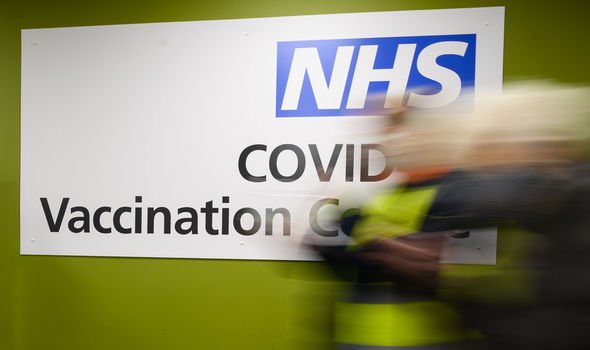 Medical staff have been praised for coming out of retirement to help administer the vaccine (Image: Getty )

Also, Yusuf, a Transport for London worker, volunteered to take part in the Novavax vaccine study after losing a close colleague and a member of his family.

He said: “Once you know someone who has been affected by Covid-19, it makes a difference.”

The chief executive of Royal Voluntary Service, Catherine Johnstone, also underlined the importance of Britain’s volunteer army, who have numbered in their millions over the past year.

She said: “We are incredibly thankful to all of the volunteers who have stepped forward so far.

“With the vulnerable once again being asked to stay at home, we have seen an increase in requests for support and now, more than ever, need more volunteers. 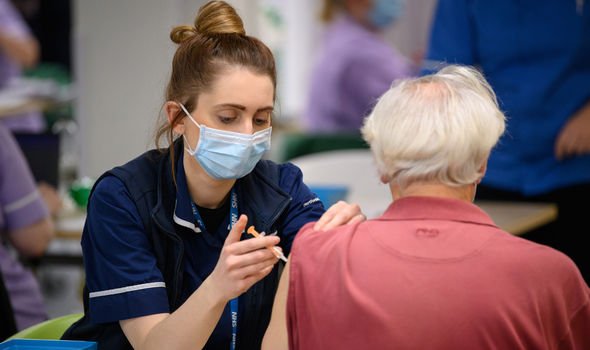 The NHS has now vaccinated 45 percent of people aged 80 and over (Image: Getty )

“We would like to urge anyone who can to please support your community with vital tasks such as shopping and prescription collection and medical transport.”

The openings mean there will be at least one site in each health region. These come on top of 1,000 GP-led services and more than 250 hospitals offering vaccinations, with dozens more high street pharmacies also vaccinating people by the end of this week.

People aged 80 or over living up to a 45-minute drive from centres can have a vaccination there or at a pharmacy. Ruth May, chief nursing officer for England, said: “We are adding more sites as supplies become available, so people can choose a convenient option.”

Medical staff have also been praised for coming out of retirement to help. One, former nurse Marion Teulon, 67, will work at Blackburn Cathedral this week.

She said: “I would urge everyone who has received an invite to come and get their jab.”

She urged people to try to turn up on time, rather than arrive too early, and to maintain social distancing at venues. Last night, the Government pledged an addition £120million for social care.

The funds will go towards care home staffing, a move which Mr Hancock said would “ensure people ­continue to receive the highest quality of care”.

Also last night, Whitehall sources brushed off criticism of Mr Hancock after he was photographed leaving a park with a rugby ball under his arm.

The source described suggestions that he had done anything wrong as “ridiculous”.