A HALF-naked Florida man tossed a Bible at a sheriff's deputy while screaming "I condemn you" before pooping himself after he was arrested.

Robert Otis Hoskins, 39, of Ocala, Florida, was arrested last week after police were called to his home following reports Hoskins had broken into his neighbor's home to steal clothes.

When confronted, Hoskins allegedly screamed "I condemn you" at a sheriff's deputy and threw a Bible at him.

The Bible landed squarely in the deputy's face and jaw, the arrest affidavit reads.

Another responding deputy was able to capture the scene unfold through bodycam footage.

The video shows Hoskins, wearing gray underwear and a black rosary around his neck, running towards the deputy while flailing an open-book Bible in his right hand.

That's when the deputies tasered Hoskins before taking him into custody.

Authorities say Hoskins then defecated on himself while he was detained, and allegedly told them God told him to break into his neighbor's home.

Hoskins said he was trying to free his neighbor's underage daughter, as directed by God.

The arrest report also includes Hoskins' wife saying he "does have a drug problem." 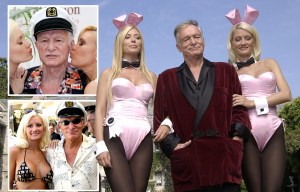 Hoskins also tried to escape from custody while in transport to the Marion County Jail.

The suspected burglar was charged with burglary, larceny, resisting arrest, battery on a law enforcement officer, and criminal mischief.

Andrea Pirlo: Messi is still on top. With such players, we must hope that they do not have the best day
The figures of Robert Lewandowski, which frightens not only the locomotive
Who will be the top scorer in the Champions League?
La Liga President on the departure of Ronaldo and Neymar: it is better to leave because of taxes than because of anything else
Kane and Son gave each other 29 assists in the Premier League. Only Lampard and Drogba (36) did it more often
Veron about Messi: Playing in Barca gives him discomfort
Mitryushkin on the move to Fortuna: Germany is a country of goalkeepers. I can learn a lot here
Source https://www.thesun.co.uk/news/12794948/florida-suspect-in-underwear-throws-bible-at-sheriff/