GWEN Stefani threw her fiancé Blake Shelton quite the surprise 45th birthday party, which featured dancing, singing, and even a cake with his mug on it.

The famous couple is currently engaged, however, Gwen recently turned heads when she was spotted with what looked like a huge wedding ring.

The No Doubt frontwoman took to Instagram to celebrate her man's big day by first sharing a throwback photo of a young Blake and wrote over it: "happy birthday puppy - we love you!"

However, that was just the beginning, as Gwen also shared a clip of Blake's family and friends yelling "surprise!" as the country singer smiled and hid his face.

A large sign that reads "HBD 45 Blake" made out of balloons can be seen in the short clip as well.

Blake is finally playfully pushed out by Gwen out into the backyard as he yells "there's Scott!" and the camera pans to show a crowd of family and friends.

Later on, the crowd sings Happy Birthday to Blake, who is now wearing a star on his head.

A man in a Superman costume leads the song, and concludes it by giving Blake a high five, as people begin to dance to 50 Cent's In Da Club.

Gwen, 51, also gave fans a look at Blake's birthday cake, which had his face and his name plastered on it.

Alongside a photo of the pair kissing on Instagram, Gwen wrote: "celebrating my besties b day today love u."

Previously, the happy duo were seen enjoying a day out in Santa Monica, California, alongside her 7-year-old son, Apollo.

However, it was hard to miss what looked like diamond wedding band next to her huge engagement ring.

Before their outing, Gwen gave her fans a glimpse into her bridal shower, posing with a glass of wine and an unopened gift.

She also captioned the post with a series of wedding-related emojis, including a diamond ring.

Gwen also, in a separate clip, exclaimed, "I'm getting married!" while at a dinner party with loved ones.

The couple, who met on The Voice in 2014, got engaged in Oklahoma last year, where they spent the majority of the coronavirus lockdown period together.

According to People, both Blake and Gwen are "adamant that no wedding will happen until it's safe for family and friends to attend."

The Voice judges are "both ecstatic" that their "summer wedding" can finally happen. 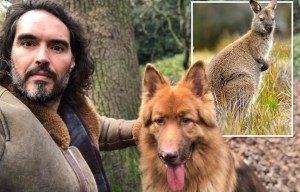 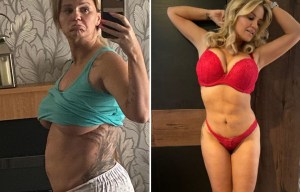 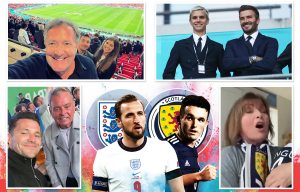 The outlet revealed: "They are getting married this summer. Gwen's boys will be very involved."

Gwen was previously married to Bush rocker Gavin Rossdale from 2002 to 2016, and they welcomed sons Kingston, Zuma, and Apollo.

Meanwhile, back in 2O15, Blake and his ex Miranda Lambert, 37, finalized their divorce after having spent about four years of marriage.