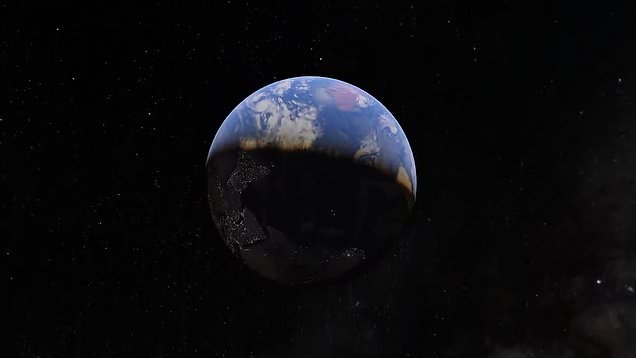 Google Earth now allows people to see the most vivid depiction of our rapidly changing planet in interactive, explorable 3D.

The tech giant has used 24 million satellite photos from the past 37 years, revealing even greater detail in its Timelapse feature.

Users can observe the real effects of urban growth, and environmental concerns such as deforestation, melting ice caps and receding glaciers from any area.

Google has previously offered a timelapsed view over Earth but this was in 2D – now people will be able to traverse in 3D.

The firm said the update is Google Earth’s biggest in five years, which it hopes will ‘ground debate’ about climate change.

‘We hope that this can ground everyone in an objective, common understanding of what’s actually happening on our planet and inspire action,’ said Rebecca Moore.

‘We think Timelapse can also be used as a blueprint for solutions, as communities adapt and respond to rapid change we’re seeing.’

Google believes it is the largest ever video of the planet.