PART of the reason we love Gogglebox so much is getting to see our favourite families slobbing out on the sofa in front of the TV - cups of tea, unruly pets, cringey PJs and all.

But needless to say, the success of the hit Channel 4 show has turned the lives of these otherwise ordinary families completely upside down.

Unsurprisingly, some of the show's female stars have undergone seriously glitzy makeovers to match their newfound fame.

From Scarlett Moffatt to Amy Tapper, here Fabulous takes a look back at most dramatic transformations within the Gogglebox cast.

Earlier this week, 21-year-old Amy - who appeared on the show with her parents and older brother Josh - wowed fans when she showed off the results of her three-stone weight loss.

Taking to her social media page, the TV favourite shared a photo of herself at her biggest, wearing a white vest top and her now living her "best life".

Amy previously told The Sun she is happier than ever with her body after shedding the pounds.

She said: "I am more confident in myself and I love myself as a person more than I’ve ever done before."

She also admitted that she used to cry after being targeted by cruel trolls while she appeared on Gogglebox.

Amy shot to fame when the family appeared on the Channel 4 show between 2013 and 2018, with the then-teen going on to search for love on Celebs Go Dating.

However, Amy says she still gets targeted by vile online haters and admitted last month that she could easily "cry her eyes out" at the nasty remarks.

The reality star also made the most of the snow earlier this month when she posted a very glam selfie to show off her long eyelashes, pink lips and flawless face make-up.

When Scarlett Moffatt and her parents Betty and Mark filmed their first series of Gogglebox in 2014, the family, from County Durham, were instant fan favourites.

After shooting to fame, Scarlett splashed out on a new set of teeth to replace the ones that had been left blackened by a bike accident when she was 11.

The Northern lass hasn't been afraid to experiment with her hair over the years - and in 2014, she sported long black locks which she then dyed red.

These days, Scarlett has gone for a more natural look with blonde highlights framing her face and often styles her hair in loose curls.

Before heading into the I'm a Celebrity Jungle in 2018, Scarlett shed two stone after she was told by doctors that she was clinically obese.

In the eight years she's been in the spotlight, the 30-year-old star has been very open about her weight - and yo-yoed between a size 18 and 8.

Ellie Warner was just 22 years old when she first appeared with younger sister Izzi on the show in 2015.

At the time, the hairdresser kept it simple with her shoulder-length but bright blonde hair.

But since then, the reality star has dyed her hair everything from green to blue.

Earlier this week, Ellie, 28, revealed she was feeling "more like herself" after dying her hair pink again in lockdown.

In the makeover video, Ellie first appeared in a pair of glasses and a dressing gown throwing her blonde hair with dark roots about.

She then covered the camera's lens for a moment before revealing her new look - pink and purple locks teamed with a colourful jumper.

But how did she achieve such a professional finish? Well, the star runs her own salon - often posting her latest styles on a special Instagram account.

She has regularly shown off new looks that she tried out on herself, recently showcasing a colour she accurately described as 'Tango Ice Blast'.

But while her sister likes her hair to be bold and bright, Izzi has swapped her dyed red hair for a more natural look.

Nowadays, the mum is looking slimmer than ever after welcoming her first daughter in April 2020.

A number of fans flocked to comment saying that she looked “beautiful” and praised her for the amount of weight she had lost.

We're used to seeing her with a cup of tea in hand as she relaxes in front of the telly with her brother Pete - but last year, Sophie Sandiford shared a glam photo from a night out.

Although Sophie started on the show with dark tresses, the star has recently dyed her hair blonde.

Posing in a pretty orange frock and holding a can of gin and tonic, Sophie joked that it wasn't "even 8 and [she was] already holding a wall"

Another fan remarked: "Rocking that cleavage. Love the dress and hair." 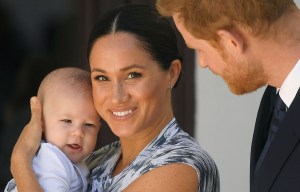 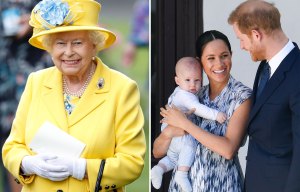 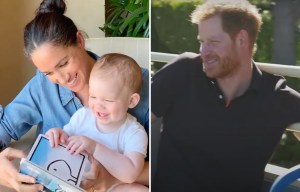 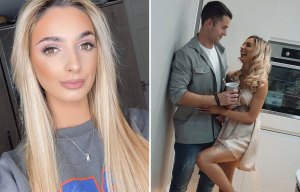 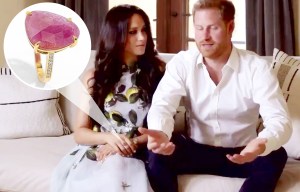 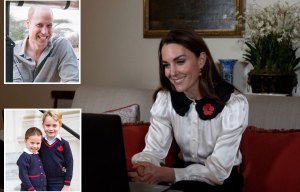 For more celebrity stories, this is how stars from Amanda Holden to Rita Ora are bringing back the ‘Rachel Rack’ by going braless.

And Stacey Solomon showed how to reuse empty diffusers to keep your home smelling amazing and it’s so easy.

Hazard has recovered from his injury and will be able to play with Betis. He has not been on the pitch for more than a month
Man City have announced the transfer of 17-year-old winger Fluminense Caiki. It was reported that he will pay 10.5 million pounds
Kudela will challenge the 10-match ban for the conflict with Kamara. Czech lawyers believe that there is no evidence of racism
Vacancy Editor-in-Chief of the Betting section
UEFA can compensate St. Petersburg for the cost of hosting additional Euro matches
Solskjaer on Super League: Bad idea. You can not give the right to participate because of the name, you need to earn it
Now St. Petersburg will host as many as 7 matches of Euro 2020:3 games from Dublin were moved here. The audience will be in all the arenas of the tournament