GOGGLEBOX fans were left in hysterics as Pete Sandiford dressed in fishnets and sexy lingerie for a racy Halloween costume.

The TV favourite was tricked into finding an attention-grabbing costume by his sister Sophie, who couldn't contain her amusement in today's episode.

Sophie was seen giggling as Pete made his way into their living room wearing the eye-popping outfit.

Fans couldn't believe their eyes when he finally came into view, wearing a curly wig, fishnet stockings, a sheer lace bodysuit, and a tiny miniskirt.

Sophie whipped out her phone and started snapping pictures as she cackled: "That is fantastic - that is brilliant!"

His sister replied: "That is the look we were going for," with Pete hitting back: "Well it's not the look I want to give off!"

Sheepish Sophie then revealed: "Is now a good time to tell you we haven't even got anything arranged?"

Pete's jaw dropped as he replied: "You're bloody joking me - you said we were going to a Halloween party on Zoom!"

Sophie also shared a video of the moment to her Instagram page, writing: "The best brother in the world award goes to….🤣🤣🤣 soz r kid @sandifordpete".

Viewers at home found the entire thing hilarious, with one tweeting: "Pete and Sophie crack me up, what the hell does he look like? I'm screaming!"

A third laughed: "Omg Pete - Sophie stitched you right up!" 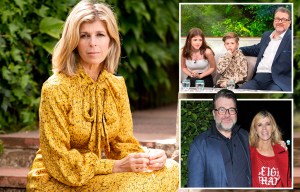 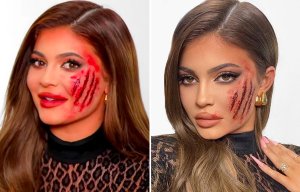 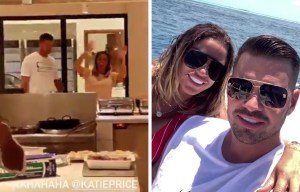 One more shared: "Pete is wearing heels… what the hell??"

This is not the first time that Pete has embraced his feminine side on Gogglebox, previously impressing with his efforts as he dressed up as Ginger Spice.

The telly addict looked incredible in a Union Jack outfit and red wig - even adding a pair of knee-high white boots.

Earlier this month, 26-year-old Pete revealed his stunning girlfriend Paige on Instagram, with fans leaping to his defence after cruel trolls claimed that he is "punching above his weight".