They say everyone who watched it remembers where they were for the Apollo 11 moon landing. Aired last Sunday, the first episode of the smoky and nostalgic BBC documentary Gods of Snooker had us believe a surprisingly large proportion of the British population were glued to their TV screens watching the first episode of Pot Black.

“Contrary to all expectations it pulled in a reasonable audience,” said the show’s director, Jim Dumighan. “So I had a feeling we were on to a winner here.”

While he was correct in thinking a weekly show pitting professional snooker players against each other in a series of quick-fire one-frame deciders would be a ratings hit, Dumighan’s recollection of events in July 1969 are not entirely accurate – the maiden episode of his revolutionary show was not quite the lunar eclipse he thinks. The inaugural broadcast of Pot Black on BBC Two began a minute shy of three hours after Neil Armstrong, Buzz Aldrin and Michael Collins had splashed down in the Pacific Ocean but would also make waves.

“Pot Black, colour television and Alex Higgins,” says the player turned pundit John Virgo without hesitation in the first of Gods of Snooker’s three hour-long episodes, upon being asked to name the factors responsible for the sport’s astonishing rise in popularity from niche pastime played in dingy working men’s clubs to national obsession in the 1980s.

Undisputedly one of his sport’s earliest deities despite his feet of clay, the first episode was largely a career retrospective of Higgins, the mercurial maestro from Northern Ireland who smoked, drank, punched and potted his way into the national psyche throughout the 1970s and 80s. We are reminded of him at his very best and worst: loving father, occasionally charming chancer, often violent alcoholic and supremely gifted snooker talent.

Never mind your five-minute maximums, his astonishing 69 clearance when on the ropes against Jimmy White in the 1982 world championship semi-final remains many people’s idea of the greatest break of all time. “I wanted to win the match, but part of me wanted him to pot the balls because he was my hero,” recalls White, who described the early stages of that astonishing Higgins cleanup as “one Ballesteros shot after another”. 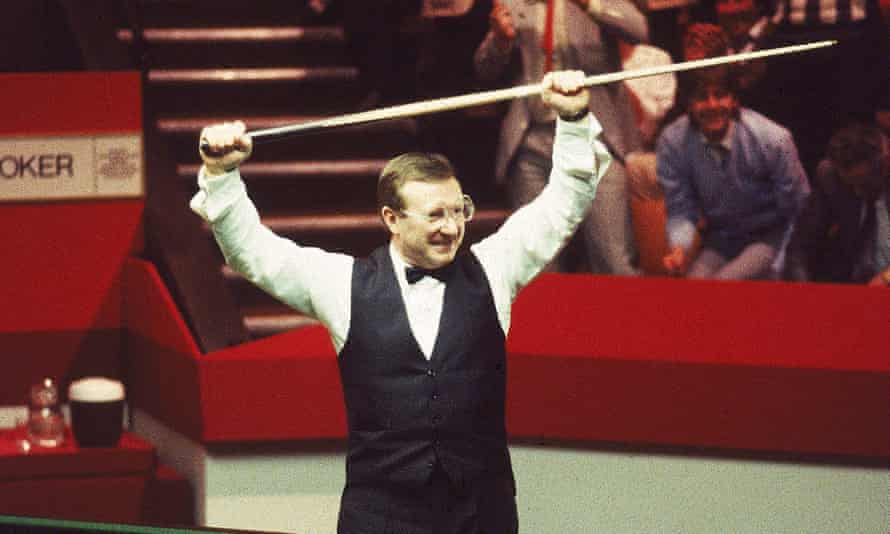 Gods of Snooker begins by chronicling the Hurricane’s rise and fall: an often tawdry, fag-sponsored, headline-grabbing TV soap opera featuring co-stars such as Ray Reardon, John Spencer, Jimmy White and Steve Davis with a supporting cast of crowd crowd-pleasers such as Virgo, Cliff Thorburn, Kirk Stevens, Tony Knowles and Dennis Taylor. The second instalment charts the rise to prominence of Davis under the meticulous management of his friend, the always charming but steely sporting svengali Barry Hearn.

“The way to get good at something as a kid was to have no distractions,” says Davis. “If you were born ugly – ginger hair, a bit of dandruff, no personality – it was very unlikely that you were going to want to start going out to nightclubs. You would much prefer to be in a dark room without mirrors, practising knocking the white ball up and down the spots for eight hours a day.”

Despite going on to win six world titles and at one point become UK sport’s highest earner, Davis’s endless hours of practice didn’t always make for perfection. They say everyone who watched it remembers the closing frame of the 1985 world championship “black ball final” between Davis and Taylor.

Twelve years old at the time, I was on the sofa, tearfully bickering with my mother who had come downstairs to point out that it was gone midnight – time to turn off the television and go to bed. Woken by raised voices, my father joined us to see what all the early morning shouting was about.

More than 35 years later, I remain grateful for his intervention and adjudication. Mother was eventually overruled on the grounds that this ugly kid had put in countless hours of obsessive viewing over the previous two weeks and earned the right see out the final frame. It remains the only argument I remember my father winning against his wife of more than 50 years and some time later Taylor sank the final black into the corner pocket to win his only world title.

In their own individual ways, both were popular, life-changing landmark victories. Only one was witnessed by a truly remarkable audience of more than 18 million people.

Met Office launches search for the next storm names