Girl, 13, fighting for her life after men armed with machetes force their way into house and stab her

A 13-year-old girl is in critical condition after being stabbed by intruders armed with machetes in Co Fermanagh.

The attack occurred last night when a number of men forced entry into a home and attacked the two female occupants, a girl 13 and a woman 44, at Trasna Way, Lisnakea.

Police say they are treating the attack as attempted murder.

The PSNI received a call about the intruders at 9.15pm and rushed to the scene where the woman and child were then brought to hospital.

The young girl sustained serious injuries and is in a critical but stable condition in hospital.

A 41-year-old woman was also treated for stab wounds but is no longer in hospital.

There was also a baby present who was left unscathed in the brutal attack.

The PSNI are asking anyone with information or who noticed any suspicious activity in Enniskillen to come forward.

Detective Sergeant Keith Monaghan said: “Police received a report at around 9.15pm that a number of males, armed with machetes, had forced entry to a house and attacked two female occupants.

"A 13 year old girl sustained serious stab wounds as a result and was taken to hospital where she remains in a critical but stable condition.

"A 41 year old woman was also treated for stab wounds to her leg but has since been discharged from hospital. A baby was also present at the scene but was thankfully unharmed. 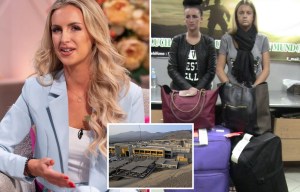 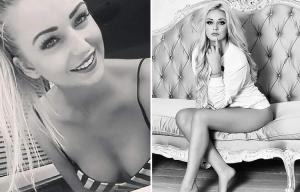 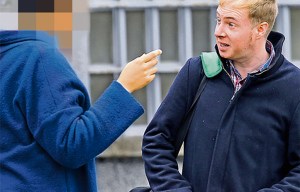 “This must have been a terrifying ordeal for those involved and we are determined to find the men responsible.

"We have several lines of enquiry which we are progressing at this time but I would ask anyone with information or who noticed any suspicious activity in the area to contact detectives in Enniskillen and pass that information on. The number to call is 101 and the reference number is 1650 16/11/19.

"Alternatively, information can also be provided to the independent charity Crimestoppers on 0800 555 111 which is 100% anonymous and gives people the power to speak up and stop crime.”

This is the best Milan in years: superkambekom with Juve (3 goals in 5 minutes!) saved the intrigue in Serie A
Zlatan Ibrahimovic: I am the President, player and coach! If I had been in Milan since the start of the season, we would have taken the scudetto
Sarri on the defeat by Milan: we played first-class football for 60 minutes. Then-turbidity
Pioli on the victory over Juve: Milan became a team. We can play even better
Pioli beat Juventus for the first time as a coach
Vardy has scored 10 goals for Arsenal in Premier League matches. Only Rooney has more
Ronaldo scores or gives an assist in 17 consecutive Serie A matches, where he scored 25 (21+4) points
Source https://www.thesun.co.uk/news/10363545/girl-stabbed-machete-house-lisnakea/