Girl, 11, dies after going into cardiac arrest at school 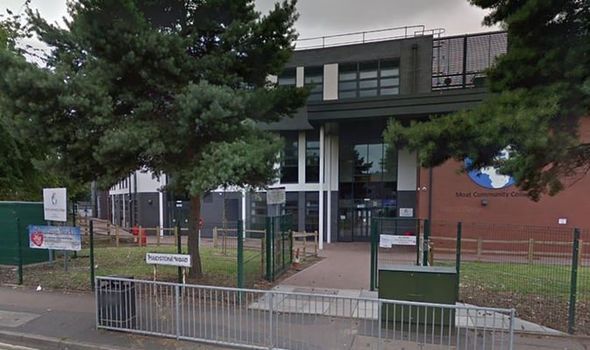 A girl died after falling ill at Moat Community College in Leicester (Image: Google)
Sign up to receive our rundown of the day's top stories direct to your inbox

Pupils and staff are in mourning at Moat Community College in Highfields, Leicester, following the death, which was confirmed yesterday. The girl became ill there at around 11.30am last Tuesday and died a short time later, the school said.

Trained counsellors are helping youngsters grieve after the "tragic event" rocked the large school, which is near the city centre.

Three paramedics, a crewed ambulance and an air ambulance were despatched to the scene last week, reports Leicestershire Live.

Brian Killeen, principal of the school which caters for around 1,000 children, said: "Everyone at Moat Community College is devastated by this tragic event.

"We are in touch with the pupil’s family and our thoughts are with them all at this dreadful time.

"We will be continuing to offer support to our students and staff over the coming days and weeks.

"The city council is providing trained counsellors who have been on site since Thursday morning to offer help to those who need it.

"What caused this tragic event has not yet been established, so it would not be appropriate to comment further at this stage."

Police are preparing a file for the coroner but say the death is not being treated as suspicious.

A spokesman for Leicestershire Constabulary said: "Shortly before midday on Tuesday, October 12 a call was received from the East Midlands Ambulance Service stating an 11-year-old girl had gone into cardiac arrest at a school in Maidstone Road, Leicester.

"Her death is not being treated as suspicious and a file has been prepared for HM Coroner."

A spokesman for East Midlands Ambulance Service said: "We received a call at 11.32am on Tuesday, October 12 to Maidstone Road, Leicester.

"The caller reported a medical emergency.

"We sent three paramedics in ambulance cars, a crewed ambulance and the air ambulance was also in attendance."

Sainsbury's teams up with Amazon to open store with no till

‘A creator for the history books’: Fashion industry pays tribute to Virgil Abloh

A63 closures from today - where will be closed and when

'Gifts from the Heart' is Biden White House Christmas theme

Covid Christmas boost as WHO RULES out need for lockdown: 'Don't be blinded'

I’m a property expert, these 10 tips will keep your house warm in winter WITHOUT breaking the bank

What time is the Ballon d’Or 2021? Live stream and odds with Messi and Lewandowski nominated

Man hit by BMW as police cordon off roundabout

UK and Israel to unite in ‘thwarting’ Iran’s nuclear ambitions

Classic Camembert is given festive 'sprouty' makeover by Aldi

Best bets and odds: Wilfried Zaha and Raphinha both to score Was 9/1 Now 12/1

One in a hundred Covid patients at risk of fatal brain condition, research shows

Did vaccine inequity cause the emergence of Omicron?

Virgil Abloh dead: Kylie, Kendall and Kris Jenner pay tribute to Louis Vuitton designer after he passed away from cancer

UK migration deal will have to be agreed with entire EU, insists France

What to do when you’re caught doing nothing at work

Man charged with death by dangerous driving of Gateshead woman