Girl, 11, collapses and dies after going into cardiac arrest at school in Leicester

AN 11-YEAR-OLD girl has collapsed and died after going into cardiac arrest at school.

The schoolgirl died after falling ill at Moat Community College in Highfields, Leicester. 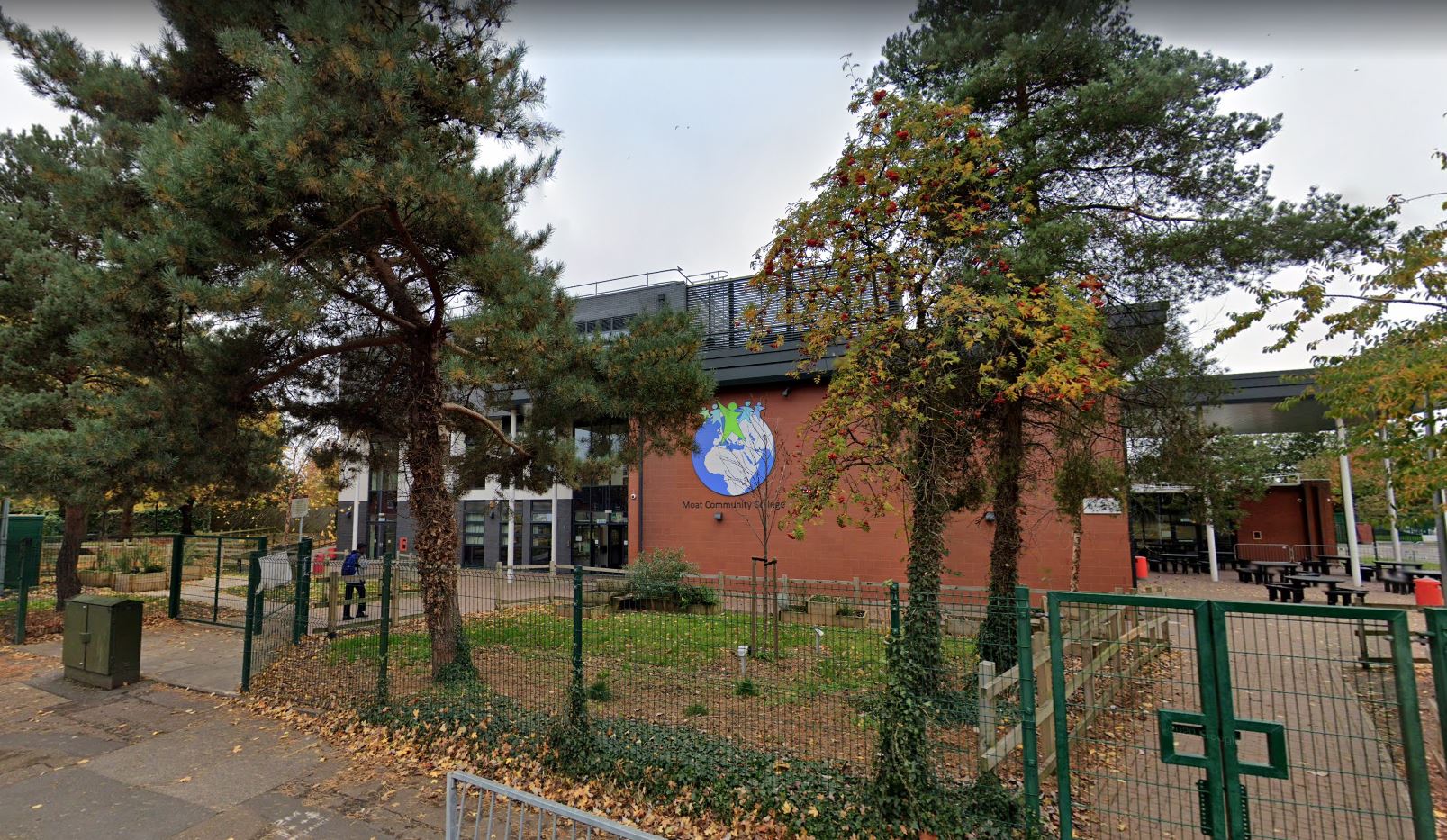 The girl died after collapsing around 11.30am at Moat Community College in Highfields, Leicester last TuesdayCredit: Google maps

She collapsed around 11.30am last Tuesday and died a short time later, the school said.

Trained counsellors are helping children grieve after the school was plunged into mourning, the Leicester Mercury reports.

Brian Killeen, principal of the school which caters for around 1,000 children, said: "Everyone at Moat Community College is devastated by this tragic event.

"We will be continuing to offer support to our students and staff over the coming days and weeks.

“We will be continuing to offer support to our students and staff over the coming days and weeks.

“The city council is providing trained counsellors who have been on site since Thursday morning to offer help to those who need it.

“What caused this tragic event has not yet been established, so it would not be appropriate to comment further at this stage.”

Paramedics raced to the scene after the emergency was reported.

A police spokesman said the girl's death is not being treated as suspicious and a file has been prepared for the coroner.

The Leicestershire police spokesman said: "Shortly before midday on Tuesday, October 12 a call was received from the East Midlands Ambulance Service stating an 11-year-old girl had gone into cardiac arrest at a school in Maidstone Road, Leicester.

"Her death is not being treated as suspicious and a file has been prepared for HM Coroner."

Do you have a story for The Sun news desk?

BREAKING: Man charged over the alleged murder of Amber Gibson

How to stop your cat from climbing your Christmas tree

ADVERTORIAL: Read how Lewis Webster rose from rags to riches

Storm Arwen: How to claim from Northern Powergrid if you were cut off

ADVERTORIAL: See how Lewis Webster turned his life around to improve his mental health

Virgin Media down as thousands of customers report outages

Four women and girl, 17, arrested for murder after man, 37, dies in street row at housing estate in East London