GEORGES ST-PIERRE has weighed in on the never-ending greatest-of-all-time conversation, insisting the concept of the GOAT is 'fugazi'.

The debate over the greatest fighter to ever step into the cage rages on, with fans and fighters chopping and changing their opinions regularly.

That can be attributed to recency bias, which most in the MMA world are susceptible to.

Last year, before the undefeated Khabib Nurmagomedov announced his retirement after beating Justin Gaethje at UFC 254, the GOAT conversation was on the lips of many in the MMA world.

McGregor sparked furious debate amongst MMA fans after sharing his GOAT list, which, of course, included his own name.

McGregor placed himself second in that list, behind former long-reigning middleweight champion Anderson Silva and ahead of St-Pierre.

But what was McGregor's reasoning for putting himself ahead of St-Pierre?

His 'array of finishes', GSP's apparent bottling of a super-fight with Silva and the Canadian's moving up to middleweight to take on a 'one-eyed fighter.'

That fighter, of course, is former 185lb champion Michael Bisping, who St-Pierre dethroned at UFC 217 in November 2017.

St-Pierre, as he so often does, didn't respond to McGregor's analysis of the mixed martial arts annals.

The 39-year-old - who many believe is the best to ever do it - doesn't concern himself with the GOAT talk, which he believes is somewhat of a pointless debate.

St-Pierre told SunSport: "The GOAT discussion is, like, fugazi. It’s like discussing the possibility of how Batman would beat Superman and things like that. It’s an illusion.

"Because when you fight someone, you never fight the same fighter twice. Because a fight leaves a scar, which is physical or mental.

"It can make you more confident and can increase your level, or it can decrease it. I don’t know what to think about it."

As much as he tries to distance himself from the GOAT conversation, St-Pierre is aware of his standing in the debate.

But in time, he believes that will change. 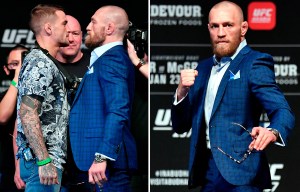 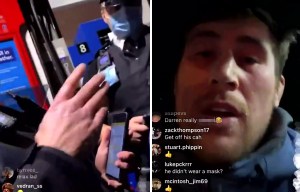 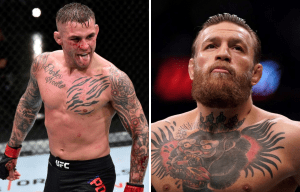 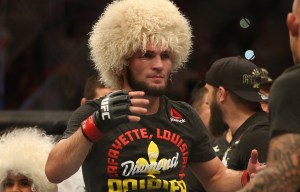 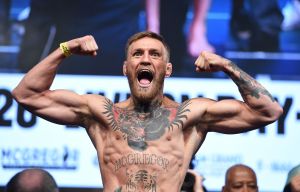 "Now, you can learn a technique via Youtube and via social medial. So you can increase your knowledge without being physically there.

"And this is something that wasn’t possible when I was young. I mean, it was possible, but it was not done.

"So that’s just one of the reasons why the athletes of today has better results and the performances are better. But the person is not necessarily better.

"And that’s why I believe the records are made to be broken. Because of the technology. The technology made the performance better."

Pep Guardiola: Garcia will play for Barcelona. Eric-top player
Ex-President of Barcelona Bartomeu and 2 other people detained in the case of Barcelonagate
Police conducted searches at the office of Barcelona. This is due to the scandal with criticism of the players in social networks
The modern top-match of the Premier League is a pressing battle (but not a show). Tuhelj and Solskjaer again proved it
Manchester United will ask for Lingard 20+ million pounds. He may be included in the transfer of Rice
Manchester United and Leeds are Interested in 30-year-old defender Torino Nkulu
The only time he got mad at me was when I put the kettle whistle on the tailpipe of his car. English coach Glen Roeder has died
Source https://www.thesun.co.uk/sport/13723511/georges-st-pierre-conor-mcgregor-goat-ufc-news/

Why are Barcelona being investigated? Will it force Lionel Messi’s transfer away from Nou Camp?

Underground nuclear bunker with 56 bedrooms goes on sale for £435,000

Brazil variant: Government unable to say how many arrivals fail to fill in details, amid hunt for missing patient

Ethiopia rebuffs US call to pull outside forces from Tigray

Family ‘slaughtered by servant as mum is raped and stabbed to death & son, 6, strangled’ while dad was on business trip

76 per cent of families get first choice secondary school

How is Prince Philip doing? Latest updates on the Duke of Edinburgh’s health

Biggie: I Got a Story to Tell – Netflix’s new documentary gets mixed reviews

Online casino offer: Claim up to £300 in bonus cash by signing up to Sun Vegas – plus free £20 offer

You can rent an entire Maldives private island for $1m

Health warning: If you have a cough don't assume it's Covid

Kim Kardashian’s $60million home invaded by trespasser, 24, who claimed star was his wife after crashing through gates

EU workers may lose right to live in UK after returning to home country in Covid crisis, report warns

So you don't want to take the coronavirus vaccine? Here's what you need to know

Prince Philip to a London hospital for infection treatment

Matt Hancock to give latest Covid-19 update at 5pm