George Galloway said the UK now has the advantage in its trade talks with the EU, which he described as “scrambling to keep up with us”. In a scathing assessment of the European Union and its chief Ursula von der Leyen, Mr Galloway said that “they need us more than we need them”. He pointed out the European economies were on the edge of recession and could not withstand a disruption in trade with the UK.

This comes after Boris Johnson has signed the Brexit withdrawal agreement in Downing Street.

That paves the way for ratification by the European Parliament next week to ensure a smooth UK departure from the EU under the terms of the withdrawal agreement.

The Prime Minister hailed a "fantastic moment" for the country after he put his name to the historic agreement.

Earlier on Friday, the presidents of European Commission Ursula von der Leyen, and the European Council Charles Michel, signed the document in Brussels, before it was transported to London by train. 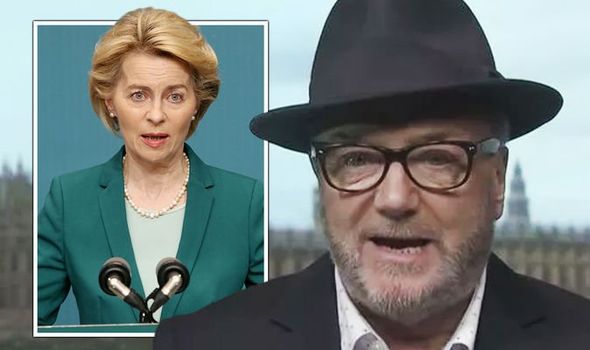 Galloway said the UK now has the advantage in its trade talks with the EU (Image: RT) 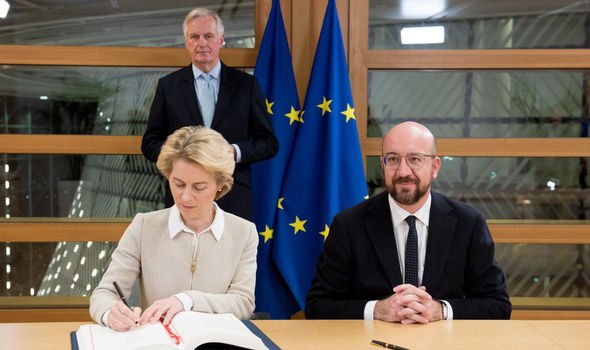 Speaking to RT, Mr Galloway said Brexit was the culmination of a fight he had been involved in since 1975.

He explained: “Now we are about to achieve it. We leave the faded and failing economies of the EU behind us and we go into the world.”

He attacked European Commission Ursula von der Leyen, and the European Council Charles Michel as “those two nameless individuals" before boasting that "they will only be ruling us until the end of the month”.

Mr Galloway continued: “They were amongst the people telling us there would never be a Brexit deal. Now they are a scrambling to get a deal done! 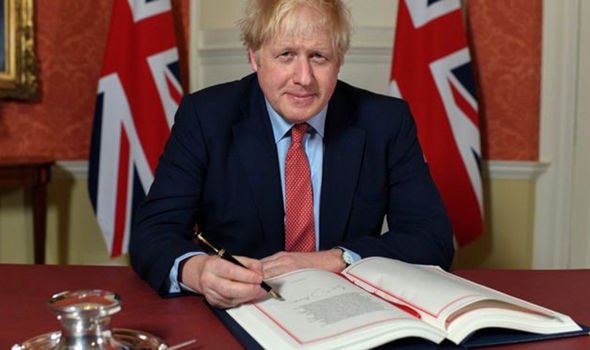 “The balance of power in this negotiation has changed. We are leaving and they have to scramble to catch up with us

“Their own economies are precariously balanced. They are on the edge of recession in some cases, or already in recession in other cases.

“They cannot bear stand a complete cessation of economic activity between them and us. They need us more than we need them. 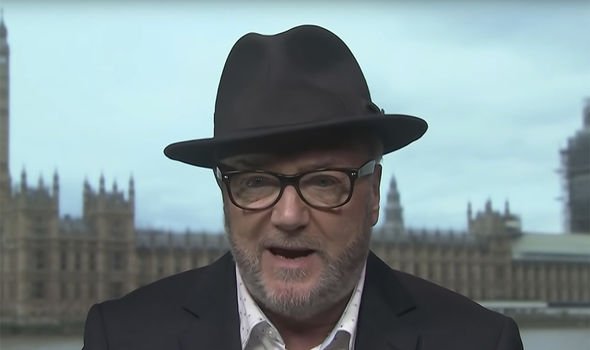 Galloway also lashed out at Emmanuel Macron for his handling of the recent pension reform protests (Image: RT)

Mr Galloway also lashed out at Emmanuel Macron for his handling of the recent pension reform protests.

He said: “Even the ballet dancers and lawyers and opera singers are on strike. The Eiffel Tower is shut down. This is quite unprecedented.”

“The French working class are saying to Macron that he must go.

“The pension crisis is only the proximate cause of this unrest. It is a symbol of the policies championed by Macron.

“Macron wanted to bring his view of things to the EU. But his own people have stood up against him.”