The major arts organisation, which was founded by the Scottish Government in 2006, has dropped the word after it was discovered it was used as a derogatory term during World War 2. However, "spooky" is still set to be used in this year's festive period, including in events like the Silverburn’s Spooktacular event and organisations including VisitScotland and supermarkets. The move comes as part of increasing commitments to battle back against racism in the wake of the Black Lives Matter movement.

Recently, the NTS has recently identified a list of offensive words, which includes "spooky".

A source for the theatre told Scottish daily newspaper the Daily Record that while nobody complained about the word, they remain committed to tackling racism and are being “extra careful”.

The insider said: “No one has complained about it but there were worries they could in the future.

“It might seem mad but NTS is committed to fighting racism so need to be extra careful in the language it uses. 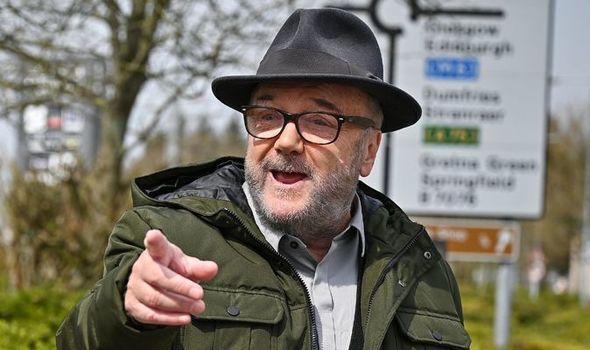 George Galloway has erupted after the National Theatre Scotland has banned the word 'spooky' (Image: GETTY) 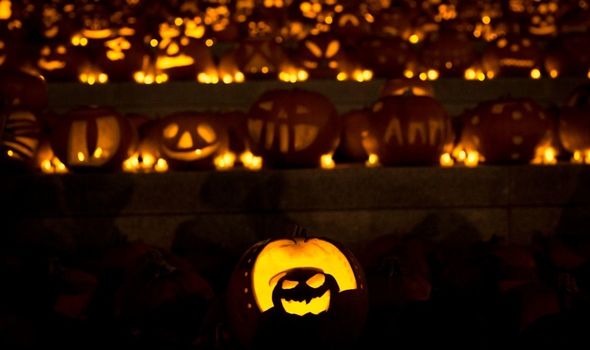 Halloween-esque word 'spooky' has been banned by the National Theatre Scotland (Image: GETTY)

But the move to ban the Halloween-esque word has sparked a furious reaction from Mr Galloway, who is the founder and lead spokesman of the All for Unity party, which contested a number of seats in the Scottish election in May.

Reacting to the news, he wrote on Twitter: "I don’t observe Halloween or Guy Fawkes Day, for religious reasons.

"But for Scotland to ban the use of the word 'spooky' because, unknown to 99.99 percent of us, the word was used as a racial slur 80 years ago is Peak Natland." 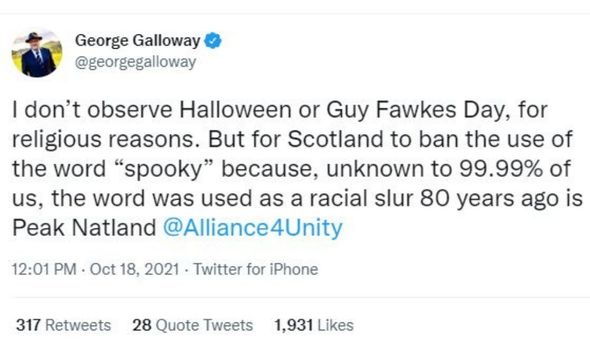 George Galloway is surious over the word 'spooky' being banned (Image: @georgegalloway / Twitter)

The political veteran replied: "Satan is obvious enough in the world without making a festival of it."

The word "spooky" has been widely used throughout the world but controversy has been attached to it in the US over recent decades.

It has been used in the English language since around the 19th century and has also been used when describing a spy. 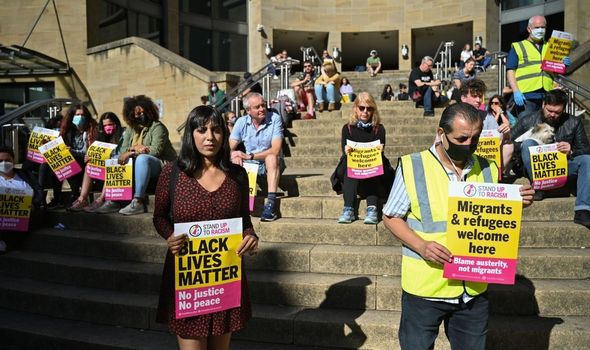 But during World War 2, US military officers started using it as a derogatory term when talking about black pilots.

It was seen in The Human Stain, which was written by Philip Roth in 2000.

In it, the author told the story of an academic who had to quit after he called two black students “spooks”.