THE owner of the store in Minneapolis, where George Floyd allegedly tried to use a forged $20 bill, says he will no longer cooperate with the police because it "always does more harm than good".

It was Mahmoud Abumayyaleh's store, Cup Foods, that made the call to police which triggered a chain of events leading to George Floyd's death.

In a post to Facebook on May 31, Mr. Abumayyaleh said: "We are deeply saddened and outraged by what happened to George Floyd in front of our store.

"There is no justification for the use of reckless force displayed by the police that murdered George Floyd."

Mr.Abumayyaleh was not present at the store, which has been owned by his family for 31 years, at the time of Floyd's killing.

His nephew, however, berated the police while they tussled with Floyd, he said, and was pushed away by the officers.

The Minnesota store owner continued: "the incidents that led up to this event teach us all an important lesson about dealing with police.

"By simply following procedure we are putting our communities in danger.

"Until the police stop killing innocent people, we will handle incidents like this one using non-violent tactics that do not involve police.

"Despite the fact that George never resisted arrest, police proceeded to end George Floyd’s life over a counterfeit bill.

"It’s likely that George did not even know that he had a fake bill, to begin with." 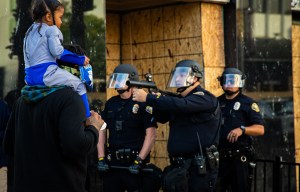 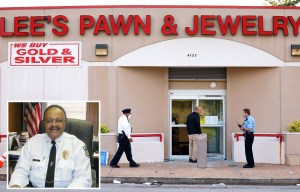 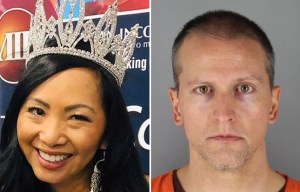 A clerk at the store had called the police on George Floyd around 8 pm on May 25 after the 46-year-old security guard allegedly tried to pay for cigarettes using a counterfeit bill.

Responding police arrested Mr. Floyd outside of the shop where one proceeded to push him to the ground.

Officer Derek Chauvin knelt on Mr. Floyd's neck for nearly nine minutes despite his pleas that he couldn't breathe.

He died at the scene.

Protests against Mr. Floyd's death began the day after he was killed and have since spread across the country.

Donald Trump and Joe Biden have both called the Floyd family to express their condolences.

Derek Chauvin has since been charged with murder while the other three officers involved in the incident have been fired.

Baros will end his career at the end of the season
Pogba and Brunu were injured when they collided in training. The Bournemouth game is in question (Daily Mail)
Ex-President of Barca Gaspar: Messi has a few more years to be the best player in the world
Morata scored a double for Atletico for the first time since March last year
Rummenigge on Tiago: there have been no Contacts with Liverpool, but he wants something new
Rivaldo on Messi in Juve: The world will boom. The Duo of Lionel and Ronaldo will go down in history
Atletico Interrupts the penalty for the second match in a row. Morata converted an 11-yard shot from the 2nd attempt
Source https://www.thesun.co.uk/news/11771295/george-floyd-store-owner-never-call-911/

Caprice, 48, picks up a bargain at a London Poundland in a hot pink Gucci jumper

Hairdressers opening rules: Will I have to wear a face mask and can stylist blow dry my hair?

Great-grandma sues child services after boy, 4, was ‘raped by dad and then murdered by parents’

Woman, 58, found stabbed to death in London home as man, 31, charged with murder

Lockdown: Rishi Sunak urges public to head back to pubs and restaurants to help save economy

Transfer news RECAP with all the latest rumours and done deals

Paisley murder victim Ryan was stabbed and left for dead

Police 'bottled and attacked' while breaking up illegal lockdown party