General Election 2019: Just 10,000 voters in battleground seats have destiny of Brexit in their hands

JUST 10,000 voters in battleground seats have the destiny of Brexit in their hands.

Swing voters in knife-edge constituencies will be crucial on Thursday in deciding if Boris Johnson gets it done.

But there are fears Nigel Farage’s Brexit Party could gain enough votes to stop him returning to No 10.

Election analyst Lord Hayward said: “For those who want to return a pro-Brexit MP, they will need to support the Conservative candidate.”

The Tory peer’s eve-of-poll reckoning shows that between ten and 15 thousand — a tiny fraction of the UK’s 47million electorate — hold the country’s fate in their hands.

Mr Johnson winning a majority in the early hours of Friday morning will see a Commons vote before Christmas Day and ensure the UK leaves the EU at the end of January.

But a hung Parliament would likely lead to Jeremy Corbyn in Downing Street, propped up by the SNP and the Lib Dems — leading to another EU vote and a new independence referendum in Scotland.

And Mr Farage’s decision to field candidates in all seats not held by Conservatives could see tight results.

The Brexit Party itself looks unlikely to win anywhere, having fallen to around three per cent in the polls.

But Eurosceptics still voting for them could let in Labour MPs.

These include Crewe and Nantwich, where Labour hold a wafer-thin 48-vote ­majority.

A battle for last-minute votes will also be waged in Ashfield, Notts, where Labour are holding on to a 441 majority.

Lord Hayward said: “If you are undecided between the Tories and the Brexit Party in the constituencies I’ve identified and others, there is no question you should vote Conservative.

“There will be a number of seats in this group that are decided by only a few hundred or possibly a thousand votes. Any decision that people make has to be made in the full knowledge that this is a series of very close contests.

“It will depend on how the result ends up, but if it is close to a hung Parliament or not, then probably about 10-15,000 will decide that.“In the case of West and South Yorkshire, the ‘red wall’ is full of seats that will be crucial.

“In this election, you can’t draw a straight line and say, ‘If that’s a majority, these seats will change’. It will come down to small groups of voters in a small group of seats.”

John Longworth, who was sacked by the party on Wednesday, said: “For those who want Brexit, Boris Johnson’s deal is the only option available. Labour does not have a plan.”

Results across the country could also see some big names booted out.

Foreign Secretary Dominic Raab is the highest-profile politician at risk, despite his 23,000 majority.

He is being targeted by the Lib Dems hoping to draw in Labour Remain supporters.

Even party leaders Boris Johnson and Jo Swinson could be in trouble as rivals flood their constituencies with activists. 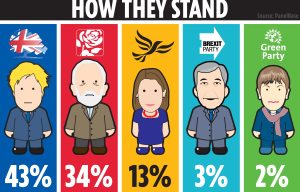 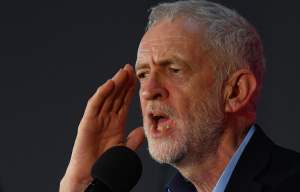 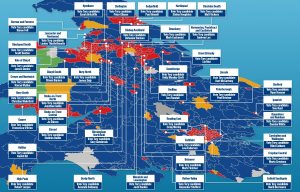 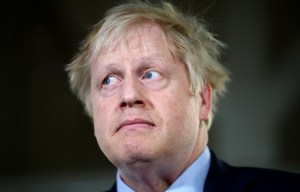 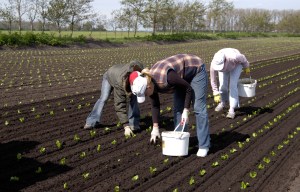 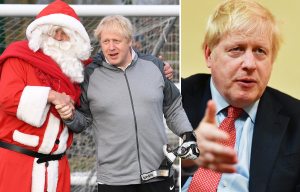 Environment Minister Zac Goldsmith has only a 45-vote majority while Iain Duncan Smith is threatened by Labour in Chingford and Woodford Green.

Labour figures at risk include Shadow Minister Laura Pidcock in North West Durham and veteran Dennis Skinner, who has held his Bolsover seat since 1970.

A bellwether seat for TV viewers to watch out for will be Dartford in Kent. Since 1964, whatever party has won it has formed the Government.

Showsport: Tiago will make Liverpool more variable and thinner. Bayern will feel the loss, but only in the top matches
Jose did not include Dele alli even in the application (it seems, because of the conflict), but so far remained the winner-Son scored 4 from Kane's assists
Negredo scored the first goal for Cadiz. He has 113 goals in La Liga
Jose Mourinho: Kane killed the game. Tottenham were too good in the 2nd half
Braithwaite suffered a quadriceps injury in Barca training
Kane scored 5 (1+4) points in the match against Southampton
Son Heung-Min made a poker in the match against Southampton. All goals - from Kane
Source https://www.thesun.co.uk/news/10506808/election-battleground-seats-brexit-destiny/