GEMMA Collins continues to shed the pounds and look stunning, this time showing off her figure in leopard print loungewear.

The 39-year-old Towie star lounged glamorously atop her bed in the head-to-toe leopard print hoodie set.

Looking like a Hollywood starlet, Gemma who has lost three stone, posed seductively with her arms over her head, looking up towards the camera.

She wore her blonde her in crunchy waves over her shoulders and opted for a fully contoured face and nude lipstick.

The sexy leopard print outfit is part of her latest Gemma Collection and will set you back about £49.

The GC posted the sultrily pic to Instagram and captioned it: "Night Huns ✌🏻 new lounge wear in @gemc_boutique 🙌🏻."

Her loungewear will come in sizes 12 - 26 as part of her collection's commitment to service plus sized women.

Gemma's committed fans showered her with compliments, telling her she was an "icon".

One Instagram user told Gemma, "this is a viiiiibe" while another said, "need this".

Another fan said, "this loungewear is not a want but a need" and one follower described the reality star as a "goddess".

Gemma has been posting no end of sultry selfies since her weight loss, last week proclaiming herself a "work of art" as she posed in a silver tracksuit.

She also posed in a figure-hugging white outfit showing off her slender frame, writing: "SUCCESS only comes from one thing. HARD WORK."

The Queen of Memes has been working hard to lose weight this year by sticking to a strict diet and workout regime.

She has been on a strict meal programme and even went on a £5,000-a-week 'juice camp' in a bid to shed the pounds.

But she's also been using the controversial Skinnyjabs to help with her weight loss.

Her stunning transformation comes as she defiantly moves on from on-again, off-again boyfriend James Argent.

She took a swipe at her ex saying she had never been in love with anyone she worked with.

Gemma made the admission on her new BBC podcast Gemma Collins Love Lounge as she discussed workplace romances. 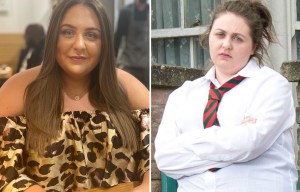 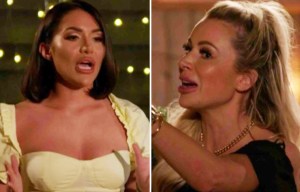 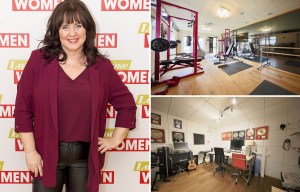 Gemma first briefly dated Arg in 2012 after meeting on him on Towie. The pair then had a well-documented on/off romance on the ITVBe from December 2017.

The GC dumped Arg this summer after he cruelly fat shamed her, calling her a "hippo" and "fat f**k" in a string of vile WhatsApp messages.

She was also heartbroken when he asked if they could be in an open relationship, with Arg previously praising the Towie favourite for supporting him during his cocaine addiction.

Weighing in on workplace relationship, Gemma insisted that she had "never fallen in love with anyone" who she worked with and "couldn't think of nothing worse".

Miranchuk and Krykhovyak are the best Loko players in the match against Bayern according to Bild, CHorluka and Murilo are the worst
Salzburg coach about the Champions League: we deserved more than one point in two games
With Lukaku, it is useless to play in a power struggle. Shakhtar defender Bondar on the Inter forward
Ivanov will serve the match OF AZ-Rijeka in the Europa League. Rotor appealed his refereeing in the game with Loko
Gasperini on Ajax: it's not easy for everyone Against them. Atalanta made a great comeback
Real Madrid came away from defeat for the 8th time in a Champions League match, losing by 2 goals. The club has updated its record
Felix on red Bull's double: I enjoy playing in the Champions League the Most
Source https://www.thesun.co.uk/tvandshowbiz/12765819/gemma-collins-three-stone-weight-loss-amazing-leopard-print/