DOCTORS have revealed the horrors on the Gaza frontline as the fighting continues between Israel and terrorist group Hamas - with fears Covid could spread like wildfire.

Dr Natalie Thurtle, the coordinator for Medicines Sans Frontiers (Doctors Without Borders), told The Sun Online about the "truly inhuman" conditions as their clinic in Gaza City was damaged in an air strike.

Violence has been raging between Israelis and Palestinians again over the last two weeks as protests and unrest turned into airstrikes and rocket attacks.

Dr Thurtle, who is based in Jerusalem, told The Sun Online that MSF's team in the Gaza Strip are working in 24-hour shifts in a desperate bid to help the wounded.

She said the region's health system "can't possible cope" with the current crisis and called for an end to the violence - or at least a ceasefire so dwindling medical supplies can be replenished.

Blood is running low, ambulances struggle to travel the bombed out roads, hospitals and clinics have been damaged, and Gaza is now feared to be on course for Covid outbreak.

The Covid-19 testing centre in Gaza has been destroyed and around 40,000 people are now displaced and seeking shelter.

Dr Thurtle warned the deadly bug is "likely to spread" - with WHO saying that just 38,000 people in Gaza out of two million have received the first jab, less than two per cent of the population.

It is a stark contrast to Israel who have given more than 60 per cent of the population their first dose.

MSF have said the Gaza is being pushed to the "edge of catastrophe".

Covid rates were down to around 100 per day in the State of Palestine from highs over almost 3,000 last month.

"My colleagues in Gaza are terrified, we are speaking to them daily and it’s enormously confronting," she told The Sun Online.

"Most are primarily concerned about the impact on their children, terrified every night in their basements.

"It’s truly inhuman what they are going through."

It is now estimated 212 people - including 61 children - have been killed in Gaza, with over 1,300 injured, while 9 people have died in Israel, including a child, with around 560 wounded.

Israel is launching airstrikes against the Palestinians in response to Hamas militants firing rockets at them from the Gaza Strip.

Israeli forces insist they are attempting to strike against terrorist forces and leaders - but the collateral damage is mounting amid fears of a new humanitarian crisis in Gaza.

Dr Thurtle told The Sun Online: "Israel needs to stop these attacks as they kill civilians, 30% of whom are children, and damage health infrastructure including MSF’s clinic, despite attempts to remain targeted.

"We also need safe access for humanitarian staff and supplies to be negotiated immediately."

Pictures show the MSF clinic has its side wall blown open - with a number of people killed in the nearby strike despite those in the clinic escaping unscathed.

It was used to treat burns, but the clinic's sterile room has been left unusable due to fears of infection.

Our staff are in constant fear for their lives and livelihoods

"Our staff are in constant fear for their lives and livelihoods," Dr Thurtle said.

"It’s intensely challenging for our staff to work under these conditions.

"Staff have lost their homes, our clinic was damaged, plus the mental health impact of living and working during conflict is immense.

"Access is a serious challenge, we have so far been unable to get additional staff or supplies into Gaza.

"Staff in Jerusalem and the West Bank are working under conditions of nightly unrest, with shooting, teargas and fires commonplace."

The MSF team is now working at Al-Awda Hospital in northern Gaza where they are working to help perform vital operations.

Dr Thurtle said they are treating up to 45 patients there every day - mostly women and children - who are suffering deep wound and severe burns from the airstrikes.

"The Ministry of Health is reporting that they will shortly run out of blood bags, meaning patients cannot be transfused with blood which is a key life-saving treatment in trauma care," she said.

"There is no current ceasefire and therefore stocks and human resources continue to be depleted as infrastructure is destroyed.

The world's eyes are on the ongoing crisis as calls grow for a ceasefire.

New airstrikes were unleashed before dawn on Tuesday as 100 bombs and missiles fell over the Gaza Strip - levelling a building in Gaza City.


History of Palestine and Israel

THE Israel Palestinian conflict has rumbled on for decades, having begun over a dispute between land and borders.

The area of land in question, formerly known as Palestine, was initially inhabited by a Jewish minority and an Arab majority.

However, between the 1920s and 1940s, Jews began arriving in vast numbers as they fled persecution and later sought out a homeland after the Holocaust.

As British rulers left in 1948, the Jewish leaders living there declared the creation of the state of Israel.

Yet, many Arabs already living in the area objected to this and war between the two parties followed.

Hundreds of thousands of Palestinians fled or were forced out of their homes in the process in what they the call "The Catastrophe".

By the time the fighting ended in a ceasefire the following year, Israel controlled most of the territory.

n 1967, after another war, Israel then fully occupied the Palestinian areas where their troops remained for many years.

But, Israel still controls most of Gaza's borders and coastal territory, deciding who can get in and out of Gaza, including goods.

Hamas has demanded that Israel stop its restrictions.

Hamas claims Israel is occupying Palestinian land and claims to resist occupation by launching rocket attacks from Gaza, while Israel retaliates to such attacks with further force.

Hamas - the largest of several militant Islamist groups in Palestine - refuses to recognise Israel as a country and wants Palestinians to be able to return to their old home.

US President Joe Biden has called for a ceasefire, but stopped short of urging Israel to stop its bombardment following a conversation with prime minister Benjamin Netanyahu.

"The president reiterated his firm support for Israel’s right to defend itself against indiscriminate rocket attacks," said a statement from the White House.

"He encouraged Israel to make every effort to ensure the protection of innocent civilians. The two leaders discussed progress in Israel’s military operations against Hamas and other terrorist groups in Gaza.

"The president expressed his support for a ceasefire and discussed US engagement with Egypt and other partners towards that end." 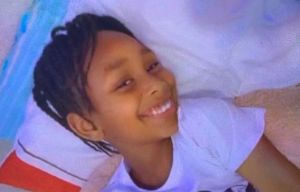 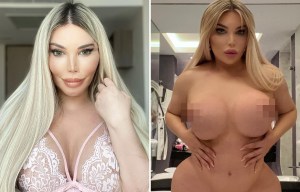 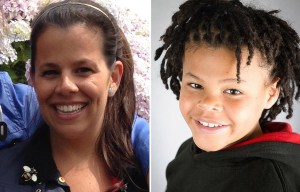 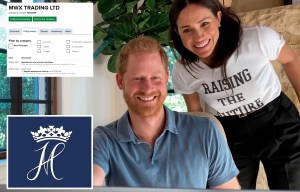 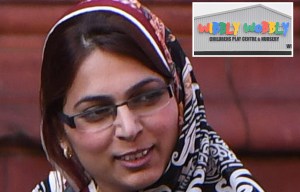 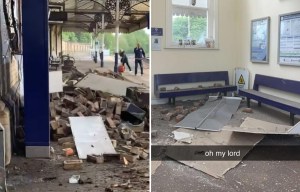 Hamas has threatened Israel with further strikes as the Israeli military claimed it had killed over 150 terrorist operatives.

Israel also claims to have destroyed nine miles of underground tunnels used by terrorists which were burrowing beneath Gaza City - known as "The Metro".

The militant group has vowed to launch a new wave of rocket attacks against Tel Aviv.

It is a relentless blame game between the two sides, with Hamas earlier saying the strikes were a "pre-meditated killing" of civlians.