Boris urged not to cancel Christmas as Covid cases going down

The angry tweet follows news that the Conservative Party held a Christmas party in 2020 despite a concerning rise in the numbers of Covid-19 cases being seen across Britain. Reports have emerged that the Labour Party has made a complaint to the Metropolitan Police Service over a series of Tory functions and parties held during the Covid-19 pandemic height.

Taking to Twitter to voice his discontent at the Tory Party, the ex-Manchester United footballer and now football pundit said: “Are we really going to let this Number 10 party go?”

He added: “No chance! Last Xmas was a misery. Listening to him standing up there telling us what we couldn’t do. Families not seeing each other, loved ones dying alone. Whilst him and his cronies party in a tax payer funded residence!”

Agreeing with the footballer, Claire Bourne joined the debate saying: “You are right one rule for the government and another for the people let’s live our life’s!”

Oliver Dowden said the planned festivities were in line with rules, and he would "urge people to keep calm and carry on with their plans". 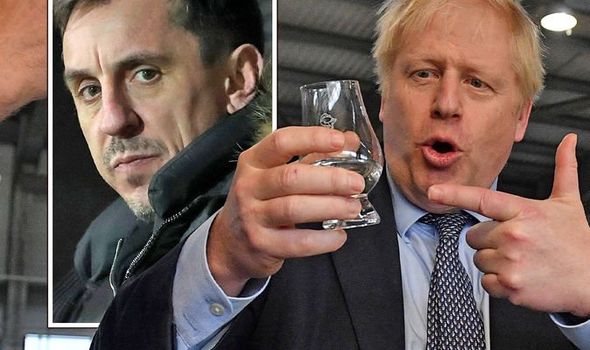 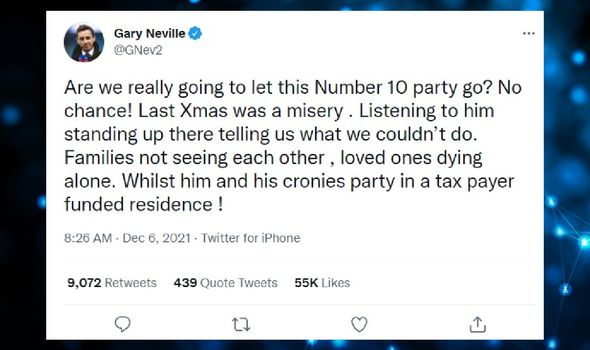 But the government has been accused of sending mixed messages about appropriate festive behaviour.

It follows controversy over No 10 staff breaking Covid rules with a party last December at the height of restrictions.

Boris Johnson - who was not at the party - has insisted staff stuck to regulations, but Downing Street has refused to detail how party-goers complied.

Asked again on Friday about the gathering, where a source told the BBC that staff had food, drinks and played party games until gone midnight, Mr Johnson said "it's not true" that any rules were broken.

Speaking during a campaign visit to North Shropshire, he said the guidance had been followed throughout and that the government would continue to follow it. 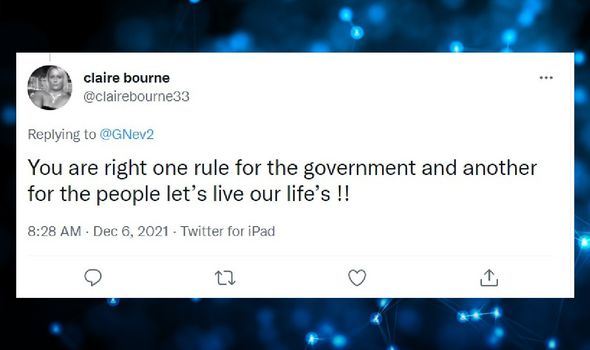 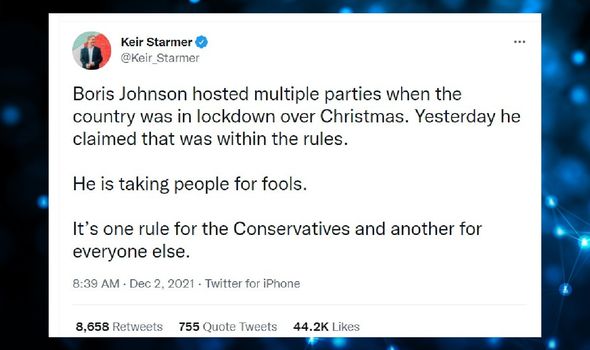 Earlier this week, he said: “Boris Johnson hosted multiple parties when the country was in lockdown over Christmas.”

He added: “Yesterday he claimed that was within the rules. He is taking people for fools.”

Slamming the rules, he said: “It’s one rule for the Conservatives and another for everyone else.” 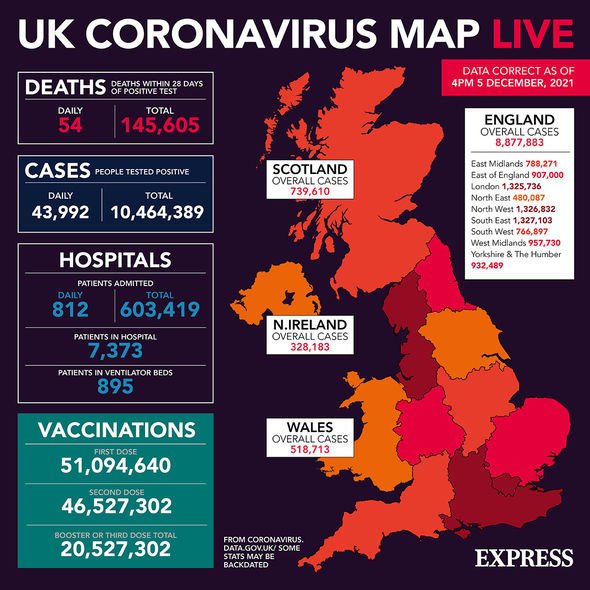 Labour politicians wrote to London’s Metropolitan Police asking them to investigate reports that two parties were held at No 10 Downing Street in the run-up to last Christmas at a time when people were banned from socialising indoors with anyone not in their household.

The police force said that it was aware of “widespread reporting” of “alleged breaches of health protection regulations” at a government building last November and December.

It said although it did not routinely investigate “retrospective” breaches of Covid-19 regulations, it was considering the complaints.

Britain’s government this week reintroduced mandatory mask-wearing in shops and on public transport, after scrapping almost all coronavirus restrictions and social distancing rules in the summer. 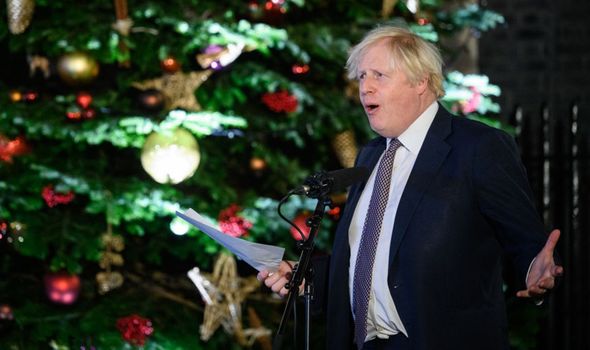 Some scientists – including Jenny Harries, head of the UK Health Security Agency have warned that people should not socialise over the upcoming holidays unless necessary.

But Mr Johnson has maintained that the government will not change its guidance about “how people should be living their lives,” and said people should not cancel events like parties and school nativity plays.

Fears are now emerging that as the new strain of the Covid 19 virus, Omicron, starts to spread, calls will be made by the Government to return to full lockdown rules.

The NHS has already stated that doctors and nurses are under pressure, with 90 percent of hospitalised cases of Covid-19 being unvaccinated.

Driver arrested after attempting to run from police

US orders 8,500 troops on heightened alert amid Russia worry

Manchester United are preparing for next manager with formation change

Mum's message to woman who approached her son at bus stop

Boots annual 70% off sale: all the deals we know so far

Where is Peng Shuai? Shirts will be OK at Australian Open

Dementia patients 'should be given named GP' - study

Minister says fraud in Government is rampant after ‘dramatic’ resignation

Mum in disbelief after EDF charges her £336,865 for one month's electricity

UK weather: Fog threatens to cause chaos with Brits warned it could 'impact flights'