Concealed by the turbid, swirling waters of the Amazon, the Mekong and the Congo, the biodiversity of the world’s great rivers has largely remained a mystery to scientists. But now a multimillion-pound project aims to describe and identify the web of life in major freshwater ecosystems around the world with “gamechanging” DNA technology.

The International Union for Conservation of Nature (IUCN) and UK-based environmental DNA (eDNA) specialists NatureMetrics have launched a partnership to take thousands of water samples from freshwater river systems like the Ganges and the Niger delta to identify the fish, birds, amphibians and land animals that live in and around them.

Scientists have warned that human behaviour is driving the sixth mass extinction of life on Earth, with one million species at risk. Freshwater ecosystems have been disproportionately affected but conservation efforts are often hindered by a lack of data on the organisms that live in wetlands and river systems.

The $15m (£10.6m) eBioAtlas programme will target areas threatened by the climate crisis and human expansion. The project will fill in critical knowledge gaps and establish biodiversity baselines by analysing genetic material in the water, beginning with the Malagarasi River basin in Tanzania that flows into Lake Tanganyika.

Analysis of eDNA works by genetically profiling faeces, mucus and other matter that organisms shed to establish their presence in an ecosystem. In the UK, the technique is used to identify the habitat of the protected great crested newt to support conservation work.

In the Peruvian Amazon, eDNA profiling of water samples has been used to survey the habitat of pink river dolphins and manatees as well as the web of life around them, including jaguars, monkeys, catfish and bats.

Over the next three years, it is hoped the public, the private sector and scientists will take about 30,000 waters samples from major freshwater ecosystems around the world and pass them through a simple filtering kit that will then be analysed by NatureMetrics. One kit costs about £200 and provides close to 200,000 sequences for analysis. 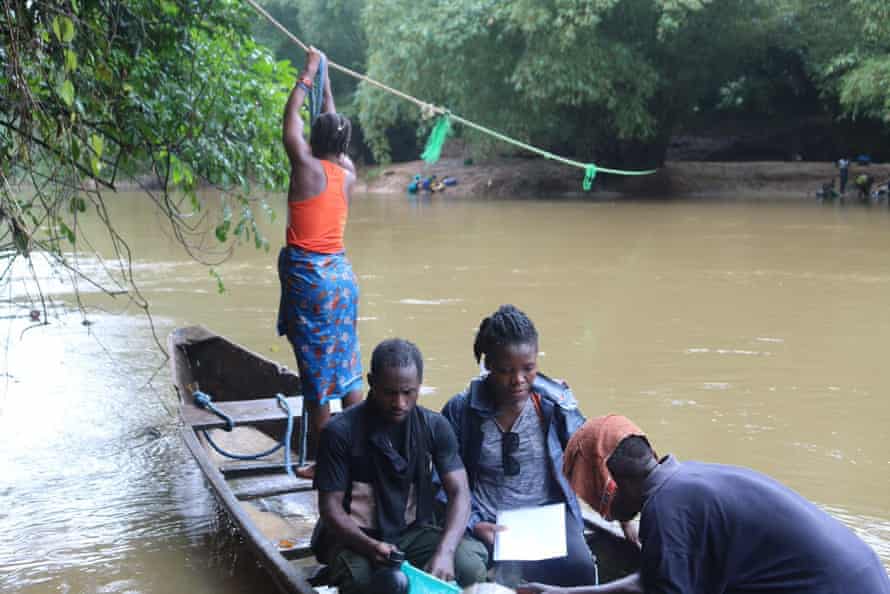 A conservation team collects environmental DNA from the Dubo River, Liberia. This method of sampling is much quicker than traditional surveying techniques. Photograph: FFI

“Our aim is to do a global eDNA blitz if we get sufficient funding,” said Will Darwall, head of IUCN’s freshwater biodiversity unit. “We can’t just do little bits here and there. I think this is a real gamechanger because identification can be so much faster.

“If you are lucky and you have clear rivers, like we do in the UK in some cases, you might see some of the life underwater. But if you go to a river like the Mekong with giant rays and giant catfishes, you’ll never see them because of the turgid water. What you don’t see, you don’t miss.”

Darwall said the data will be used to better establish which freshwater species are most at risk of extinction on the IUCN’s red list. He said eDNA sampling was much quicker than traditional surveying methods such as electrofishing and using nets.

A downside of the eDNA technique is that it relies on reference libraries of DNA barcodes against which species can be identified. While the data exists for some groups of species, barcodes have not been collected for millions of plants, animals and other organisms. 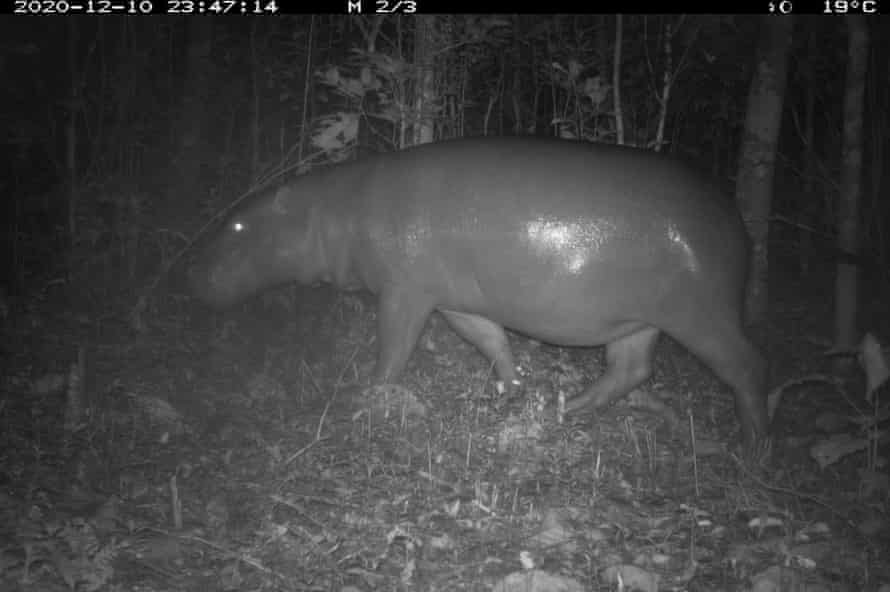 A pygmy hippopotamus in Wonegizi, Liberia. The animal lives in swamps and forests in west Africa and is under threat due to loss of habitat. Photograph: FFI

Kat Bruce, founder and chief technical officer of NatureMetrics, said she hoped the increasing use of eDNA would drive the growth of DNA barcode reference libraries.

“We’re at a point now where there are serious calls for nature and biodiversity to be integrated into global economic models. You just can’t do that if you don’t have the data to underpin them,” she said.

“If you’re looking at animals in the UK and Europe, the databases are pretty complete, even for insects. It’s a different story in the Amazon, for example, where only around a quarter of fish species have been identified. But the amazing thing about eDNA is that even if you can’t name everything, you’ve captured the diversity and you’ve got the sequences and can retrospectively add new names on data you’ve already got as references grow,” said Bruce.

Kane will not return to Tottenham until he is guaranteed a transfer to Man City
Tottenham will fine Kane for missing training. Levy will hold talks with him about the future
General Director of Roma: Shomurodov has a huge potential. His qualities are suitable for Mourinho
Joan Laporta: Moriba will not play for the Barca foundation, and then he will leave. We do not accept his behavior
Agent Shomurodova: The transition of Eldor to Roma is not a fairy tale. 90% is the result of his work, 10% is our quality work
The Premier League referees were advised not to award dubious penalties, as on Sterling in the Euro 2020 semi-final
Chelsea offered more than 100 million euros and Marcos Alonso for Lukaku. Inter refused to sell the Belgian

Simone Biles: What time is US star competing in balance beam for Tokyo gymnastics final?

Covid UK news - live: PM U-turns on amber watchlist as England could be ‘over the edge’ of third wave

Netflix: What’s leaving? Every movie and TV show being removed in August 2021

How to make summer colour stretch into autumn in your garden

My neighbour left her son with me to go shopping & never came back, so I raised him as my own

Murder suspect arrested after man stabbed to death at YMCA

Who will be the new Doctor Who?