A WISCONSIN man has been jailed for allegedly murdering his girlfriend after he became angry that his phone was missing.

Timothy McBride, 42, is suspected of a rampage in which he murdered his 63-year-old girlfriend, and shot up his gated community.

McBride walked into a police station in Milwaukee and told police “he just killed his girlfriend,” according to Fox 6.

Prosecutors say McBride was brought to the Milwaukee County mental health facility in June. They further said that he admitted to not taking his medication for mental health problems.

During his interview with the police, McBride reportedly said he was "angry because his phone was missing," and as it was missing recently he had been forced to get a replacement.

His girlfriend of seven years then denied taking it - “so he shot her.”

Police responded to the home of McBride and his girlfriend and found the victim’s body, dead by gunshot wound, along with a bullet casing.

An investigation found that the gun was purchased at Fleet Farm, a regional chain of hardware stores.

McBride then reportedly drove away to find help for his girlfriend.

Police examined footage shot by a neighboring home’s doorbell camera which revealed McBride fired his gun multiple times while in the car, and eight bullet casings were recovered near the gated community’s clubhouse. 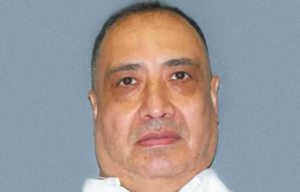 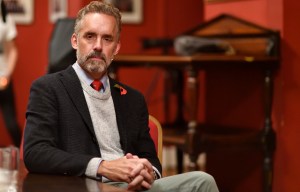 The criminal complaint of the incident notes that McBride shot the clubhouse office, claiming that "they were responsible for setting him up and implanting a microchip in his neck."

McBride is being held on $175,000 bond and faces life in prison for one count of first-degree intentional homicide, and one count of possession of a firearm by a felon, according to metro.co.uk.

The Premier League was spooked by chaos with a penalty for playing with his hand (6 for 3 rounds). The judges were asked to take into account the context - proximity to the opponent and the position of the hands
Bayern midfielder kuizans will be examined in Leeds today, the transfer amount is 20 million euros
Bayern can sign Lemar from Atletico
Kolasinac will move to Bayer from Arsenal for 11 million euros + bonuses (Fabrizio Romano)
Dyer called the toilet the best player of the match between Tottenham and Chelsea
Ferencvaros will play in the Champions League group for the first time since 1995. This is the longest break between the first and second appearances
Jose Mourinho: what happened to Dyer is not normal, he was dehydrated. If the League management doesn't care about the players, I don't
Source https://www.thesun.co.uk/news/12335468/wisconsin-boyfriend-shot-dead-girlfriend-confessed-phone/