Mel Hunter will take on readers’ consumer issues, Jane Hamilton will give you the best advice for selling your home and Judge Rinder will tackle your legal woes.

HOW good is your gas knowledge? While it can be convenient and affordable, using a gas appliance wrongly can also kill.

Every year in the UK there are around 60 deaths from carbon monoxide poisoning. It is dubbed the “silent killer”, according to the NHS.

The gas, which has no smell or taste, is released when faulty appliances do not burn the matter properly. Monday is the start of Gas Safety Week, which aims to raise awareness of the dangers of poorly maintained gas appliances.

David Shaw, of heating firm Metro eco, said: “Gas is something many of us take for granted, every time we switch on the heating, run a bath or boil a pan of water. But it can be easy to forget how deadly it can be when a gas appliance goes wrong.”

Here are the top safety tips to make sure you use your gas supply in the correct way.

❶ Check your gas appliances every year – your fire is the most common offender. Renting? Ask for your landlord’s Gas Safety Record.

❷ Fit a carbon monoxide alarm. Every home should also have a smoke detector.

❸ Check gas appliances for warning signs they are not working properly – these can include a yellow flame instead of blue one, the pilot light frequently blowing out or an excessive soot build-up.

❹ Never block the ventilation on an appliance – whether that is inside the house or outside.

❺ Be aware of the signs of carbon monoxide poisoning. These include headaches, dizziness, nausea, tiredness and breathlessness. Do symptoms improve if you leave the house? Are others in the home suffering the same, including pets?

❻ Only use a qualified specialist to install any appliances. Make sure your engineer is Gas Safe registered. Insist on seeing their card and ID.

❼ If you suspect there is a carbon monoxide or gas leak, leave the house and ring the appropriate emergency phone number (Gas Emergency Service 0800 111 999). Always seek medical advice if you suspect you have been exposed to it.

BUY OF THE WEEK 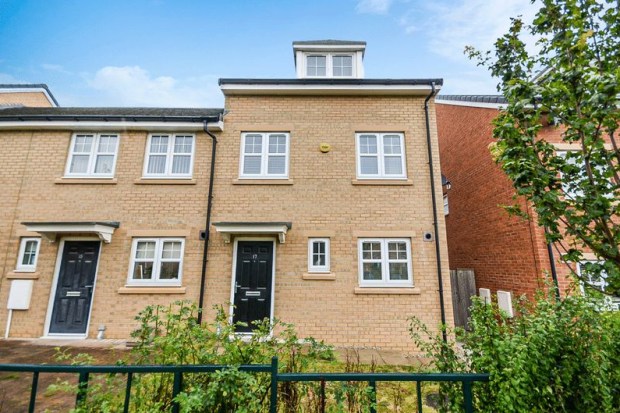 STOCKTON-on-Tees in Co. Durham is the UK’s hottest rental market with enquiries to agents up 75 per cent in the past 12 months, figures from Zoopla reveal.

Mortgage costs, fees to agents, tax and void periods when tenants leave are the biggest bills for landlords, the figures from letting platform howsy.com show.

Boss Calum Brannan says: “Investing in an area with higher yield is a way to increase profit. You can also squeeze every penny out of your property by shopping around on things such as mortgage rates.”

DEAL OF THE WEEK

NEED a new bathroom? If so, don’t spend a fortune.

BathroomTakeaway.co.uk is offering this entire Feel Curved set of bath, basin and toilet, for just £269.97

SAVE: At least £100 on similar sets elsewhere.

Q) I GOT a parking notice from a car park that I use when I have my hair done at a gym.

There is a monitor in the gym that allows you to enter your car registration to park for free. I entered my details, so I have no idea why I received this notice.

I appealed against it, including the CCTV image I got from the gym showing me going to the monitor to input my details – and my hairdresser confirmed my appointment.

However,  the firm says it has checked the information on the machine ten minutes before and after my arrival and my details are not there.

I can’t explain why my details didn’t register but I have proved I was there and could legitimately park for free, but I am being pursued for the £160 fine.

I have been  threatened with court action. Should I pay?

A) You have more than enough evidence to prove you parked lawfully.

If the firm that owns the car park took you to court, it would be up to it to prove that your car details failed to register on its system and that its monitors were operating accurately.

If the system had a malfunction (which appears to be the most obvious explanation) that would naturally not be your fault.

There are two things you should do: Firstly email the person who wrote to you demanding £160 (and copy in the firm’s managing director).

Enclose the evidence that you have obtained making it clear  you will be appealing the fine to the Parking Ombudsman.

Secondly, refer the car park to your evidence and state that you will be demanding proof at its expense from an expert technician proving that its monitoring equipment was operating properly.

If you push hard enough and are prepared to take this to the ombudsman, I suspect  the firm will relent.

Q) MY neighbour has a huge tree in his garden. The roots have spread so far the grass in my garden is dying and I’m worried it could cause subsidence to my house. I’ve asked him to cut it but he keeps fobbing me off and has done nothing about it. What should I do next?

A) Your neighbour is legally respon­sible for maintaining his trees, so any damage to your property is likely to be his legal responsibility.

Write to your neighbour making this clear and reminding him that the cost of dealing with his tree will be far less than repairing damage to your house.

State that you do not wish to take this matter to court but would be forced to if it is not resolved in the next 28 days.

Q) WE gave my daughter and her then fiancé £2,500 towards their wedding.

But we later found out he gambled away all that money, as well as funds her nan left her in a will.

My daughter only discovered this when she tried to pay for her wedding dress.  We have text messages from him admitting to the gambling and he has come to our home to talk about it and apologise.

Are we entitled to claim our money back if we took him to a small claims court?

A) This is an utterly awful situation. It isn’t helped I’m afraid by being rather complicated in law.

Ordinarily you could not sue your daughter’s fiancé for money you lent for a wedding because unless you drafted a written contract (which is highly unlikely), you would not have a legally enforceable agreement with him. This would usually be the end of the matter.

The difference in this case is that it seems to me that your daughter’s ex-fiancé appears to have obtained funds by deception and unjustly enriched himself.

In other words, you would be claiming in court that he defrauded you.

You could bring a claim against him on this basis but I would advise you to speak to somebody legally qualified before submitting any documents to the small claims court, as it is really important that you draft your case with care in a situation such as this.

The Citizens Advice Bureau will be able to point you in the right direction for some help.

As Brexit nears, here's how to buy British & save money at the same time

Four savvy tricks to save money on beer plus a chance to win £5,00 cash

SLICE OF THE ACTION

Wilko's is selling a pizza oven, grill and smoker for just £30

Black Friday 2019 - what date does it start and where are the best deals?

QVC to refund 300,000 customers after failing to repay postage charges

Q) TWO-and-a-half years ago we had a new ­Vaillant boiler installed in our loft, with a ten-year warranty.

The boiler developed a loud whining sound but neither Vaillant nor the installers will honour the warranty as we do not have a fitted loft ladder.

They were quite happy to supply and install the boiler, but now don’t want to attend our premises to rectify the fault without us going to the expense of having a ladder fitted, costing at least £400.

The layout of our landing makes it perfectly safe to go up into our loft with just an ordinary extendable ladder, which I frequently do.

We have another seven-and-a-half years left on what seems a completely worthless warranty.

A) As the warranty was from the manufacturer, I approached Vaillant first.

It told me: “We take the health and safety of our engineers very seriously, so when booking a repair or service, we ask about the location of the boiler.

“If it is situated in the loft, we then enquire about a fixed ladder, boarding and sufficient lighting.”

But, with me on the case, it did agree to visit your property and see whether the boiler could be accessed safely. It also asked that you had a record of a full service history, which luckily you did, and your boiler duly got fixed.

IN June  we were approached by BT who advised us that a new broadband hub would benefit us, even though our current hub was working fine.

We signed up to a new contract but within a few weeks the broadband service failed. We keep being told there’s a fault and heard  twice that an engineer would come out, but no one arrived, without any explanation.

BT had  run some diagnostics online which found a fault with the new broadband,  but added the engineer appointments were not booked correctly due to human error.

Once I’d brought this to BT’s attention, the problem got fixed.

A BT spokesman said: “We’re sorry for the issues Cathryn has faced. We’ve ensured Cathryn is compensated for the missed engineer appointments and loss of service.”

Q) ON the day I was due to fly to Bogata, I was told my flight would be delayed by more than ten hours until the next morning. So I booked a Premier Inn at Bath Road Heathrow, costing £86 plus £3 for charity. When I arrived in Colombia I found two payments of £89 had been taken, with one charity payment of £3 refunded.

I sent a query to Premier Inn via its website and chased this up by phone when I returned to the UK. I was told it was my fault and that I had been charged as a “no-show” for a second ­incorrect booking. The person I spoke to refused to accept Premier Inn could be at fault.

A) I got on the line to Premier Inn to find out why you had been charged twice, with   both payments taken within two minutes of each other. The hotel chain, owned by Whitbread, admitted it had made a mistake and immediately refunded you.

Our top eight apps to help you save money in 2019
Source https://www.thesun.co.uk/money/9926067/gas-safety-tips-appliances/

From Frogmore Cottage to their HRH titles, the complete guide to what Meghan and Harry will lose and keep

Single mum-of-three left homeless after council wrongly accused her of owing £8.6k — when they owed her cash

Armed police called after reports of gunman on Tesco roof

Ex-Speaker John Bercow is nominated for a peerage - by Labour

Boy, 10, stabbed in street in front of mum as police launch manhunt for knifeman

Tyson Fury’s resurrection against Deontay Wilder in 2018 will be haunting the WBC champ ahead of rematch, says trainer

Mum-of-two, 33, stabbed to death as young daughter in heartbreaking tribute

'Mum paid £15k for my dream wedding... then had a baby with my husband'