From women’s fiction to memoirs, we take a look at the best books of 2019

IT HAS been a phenomenal year for books, with the likes of Simon Reeve, EL James, Heather Morris and Nadiya Hussain delighting readers with their words.

Here, NATASHA HARDING chooses some of her favourite books of the year.

When old friends gather at a beautiful Scottish hunting lodge they bring old rivalries with them too. When one is killed, the race is on to find the murderer but, as the weather closes in, the group are sitting ducks. Everyone has a motive, but which one of these posh, privileged pals is guilty – and will they strike again? It’s a thrilling ride and the end is genius.

Tiffy and Leon share a flat – and a bed – but they have never actually met.Tiffy sleeps while Leon works, and vice versa. Their friends think they’re bonkers, and Leon’s girlfriend is NOT happy about the arrangement. But then life gets in the way, and ex-boyfriends, work challenges and late-night notes begin to confuse things. I couldn’t get enough of the adorable Tiffy and Leon in this funny and very uplifting tale.

Maxim Trevelyan comes across as a typical rich snob but there is more to him than meets the eye. When he meets cleaner Alessia, he whisks her away to his country pad in Cornwall – and that’s when things get steamy. However, Alessia has a secret. Is there a love that can’t ever be because the risks are just too great?  Stirring sex scenes, beautiful locations and an old-fashioned love story.

Little Women: The Original Classic Novel By Louisa May Alcott Featuring Photos From the Film (Amulet, £11.99)

Ever since it was first published, 150 years ago, readers have devoured the story of Meg, Jo, Beth and Amy and their efforts to navigate hardship and adventure in their native Massachusetts.
The latest edition tells the classic story and is illustrated with black and white photos from the latest film adaptation which stars Meryl Streep and Emma Watson.  It’s just gorgeous - and would make a perfect last-minute gift for any book lover.

When Sarah Harrington meets Eddie David, she knows it is true love – and Eddie assures her he feels the same way. As they part for a week, she has no doubt he will call her. But as the time passes and Eddie not only fails to get in touch but does not reply to any of Sarah’s messages, she worries that something dreadful has happened. A modern love story with a heartbreaking dilemma at its core.

The Girl And The Dinosaur by Hollie Hughes (Bloomsbury, £10.99)

All Marianne wants is the chance to play with a dinosaur. One night, when she is fast asleep, she finally gets her desire and is taken on a magical journey. Beautifully written, and enhanced by stunning illustrations from Sarah Massini, this is a delightful book.

The Smeds And The Smoos by Julia Donaldson (Scholastic, £12.99)

The Smeds, who are red, never, ever play with the Smoos, who are blue. So what will they do when a young Smed and Smoo fall in love?  Blast off with the most exciting book yet from the creator of The Gruffalo. Get ready for a wild and wonderful journey through space in a book that is perfect for reading together.  Julia hits the spot again.

Listen Up by Vick Hope and Roman Kemp (Scholastic, £6.99)

Arthur and Grace run radio shows at their school and are constantly fighting for top spot. When a trophy goes missing at a chess tournament, both Arthur and Grace want to find out what went wrong – but are they in over their heads or do they need to learn to work together in order to solve the mystery? A fun, clever tale with lots of radio insights.

These books have become a tradition since the first one was released in 2006. The latest edition is full of stories about incredible people such as the explorer Ernest Shackleton.  You can also learn how to build a flying machine, how to pick a padlock, how to tie a Windsor knot, and how to solve a Rubik’s Cube. These are great books for encouraging kids to put their tech away, and do something.

The author’s sumptuous new series makes vampires cool again. In 1872 New Orleans, 17-year-old Celine travels to the city and becomes enraptured with a group known as La Cour des Lions. But a serial killer is on the loose, and seems to have Celine in his sights . . . Beautiful writing and a fabulous story make for a truly great read.

Aged 16, Cilka Klein became a sex slave of the Commandant at Auschwitz-Birkenau concentration camp. When the camps were liberated in January 1945, Cilka was charged as a collaborator by the Russians and sent to Vorkuta, a brutal prison camp in Siberia. For ten years, she endured horrific conditions, including more sexual assaults. But somehow, after her release Cilka finally found happiness. Her story is truly incredible.

Jamie’s latest book is full of simple dinners and family favourites designed to help you discover that veg can be delicious. He includes new ways to cook old favourites. The yummiest recipes include sweet leek carbonara, picnic pasta salad and easy pea and spinach samosas. Recipes that are quick, cheap and easy to prepare has meant the book has been a huge hit.

Why is the sky blue, how much of the earth’s surface is covered by water and what’s the difference between rain and showers are just some of the questions that the authors, both meteorologists, look into and analyse in their fascinating book.  You will learn about the different weather elements as well as how the weather has changed over the years and, that global hot topic, what changes to expect in years to come.

By Order Of The Peaky Blinders by Matt Allen (Michael O’Mara, £20)

The first official companion for the TV series is a beautiful gift for any fan of the show.  It includes an introduction by creator and writer Stephen Knight, and interviews with all the key cast and crew. The book is full of insider knowledge about series one to four, with a glimpse into the fifth series. The insights into the history of Birmingham that inspired the series are particularly fascinating.

The author is an experienced NHS midwife in Scotland, working within a service where already scarce resources are being cut even further. After one especially tough shift, she decided to write about her experiences of life on the front line. It’s a moving description of a system broken almost beyond repair. You will laugh, cry and not quite believe what you read. I loved every word.

Since winning the Great British Bake Off in 2015, Nadiya has become a TV favourite and viewers can’t get enough of her down to earth personality – and excellent cakes. In her memoir, she reveals what’s it like to be a mum, sister, daughter and wife. Each chapter begins with a poem and ends with a recipe and both offer insights into Nadiya’s mind. It’s a moving, and funny book.

The author was born with Goldenhar syndrome, a rare condition of facial disfigurement and hearing loss which meant that growing up she had no confidence. However, determined not to give up, Shelley overcame extensive surgery to become a successful adult who now seeks to inspire other people with her courageous story.  Her memoir is one of courage and hope.

Telly adventurer Simon Reeve has visited some of the world’s most remote places, suffering such diverse setbacks as catching malaria and being detained for spying.  In his incredibly honest book he tells how he has journeyed across epic landscapes, dodged bullets on front lines and walked through minefields. He also opens up about coping with depression as a teenager and a subsequent attempt to end his own life. One of the best autobiographies I’ve ever read. 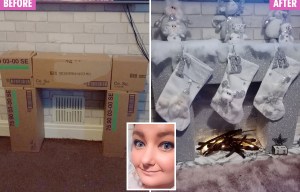 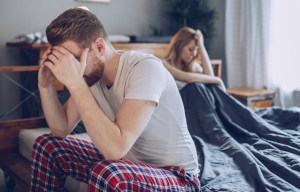 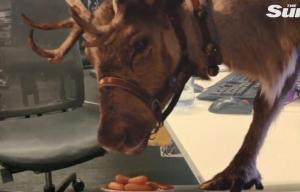 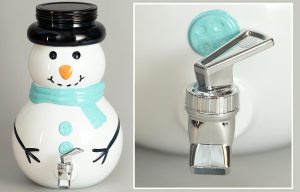 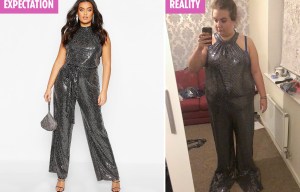 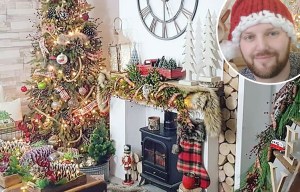 As a newborn, the author was discovered abandoned by a canalside and taken to hospital.  He was sent to an orphanage where he was blissfully happy before being adopted at age five by Pearl and Arnold Gallear. Although Pearl was loving and caring, Richard was horrifically abused for years by Arnold until he found the courage to leave and find happiness elsewhere.  An incredible story of survival.

Born Reginal Dwight, Elton John grew up in Middlesex and dreamed of becoming a pop star. At just 23, he got his big break in America where he astounded audiences with his flamboyant attire. He became one of the most successful performers the world has ever seen, but with success came issues with booze and drugs. After therapy Elton turned his life around before finding love with David Furnish. It’s an extraordinary read.

Sun at 50 - Pupils and parents talk about the impact of The Sun's Books for Schools campaign
Source https://www.thesun.co.uk/fabulous/10591334/best-books-of-2019-memoirs-fiction/

Coronavirus youngest UK victim as schoolboy, 13, succumbs to the disease

People used a stepladder to get into a locked up park

When will coronavirus home antigen test kits be available to order in the UK?

Mother of murdered boy, 5, was told she would never see her son just before ‘grandma killed him after months of abuse’

Coronavirus killing as man ‘stabs girlfriend and her daughter, 7, to death and buries them in garden during lockdown

Why is Matt Baker leaving The One Show?

The Queen’s favourite tea is Earl Grey or Assam – when does she put the milk in, before or after?

Glenn McCrory, the world boxing champions who just keeps on reinventing himself

Only a culture change will beat fake news | Will Hayward

The locations of each confirmed coronavirus case in Yorkshire

Outrage over denial of amnesty for Turkish political prisoners

Crooks using coronavirus to exploit the elderly, but police are onto them

Brit sitting on unclaimed lottery ticket worth £58m during lockdown

What does the interest rate cut mean for those considering equity release?

Mesut Ozil isn't right for Arsenal and has no future at club, says Arshavin

'An urgent test of humanity': CEO urges Florida to take in cruise ships with four dead as governor attacked for coronavirus response

From 3D Flintoff to Peter Couch Potato, our armchair line-up fills the void of action during coronavirus lockdown

Man charged after claiming coronavirus lockdown 'did not apply to him'

Who’s on Celebrity Bake Off tonight? All the stars in episode four

Sharp rise in confirmed coronavirus cases in Blackburn with Darwen

Coronavirus 'could be stifled by warmer weather in May'

For the sixteenth consecutive day, the government has refused to answer one very simple question about coronavirus