IT'S easy to forget that some of the world's future kings and queen's are barley old enough to attend school - here's looking at you Prince George.

And for those who are just scraping the edges of their teenage years, the reality of their future role still seems so far away.

So who are the kid's of the world who are destined to become leaders?

It may not be in our life time, but here's a look at some of the youngest members of some of the world's most prominent royal families who are set to take to the throne.

Prince George of Cambridge is just six years old and is the first child of the Duke and Duchess of Cambridge, Prince William and Kate Middleton.

The cheeky youngster who has won over the hearts of everyone worldwide is third in line to the British throne, behind his father Prince William and grandfather Prince Charles.

Princess Catharina-Amalia of the Netherlands

The 16-year-old goes by the title Princess of Orange and is the first in line for the Netherlands crown.

This adorable youngster is the son of sovereign Prince Albert and his wife, Princess Charlene.

The five-year-old shares the limelight with his twin sister Princess Gabriella who was actually born two minutes before him.

In Monaco, however, royal inheritance goes to the first born son therefore Prince Jacques is the heir to the throne, and not his sister.

Slightly older than some others we've seen but Prince Moulay Hassan - who is named after his grandfather, Hassan II - is still a young 17-years-old.

He is the heir apparent to the Moroccan throne, as the oldest child of King Mohammed VI of Morocco and Princess Lalla Salma.

Could there be anyone more fitting for the role of a princess?

Leonor de Borbón y Ortiz is currently the Princess of Asturias and the daughter of of King Felipe VI and Queen Letizia.

At just 14-years-old, the sweet young girl is the official heir to the Spanish throne.

Holding the title of Princess Ingrid Alexandra of Norway, the 16-year-old is the eldest child of Crown Prince Haakon and Crown Princess Mette-Marit.

While she is second in line to succeed her grandfather King Harald V, she is also set to become the country's second female monarch behind Queen Sonja in 1991.

Princess Elisabeth, Duchess of Brabant is the eldest child of King Philippe and Queen Mathilde and heir to the Belgian throne.

The 18-year-old acquired her position after her grandfather King Albert II abdicated in favour of her father therefore setting her up for her future role.

Prince Hisahito of Japan, now 13,  is the only son of Prince Fumihito and Princess Kiko.

He is the nephew of Emperor Naruhito and second in line to become emperor of Japan following his father.

Christian Valdemar Henri John, Prince of Denmark, is one of four children born to Crown Prince Frederik and Crown Princess Mary, and is the first born son.

The 14-year-old is the grandson of Queen Margrethe II and is second in the line of succession to the Danish throne, after his father.

The adorable youngster, aged eight, is second in line for the Swedish throne.

Holding the title of Princess Estelle of Sweden, Duchess of Östergötland, she is the daughter and first child of Crown Princess Victoria and Prince Daniel. 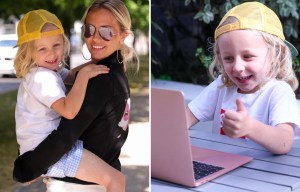 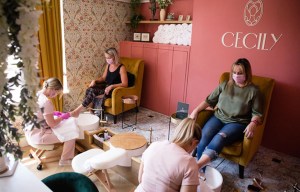 When nail bars open, how will manicures work? 10 things you need to know 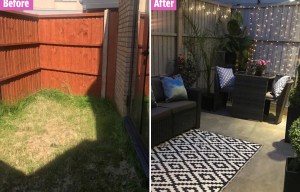 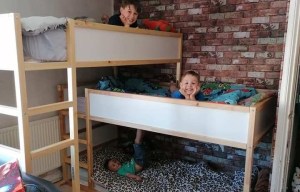 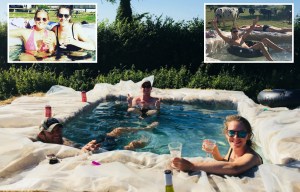 In other royal news, we told you how the Queen developed a ‘good left hook’ when she was young after having fights with Princess Margaret despite being close

And the Queen has banned the royal family from playing Monopoly as it ‘gets too vicious’.

Meanwhile Meghan Markle has been secretly working with animal charity as it battles funding crisis during coronavirus lockdown.

This is the best Milan in years: superkambekom with Juve (3 goals in 5 minutes!) saved the intrigue in Serie A
Zlatan Ibrahimovic: I am the President, player and coach! If I had been in Milan since the start of the season, we would have taken the scudetto
Sarri on the defeat by Milan: we played first-class football for 60 minutes. Then-turbidity
Pioli on the victory over Juve: Milan became a team. We can play even better
Pioli beat Juventus for the first time as a coach
Vardy has scored 10 goals for Arsenal in Premier League matches. Only Rooney has more
Ronaldo scores or gives an assist in 17 consecutive Serie A matches, where he scored 25 (21+4) points
Source https://www.thesun.co.uk/fabulous/11778615/prince-george-prince-jaques-royal-kids-kings-queens/