From News: Justice on the Horizon 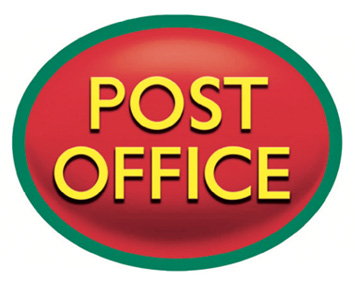 THERE was total vindication at the high court last week for 550 sub-postmasters in their long-running legal battle against the Post Office, after shortfalls in their branch accounts connected to a misfiring IT system led to sackings, lost life savings, serious mental health problems and in some cases imprisonment.

When Eye 1298 first reported the story in 2011, highlighting cases including that of a pregnant Seema Misra – jailed entirely on evidence from the Horizon IT system – the Post Office’s chief operating officer wrote in to say: “We have full confidence in the Horizon system.” Yet now the Hon Mr Justice Fraser has found that the system in place until 2010 was “not remotely robust”, and a later version used until 2015 “still had a significant number of bugs, errors and defects”.

‘Institutional obstinacy’
What was worse, the Post Office knew this but kept the truth from the sub-postmasters. Persisting with its stance into the 2019 civil trials, it was guilty, said the judge, of “institutional obstinacy… the 21st-century equivalent of maintaining that the earth is flat”. The Post Office’s approach to evidence “even despite their considerable resources which are being liberally deployed at considerable cost, amounts to attack and disparagement of the claimants individually and collectively”.

As part of the settlement Post Office chairman Tim Parker was forced to admit: “In the past we got things wrong in our dealings with a number of postmasters and we look forward to moving ahead now.” But where is the accountability for what happened in that (not exactly distant) past?

Those responsible for what the judge has called “oppressive behaviour”, including misleading legally unrepresented people about their legal liabilities for which “there can be no excuse”, were led by recently departed chief executive Paula Vennells, whose CBE a year ago looks more rescindable by the day. The only consequence that she, the Post Office’s network director from 2007 and chief executive from 2012, has faced was revealed in Eye 1508: a £36,000 cut in last year’s “short-term incentive payment”. It was more than compensated for by a £50,000 increase in her “long-term incentive payment”.

‘Modest compensation’
The long-term damage to the Post Office, never mind the lives of victimised sub-postmasters, appears not to have entered the calculation. Vennells now ensures all is above board as chairman of the Imperial College Healthcare Trust (encompassing five large hospitals).

Chairman Parker, meanwhile, who evidently failed to challenge adequately the most aggressive and dishonest litigation strategy – including seeking to remove the judge on trumped-up accusations of bias – remains blissfully at the helm not just of this institution but also, er, HM Courts and Tribunals Service and the National Trust.

Such is the task of taking on a company with effectively unlimited funds, however, that the sub-postmasters have been forced to settle for relatively modest compensation. With the Post Office prepared to throw any amount of good taxpayers’ money after bad in a series of four scheduled trials, even last week’s second resounding judgment in the claimants’ favour meant it was time to take the £58m offered by the Post Office. But after costs and a success fee for the litigation funders, average payouts for the sub-postmasters, led by the indefatigable Alan Bates, will be in the low tens of thousands of pounds – a pretty paltry return for years of anguish.

While the Post Office has managed to draw a line under the case financially, its embarrassment will not end for some time. In his judgment last week, Judge Fraser expressed serious concern over misleading evidence by engineers from Fujitsu, the operator of the Horizon system, which was strikingly similar to that given in criminal trials – including the one at which Seema Misra was jailed. Thirty-four convictions are being looked at by the Criminal Cases Review Commission, from which some sub-postmasters must now be hoping for long-delayed good news.

Prince of Darkness
A large-scale miscarriage of justice perpetrated by a government-owned body should prompt an inquiry of some sort. But the unsurprising message coming from Post Office HQ is “move on”. The settlement was negotiated by Vennells’ replacement Nick Read, who promised to shape “a modern and dynamic Post Office, serving customers in a genuine commercial partnership with postmasters”.

As Eye 1507 set out, Read’s qualifications for running a large public company are unusual. A couple of years ago he teed up the northern cooperative food chain NISA for sale to a rival, then headed off to Extra Energy, which collapsed seven months later. With Read sitting alongside Parker, who became known as the Prince of Darkness in his job-cutting private equity days, a question must hang over what a “commercial partnership” will mean under a Boris Johnson government.

In 2010, the coalition planned to “mutualise” the Post Office. There looks to be every chance that a Tory government will go one step further and resurrect privatisation. Such could be the real legacy of the Horizon scandal: the loss of another important public body.

LEADERSHIP LOOT
Boris Johnson owes a big thank you to Tory donors – not least to those who contributed to the party’s leadership election back in the summer.

IPSO FACTO BOJO
The Telegraph sent out an opportunistic marketing email after the election, but didn’t mention its own view that Boris Johnson’s journalism is, well, a joke.

CLOUDY FORECAST
The online “Cloud”, which hosts increasing amounts of the world’s data, much of it from social platforms, is consuming electricity like there’s no tomorrow.

POST TRUTH
Evidence given by Fujitsu staff in the trial over its Post Office IT system was so misleading that the judge sent a file to the director of public prosecutions.

FISH FINGERED
Farm origin labels on fancy festive salmon sold by major supermarkets may look reassuring to customers, but they point to a paper trail of horrors.

To read all the latest Private Eye news, get the latest edition - you can subscribe here and have the magazine delivered to your home every fortnight.

Cumbrian residents join thousand of volunteers for the NHS

Northern passengers will no longer be asked to show their tickets

Surge in Covid-19 deaths in Cumbria

Tesco adds another 120,000 delivery slots to cope with coronavirus demand

1,300 homes without power in Preston after high voltage cables fault

Why everyone is so tired during the coronavirus pandemic

How to promote your business to 240,000 followers in Wales for free

Love is Blind season 2 – when is the second series on Netflix?

Chief Constable asks public 'work with us' over lockdown powers

Fantasy football Premier League: 7 of the best surprise stars of the season

Promote your business to our 460,000 Merseyside followers for free

Takeaway finale to be "very different" after coronavirus ruins plans

Dozens of quad bikes filmed rampaging through and tearing up Gower

Sha Tin tips: Your betting preview from Templegate as Sha Tin races on in Hong Kong on Wednesday

Coronavirus: Trump clashes with governors over lack of testing kits in leaked call