WHEN it comes to love, these celebrities certainly know what they like.

From Leonardo DiCaprio to Emma Stone, we take a look at what top stars seem to look for in a partner.

He’s currently smitten with girlfriend Sophie “Habbs” Habboo, 27, who he met while filming the reality show in 2019.

But when it comes to posh totty, he has previous form.

He romanced former MIC co-star Caggie Dunlop, 31, and dated a series of upper-class blondes, including Frankie Gaff, Jess Woodley and Tina Stinnes, all 26.

Basically, if you’ve got highlights and live in an SW postcode, you’ve probably been out with Jamie.

A self-confessed “computer nerd”, Emma likes her boys to look as if they were members of the school chess team.

Then her co-star in The Amazing Spider-Man, Andrew Garfield, 37, snared her in his web, but they split in 2015.

It was reported that they’d tied the knot last September, when they were spotted wearing matching gold bands, and they’re now expecting a mini nerd together. Aww.

Kim’s exes certainly know how to lay down a beat.

In 2000, she married producer Damon Thomas, but they split four years later.

In fact, when Kim deviates from music moguls, things don’t work out – her marriage to basketball player Kris Humphries only lasted 72 days.

However, rumours are flying that all is not well in the Kimye dynasty. Drake can probably expect a call any day.

There’s being an Anglophile, then there’s Taylor Swift.

The Folklore singer clearly goes weak at the knees for a British accent and decent cup of tea.

The star even wrote a song about her love of London Boys. First up was Harry Styles, 27, who she hooked up with in 2012.

In 2015, she started dating producer Calvin Harris, 37, swiftly followed by a thoroughly well-papped romance with actor Tom Hiddleston, 40, in 2016 – who remembers that “I heart TS” T-shirt of Tom’s?

Fast-forward to 2021, and Taylor has been happily dating actor Joe Alwyn, 30, for over four years. Which in Taylor terms is basically celebrating your ruby wedding anniversary.

Can she pronounce Worcestershire sauce yet, though?

While most of us find dates on Tinder, Leo flicks through a Victoria’s Secret catalogue, and is rarely seen without a supermodel on his arm.

There was an on-off, six-year relationship with Sports Illustrated model Bar Refaeli, then 19, which ended in May 2011, before a year-long love affair with 23-year-old Erin Heatherton.

Leo’s current girlfriend, Camila Morrone, 23, has defended their age gap, saying: “Anyone should be able to date who they want to date.”

Like a sleazy reverse Benjamin Button, Leo keeps on getting older, while his girlfriend stays the same age. 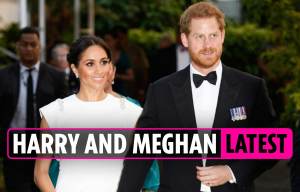 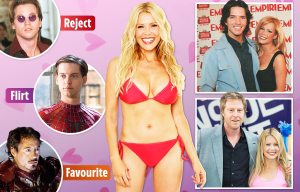 Spider-Man & Batman chatted me up… but I fancied Iron Man, says Melinda at 50 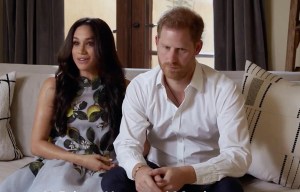 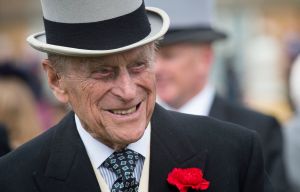 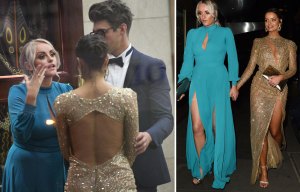 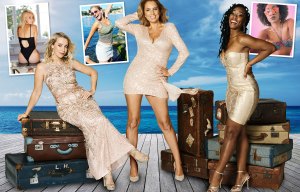 The pop star is engaged to model and Instagram star Maya Henry, 21, but she’s just the latest in a long line of sultry brunettes.

If you got all Liam’s exes in a room, it would be like a Hot Brunette Convention. Hopefully he can tell them all apart.