THEY soared to stardom with bare-faced, shabby-chic style in the 2000s.

But now, this Noughties gang have well and truly cast aside the trademark looks of their younger years.

While Adele showed off her new style on Saturday Night Live this weekend, Lily Allenhttps://www.thesun.co.uk/who/lily-allen/ posed in a polished photoshoot for The Sunday Times.

THE Someone Like You singer showed off her svelte frame and long blonde locks as she hosted US entertainment show Saturday Night Live at the weekend.

It was a far cry from her first appearance on the programme in 2008, when she performed in a drab grey dress and cardigan.

After her divorce from husband Simon Konecki last year, she lost seven stone on the trendy Sirtfood Diet and worked with a personal trainer to stay in shape.

On Saturday, Adele, 32, joked to SNL viewers: “I know I look really different since you last saw me.

“But actually because of all the Covid restrictions and the travel bans, I had to travel light and only bring half of me – and this is the half I chose.”

IN her days with band Hear’Say, Myleene lived in vest tops and cargo pants.

But after leaving pop, she launched stylish clothing lines for Littlewoods and very.co.uk.

The 42-year-old now loves to show off her svelte figure, which she says is down to exercise and not counting calories.

In 2018 she posed nude to celebrate her impending 40th birthday – and spoke up when trolls told her to “Put it away”.

Myleene, who had her third child last year, shot back: “My body has made two amazing children, I’m nearly 40 years old, I can play the piano – you can say whatever you like to me but can you play a Rachmaninoff concerto?”

WHEN she auditioned for ITV’s Popstars: The Rivals in 2002, a baby-faced Cheryl was complimented on her beauty.

In the last 18 years she has upped her game by ditching her cornrows and razor-thin eye-brows for natural beauty and haute couture.

And Geordie Cheryl, 37, says the biggest changes came after having son Bear in 2017.

She said: “My whole body, even my face – everything’s changed since Bear was born. But I feel like I’m better than who I was.

"I don’t care what my body looks like in that respect. I’m not obsessive about it. I created a life! I’m amazed by myself.

“And I’m kinder to myself because of it. I focus less on my insecurities, because they’re so much less relevant.”

IN the early 2000s, actress and singer Kelly was known for her outrageous looks and raucous partying.

But before going into rehab in 2017 she says she told her brother Jack: “I don’t want to be a fat, drunk loser any more. I want to be a skinny winner.”

Since then she has managed to give up drink and drugs and embrace a healthy lifestyle – and it shows.

She said: “I did the gastric sleeve. All it does is change the shape of your stomach.

“I will never, ever, ever lie about it, ever. It is the best thing I have ever done.”

SHE arrived with No1 hit Smile, and unusual outfits, in 2006.

Lily’s trainer and dress combo was her trademark, but she has now left the wacky outfits behind.

The mum of two said: “Style and music have always gone hand in hand.

“But I’m not really into one specific type of music, so maybe that’s why I dress completely different all the time.”

In a magazine shoot at the weekend, 35-year-old Lily showed her glamorous side while talking about her marriage to Stranger Things actor David Harbour. 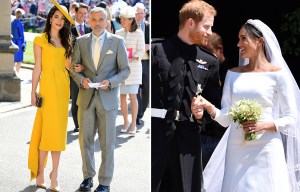 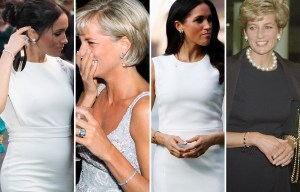 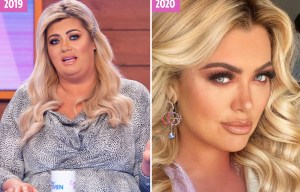 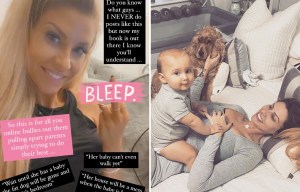 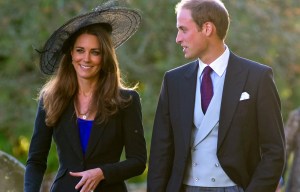 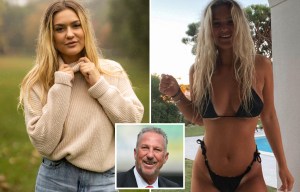 ONCE a kids’ TV presenter, in 2005 Fearne made the awkward transition to become a Radio 1 DJ.

And despite admitting, “My fashion was utterly horrendous,” the 39-year-old mum of two has found her place as a fashionista.

Fearne, who is also a mental health advocate with her podcast Happy Place, says the key to looking good is exercise, healthy eating and buying well-made but simple wardrobe staples.

She said: “I can’t shop like I did in my 20s, when I’d buy cheap, bad-quality novelty dresses to wear once without knowing or caring where or how they were made.

Koeman about 4:0 with Osasuna: an Important win, I'm happy. Barcelona can't afford to lose any more
Milan have scored in 29 consecutive Serie A games. This is a repeat of the club record of 1973
Messi dedicated the goal to Maradona, showing a newells old boys t-shirt
Clarence Seedorf: if Barcelona sign Depay, so much the better for them. One of Europe's top talents
Maradona's doctor is under investigation for Diego's death. His home and clinic were searched
Griezmann has 4 goals in his last 6 games for Barcelona
Braithwaite has scored 4 (3+1) points in Barca's last 2 games. He had not scored in 13 games before
Source https://www.thesun.co.uk/fabulous/13029750/adele-cheryl-2000-icons-style-transformation/

Penwortham gang threaten girl, 8, with knife and screwdriver while robbing her grandad's house