During the raunchy BBC series, Marianne and Connell, played by Daisy Edgar-Jones and Paul Mescal, have sex on screen for a total of 41 minutes.

So which other stars are tops for stripping off?

In the name of strenuous research we’ve worked out the ten male and female actors who flash the flesh most often and how many scenes they do it in.

THE Queen of Steam has been a sex symbol since first stripping off for La Riffa in 1991.

In the three decades since she has played dozens of seductive characters, including in Shoot ’Em Up and Malena.

And Sharon goes on to bare far more flesh in the film’s graphic sex scenes.

THE Aussie actress has played many characters who have shed their clothes.

There was uproar when she had a bath with a ten-year-old boy in 2004’s Birth and again when her character urinated on Zac Efron in The Paperboy in 2012.

CONTROVERSIALLY she was just 17 when she shot her first nude scene in her first major role, in 1975 film Night Moves.

After that, Melanie was also known for Hoovering the house in just undies and heels in 1988’s Working Girl.

THE Spanish siren, who became a muse for directors Woody Allen and fellow Spaniard Pedro Almodóvar, has romped on screen in classics such as 1992’s Jamon, Jamon, Blow in 2001 and To Rome With Love in 2012.

MAGGIE, 42, says she is “really proud” of her intimate scenes on screen.

SHE is known for her sexy characters in Gone In Sixty Seconds and Tomb Raider, and also for going topless so she can tattoo her upper breast in Foxfire in 1996 and her raunchy sex with Ethan Hawke in 2004’s Taking Lives.

THE South African-born star bared her backside in the 2016 romantic drama The Last Face in raunchy scenes with co-star Javier Bardem.

The awkward bit? Her ex-partner Sean Penn was directing the film.

FROM the 1979 film Caligula, which she described as, “Like showing up for a nudist camp every day”, to 2003’s Calendar Girls, the Hollywood veteran has shown throughout her career that she is certainly no shrinking violet.

SHE has played some fierce females in eye-popping scenes, including Ava Lord in Sin City, Artemisia in 300 and Morgan Pendragon in US TV series Camelot, a sex and gore retelling of the King Arthur legend.

THE Scot is fearless when it comes to on-screen flashing.

DOING squats and taking booty selfies in the gym helped the US actor get in shape for the 2017 film Naked.

He said he wanted to strike the balance of where: “Girls say I have a nice body but guys don’t say, ‘Put some clothes on’.”

HE may have scooped awards for playing terrifying bad guys in Skyfall and No Country For Old Men, but for much of his career the Spanish star has been a bona fide sex symbol – as films Huevos De Oro and Mouth To Mouth show.

WHEN the Spaniard was filming steamy scenes with Angelina Jolie in Original Sin, then-wife Melanie Griffith would apparently turn up to keep an eye on them.

Luckily, his Desperado scenes with Salma Hayek were before he wed.

THE I Love Dick star is Footloose and fancy free when it comes to keeping his kit on – and he has become something of a poster boy for male nudity in Tinseltown since stepping out of the shower on Wild Things in 1999.

HE doesn’t mind stripping off, but he likes to keep his head warm.

In 2005’s Jarhead, he dances in his birthday suit plus a Santa hat, then ten years later, in the first scene of Everest, he emerges from a tent with just a winter hat on.

BEFORE he became the big, green Hulk, Mark whipped his clothes for In The Cut and The Normal Heart.

He was apparently so terrified at acting out the gay sex scenes in the latter that a specialist choreographer had to be drafted in.

THE True Blood vampire star has no problem taking his kit off.

In fact he says “the crazier the better” when it comes to filming sex scenes.

It’s no wonder that at one point he was tipped to play the lead in Fifty Shades Of Grey.

HE shaved his head to play Charles Bronson, “the most violent prisoner in Britain” and stripped off and covered himself in butter to avoid being caught by guards. As you do.

The clothes soon came off again in BBC series Taboo, too.

Coleen Rooney enjoys pizza and cocktails on the beach in Barbados

A FEW years before hitting the big time with Rocky, Sly appeared in soft-porn film The Party At Kitty And Stud’s.

It would stand him in good stead for future steamy action, including in the shower with Sharon Stone in The Specialist. 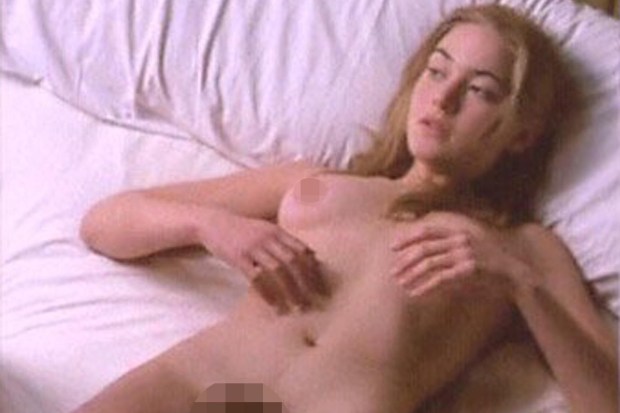 HOLLYWOOD stars have their own ways to keep their cool when faced with a hot and steamy sex scene.

Kate Winslet, pictured, had to act out a very energetic bedroom scene in 2005 film Romance & Cigarettes – but sprained her ankle during filming and couldn’t get on top of co-star James Gandolfini.

So instead, director John Turturro got 44-year-old Kate to bounce on an exercise ball to simulate sex. She also had two prop guys holding her so she wouldn’t fall off.

Playing the daughter of a brothel keeper in TV drama Harlots came with some full-on sex scenes for ex-Downton star Jessica Brown Findlay, but she managed to break the ice quickly.

“I found it was quite amusing if you put a whoopee cushion underneath someone,” she told Radio Times.

Oscar-winning Olivia Colman managed to lighten the mood during a sex scene with Emma Stone in 2018 film The Favourite – by placing a wet sponge between her legs.

Olivia said on The Graham Norton Show: “I put a sponge there and I said, ‘It’s all right, there’s a barrier, you’ll be fine’. It was a big wet sponge.”

Keira Knightley has filmed her share of sex scenes, but her role as psychoanalyst Sabina Spielrein in 2011 historical drama A Dangerous Method saw them become very X-rated.

The 35-year-old actress recalled: “We had a couple of shots of vodka before doing the scene – and a couple of glasses of champagne afterwards.”

There are few actors who have had to master the art of sex scenes quite like Fifty Shades Of Grey star Jamie Dornan – and he has his own flesh-coloured prop to keep him decent.

Jamie, 38, told GQ mag: “As a guy you put all your essentials in a little bag and you tie it up like a little bag of grapes.”

Allison Williams – Marnie Michaels in HBO comedy drama Girls – came up with an ingenious solution for coping with one of the most jaw-dropping scenes of the series.

When her co-star Ebon Moss-Bachrach had to get a very close look at her bottom, she asked the crew to make her “smell like cake” by coating the concerned area in vanilla cream.

Neuer is recognized as the best goalkeeper of the 2019/20 Champions League
Drogba received a presidential award UEFA
Calvert-Lewin, Saka and Barnes are called up to the England team for the first time. Maguire returned to the squad
Lazio leases Pereira from Manchester United with a buy-out option for 27 million euros. Potentially the biggest transfer in the history of Rome
Dest will play for Barca under the 2nd number. Dani Alves was playing under it
Bielsa on Guardiola: his Barcelona was one of the best in history. Pep teams play like no other
Barcelona offers 10 million euros with bonuses for Eric Garcia, Manchester City wants 30 million
Source https://www.thesun.co.uk/tvandshowbiz/12398051/angelina-jolie-tom-hardy-getting-kit-off-tv/

5 best work jumpers for women: from statement prints to classic cashmere, these jumpers will keep you looking polished