FILM fans, rejoice – after more than a year of streaming at home, cinemas finally reopen their doors on Monday.

In a survey by the Film Distributors’ Association, 59 per cent of us can’t wait to dip into the popcorn in front of the big screen.

And with many movie releases held back especially for the return of big screens, there will be a flurry of great blockbusters to enjoy.

From 007 to Peter Rabbit, it’s time to enjoy a classic night at the movies with Laura Stott’s round-up of the hottest 2021 releases on the horizon.

Buckle up for another wild ride of mega stunts, special effects and super-charged car chases in this latest instalment.

Dominic Toretto (Vin Diesel) and his gang battle the most skilled assassin and high-performance driver they’ve ever met.

Charlize Theron is also behind the wheel.

A Disneyland theme park ride is the inspiration for this big-screen caper.

Emily Blunt and Dwayne Johnson team up as a riverboat captain and a scientist who set off down the Amazon to seek out an ancient magical cure they hope will change the future of medicine.

The 25th 007 movie, which also stars Ana de Armas, is the most anticipated ever following a delay of more than a year.

The glam socialite, was charged with plotting the murder of her former husband Maurizio Gucci in 1995.

He was the head of the famous Italian fashion house and grandson of the founder.

We’re back in the skies and the Danger Zone in the long awaited sequel to the 1986 original.

Val Kilmer as Iceman and Tom Cruise as Pete ‘Maverick’ Mitchell are back in the cockpit.

After 37 years, Maverick is now a top pilot trainer preparing new recruits for a ­dangerous mission.

Morticia, Gomez, Wednesday and the rest of the Addams family are back, and this time they’re animated.

Creepy and kooky, mysterious and spooky and with some top-notch casting, including Snoop Dogg as Cousin It and Bette Midler as Grandma.

The 1984 classic is given a reboot, but members of the original crew – including Dan Aykroyd, Bill Murray and Sigourney Weaver are back to tackle more ghostly goings-on.

A family move to a new town with a secret ghostbusting legacy. But who you gonna call?

The first Marvel Phase 4 big screen release and 24th adventure in the Marvel Universe stars Scarlett Johansson as Natasha Romanoff, dealing with the legacy of her past as a KGB double agent.

Margot Robbie is back as Harley Quinn, alongside Bloodsport, Peacemaker and their motley crew of assembled supervillains.

They join top-secret Task Force X and are sent to a remote, enemy occupied island.

Director James Gunn returns for this sequel based on the DC Comics team of the same name.

The Eternals are powerful immortals who help shape Earth’s history.

Tom Holland returns as the superhero, following on from Spider-Man: Far From Home.

Believed to be the most ambitious Marvel Spidey adventure yet, but details are still scarce at the moment.

Based on the popular Nickelodeon TV series, the animated adventures of techy kid Ryder and his puppy pals hits cinemas for the first time.

Crime- fighting canines Chase, Marshall, Rubble, Zuma, Rocky and Skye must save the day when a rival starts causing chaos in Adventure City.

Kim ­Kardashian is just one of the big names providing the voices.

James Corden is back for more animated carroty comic capers based on the tales of Beatrix Potter’s mischievous bunny.

This time in the feud between Peter (Corden) and grouchy gardener Mr McGregor (Domhnall Gleeson) our rogue rabbit hero escapes the garden and enters the big wide world, where he has to decide what kind of animal he wants to be.

Disney animated adventure where every child’s best friend is a digitally connected device – but 11-year-old Barney discovers his own malfunctioning robot best buddy, Ron, isn’t quite what he expects.

In a world revolving around social media, the two must figure out together how to be proper pals.

The aristocratic Crawley family return for their ­second big-screen outing.

Writer and creator Julian Fellowes again pens the latest story of the lives and loves of the blue-blooded family and their servants.

Jennifer Hudson flexes her vocal cords once more on the big screen.

It tells the story of Franklin’s musical journey from her church choir days to stardom in the 1960s, with all the greatest hits.

Stephen Spielberg's version of the Broadway and 60s movie classic has been hotly anticipated.

It stars Ansel Elgort, Rachel Zegler, Ariana DeBose, David Alvarez and Rita Moreno, who was in the original movie.

And you’ll be tapping your foot and singing along to the classic tunes, as the kids from different backgrounds fall in love in New York City.

John Krasinski directs this tense horror sequel, which picks up with the Abbott family immediately after the deadly events of the first film.

Following the invasion of the creepy creatures, which hunt only by sound, the family – led by Evelyn Abbot (Emily Blunt) – must continue fighting for survival against the chilling blind predators and other unknown threats.

Picking up where the 2019 movie left off, this sequel should supply even more big-screen slasher horror thrills.

Starring Taylor Russell and Logan Miller, cinemagoers can expect more psychological scares from inside the terrifying escape room where the rules of the game challenge you to break free, if you can…

WHERE TO GET YOUR FLICKS FIX

If you don’t fancy a multiplex, there are plenty of other options for watching films this summer.

From drive-throughs to themed nights, outdoor events and kooky screenings, here is our pick of the alternative flicks. 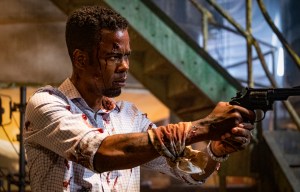 How can I watch Spiral: From the Book of Saw in the UK and US? 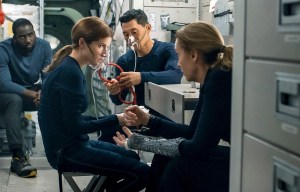 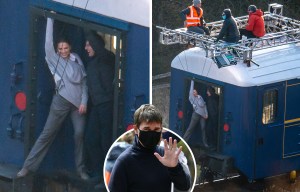 Tom Cruise & Hayley Atwell in hysterics on M:I7 after they were revealed as couple 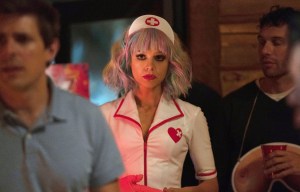 Where to watch Promising Young Woman 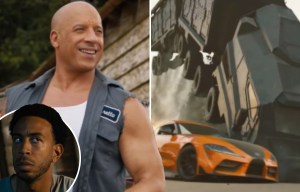 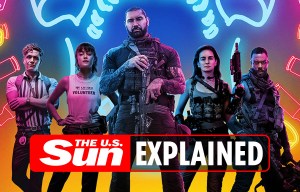