The French European Affairs Minister told France2TV he is not happy to see Brexit Britain struggle with a shortage of fuel, but blamed the UK's "fraudulent" decision to leave the EU for the issues. In a bitter swipe at the UK Government and Boris Johnson's Brexit campaign, Mr Beaune said: "It doesn’t make me happy, but every day you see the intellectual fraud that Brexit has been.

"The energy issue is going faster there than here. And that’s mainly, and I will simplify this a lot, because many investments were called into question.

"Neither Brexit nor Frexit will improve energy prices. On the issue of immigration we see it as well.

"We must be serious in this subject.

"There have been many lies and demagogy. Boris Johnson had promised zero immigration. No, it doesn’t make me happy to see these things happening because I have a lot of sincere affection for the UK and I think they embarked on this five years ago based on dishonesty and now they are responding with a re-Europeanisation because they realise things don’t work out that well on their own." 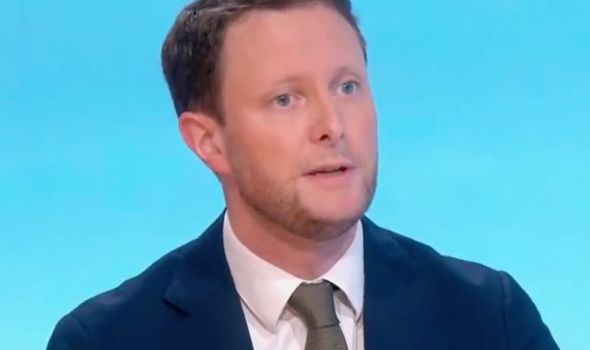 The comments came as up to 90 percent of British fuel stations ran dry across major English cities on Monday after panic buying deepened a supply chain crisis triggered by a shortage of truckers that retailers are warning could batter the world's fifth-largest economy.

A dire post-Brexit shortage of lorry drivers emerging after the COVID-19 pandemic has sown chaos through British supply chains in everything from food to fuel, raising the spectre of disruptions and price rises in the run-up to Christmas.

Just days after Prime Minister Boris Johnson's Government spent millions of pounds to avert a food shortage due to a spike in prices for natural gas, the biggest cost in fertiliser production, ministers asked people to refrain from panic buying.

But queues of dozens of cars snaked back from petrol stations across the country on Sunday, swallowing up supplies and forcing many gas stations to simply close. Pumps across British cities were either closed or had signs saying fuel was unavailable on Monday, Reuters reporters said.

The Petrol Retailers Association (PRA), which represents independent fuel retailers which now account for 65 percent of all UK forecourts, said members had reported that 50 percent to 90 percent of pumps were dry in some areas.

"We are unfortunately seeing panic buying of fuel in many areas of the country," Gordon Balmer, executive director of the PRA, who worked for BP for 30 years, told Reuters.

"We need some calm," Balmer said. "Please don't panic buy: if people drain the network then it becomes a self-fulfilling prophecy."

Environment Secretary George Eustice said there was no shortage of fuel, urged people to stop panic buying and said there were no plans to get the army to drive trucks, though the Ministry of Defence would help with trucker testing.

Hauliers, gas stations and retailers warned that there were no quick fixes, however, as the shortfall of truck drivers - estimated to be around 100,000 - was so acute, and because transporting fuel demands additional training and licensing. 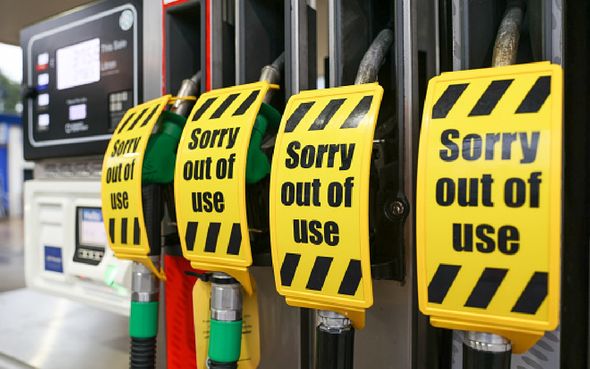 For months, supermarkets, processors and farmers have warned that a shortage of heavy goods vehicle (HGV) drivers was straining supply chains to breaking point - making it harder to get goods onto shelves.

Amid warnings of a dire winter ahead, some politicians in the European Union linked the supply chain stress to the 2016 Brexit referendum and Britain's subsequent decision to seek a distant relationship with the bloc.

"The free movement of labour is part of the European Union, and we tried very hard to convince the British not to leave the Union," said Olaf Scholz, the Social Democrat candidate to succeed Angela Merkel as German chancellor.

"They decided differently. I hope they will manage the problems coming from that," Scholz said.

British ministers have insisted that Brexit is nothing to do with the current trucker shortage, though around 25,000 truckers returned to Europe before Brexit. Britain was also unable to test 40,000 drivers during COVID-19 lockdowns.

The government on Sunday announced a plan to issue temporary visas for 5,000 foreign truck drivers.

Ancelotti on Hazard's injuries: Eden is the most upset. He is tired of these problems
Mourinho showed three fingers again during the Juve match. Perhaps he hinted to the fans about the treble with Inter
Virgil van Dijk: It's difficult to come back after a knee injury. The only thing I can do is try my best to help the team
Modric on the World Cup once every 2 years: Meaningless. The event is special because 4 years are waiting for it. Players are not asked about anything
Jurgen Klopp: I have no idea how to win the Golden Ball. In my opinion, Salah has a chance
I like my hand better without a ring. Wanda Nara about parting with Icardi
Manchester United players are worried about the defeat by Leicester. Sulscher was furious and detained them for 45 minutes after the game

Capitol rioter who tased officer says he had Trump’s ‘authorisation’

Anna Sorokin: ‘Fake Heiress’ detained by ICE for seven months because she ‘overstayed her visa’

Mum, 25, accused of neglect for leaving five-week-old baby with her gran overnight

Thames Water fined £100,000 for unsafe roadworks which ‘could have caused crash’

Mike Phillips book: My break-up with Duffy and the truth about that night outside McDonald's

'Absolutely no plan' to reintroduce coronavirus restrictions despite surge in cases, No 10 says

American billionaires added $2 trillion to their wealth during pandemic

Organised crime 'linked' to kids being arrested in one Merseyside area

The Guardian view on China’s missile launch: the arrival of a peer competitor | Editorial

Man in 30s found stabbed to death in village street as suspect, 33, held over ‘murder’