The two promoters had planned to link up in order to further discuss a fight between Anthony Joshua and Tyson Fury.

But after Hearn questioned the extent of the eye injury Dubois suffered against Joe Joyce, Warren axed any chance of meeting the Matchroom boss.

He told Seconds Out: "That's past, that's gone, we get on with it, we do what we've got to do.

"I'm continuing to make a deliver top quality fights for my fighters and more importantly the people that watch BT, delivering great fights as we will continue to do so.

"As regarding him [Hearn] I don't know how I could even meet him after what he said about Daniel.

"I don't think that'd be a very nice meeting for him."

The animosity stemmed from an interview Hearn did with iFL TV, where he predicted Dubois suffered eye swelling, not a broken orbital.

He said: "I haven’t seen any scans. Report from what? Most people would post some sort of x-ray.

"I’m not a doctor, but it looks like eye-swelling to me, not necessarily a fracture." 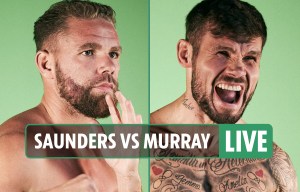 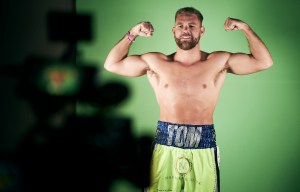 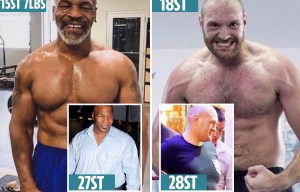 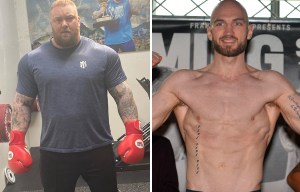 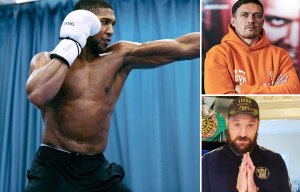 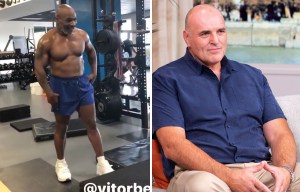 He replied: “He has a fracture, and he had a hemorrhage to his retina.

“He was very lucky, as the doctor said, that it wasn’t any worse than that. It could have been worse if he carried on.

"He was in pain and it was damaged. As I say, there was nerve damage there and that was the pain.

“Joe Joyce done extremely well. He capitalised on his jab, and he kept banging on that.

"It was a close fight going into the round when it was all over. We will have that report, and I will show that report.

“I’m going to show that, and I expect an apology from Matchroom, Mr Hearn, as to what he alleged and said about people lying and not telling the truth on that.

"I’ll be looking forward to getting his apology."

Bayern will play Egypt's Al-Ahly or Qatar's Al-Duhail in the Club World Cup semi-finals
Villalibre about delaying time by Athletic: Barcelona is worth a billion euros, and we wanted to win the Super Cup at the cost of our lives
Andrea Pirlo: Juventus want to win a tenth league title. Now is a difficult moment, but the ambitions remain the same
Dynamo crossed the medical examination and Cyberpunk 2077: they decorated the hospital with graphics and stuffed everything with Easter eggs
Joan Laporta: If Messi wants to gain experience in football in America, it will be useful for everyone
Ter Stegen and the Barcelona defenders have filed complaints against Griezmann for commenting on a poor defensive performance after the Super Cup (Cadena SER)
PSG can buy Barca defender Emerson for 25 million euros
Source https://www.thesun.co.uk/sport/13387255/frank-warren-eddie-hearn-meeting-daniel-dubois/

Is Demi Lovato a Republican or Democrat?

Is Justin Timberlake a Republican or Democrat?

Teen whom Biden befriended as fellow stutterer has book deal

‘If only’ factors will always torture parents who lose a child

The election wasn’t stolen—but the inauguration was

White Evangelical pastors turn their back on Trump after capitol riots