Crowds of people gathered in Lyon this evening, with some carrying placards that said: "No to the police state". Dramatic footage on social media also showed the streets filling up with thick smoke as flares and tear gas were thrown. People were seen wearing dark clothing and masks on their faces as they swarm the roads and streets.

A witness tweeted: "Police use tear gas to #Lyon where several thousand people are united against the #LoiSecuriteGlobale."

The riots were over Mr Macron's new general security bill, which approved by French MPs today.

The new bill would mean it would become a crime for people to share pictures of police officers without blurring their faces.

Publishing images on social media with the aim to undermine a police officer's "physical or psychological integrity" could also result in a year's prison sentence or a fine of up to €45,000.

But since this legislation was proposed last month, there have been protests against it in cities across France, including Paris, Lyon, Bordeaux and Marseille.

Human rights organisations have also criticised the proposed bill as it could limit press freedoms and undermine potential abuses of power by the police being held to account.

There have also been complaints that the bill's wording is too vague.

Ahead of the debate today, Amnesty France said in a statement on their website: "If such a law were to enter into force as it stands, it would constitute a serious violation of the right to information, to respect for private life, and to freedom of peaceful assembly, three conditions which are nevertheless essential to the right to freedom of expression. 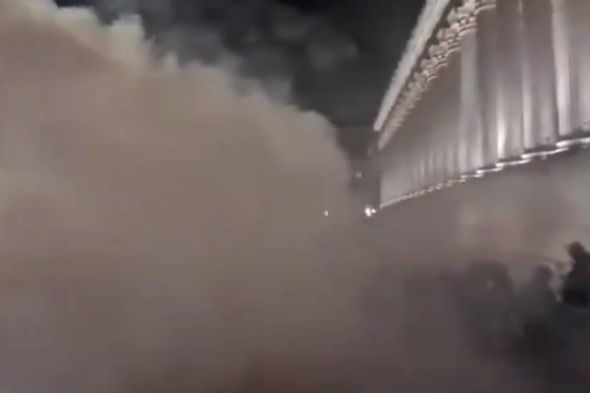 The French parliament rejected a similar bill earlier this year.

But French Interior Minister Gerald Darmanin has since said it was necessary to "protect those who protect us".

His words came following reports that police officers were seeing an increase in being targeted and threatened. 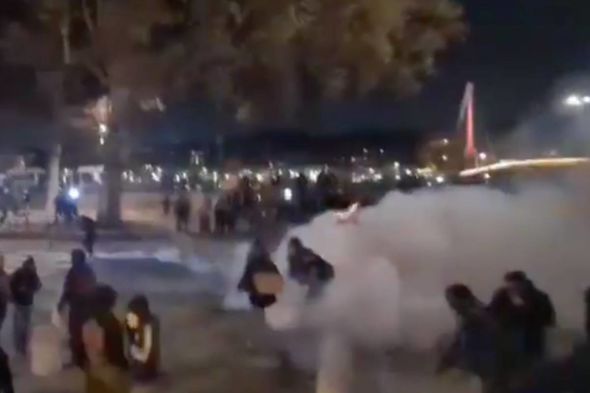 Some demonstrators in Paris last week said they thought the real purpose of the bill was to stop the media from exposing police brutality.

But Gérald Darmanin, Mr Macron’s interior minister, said this was not true.

He wrote on Twitter that “a journalist or a citizen who films a police operation can of course continue to do so.

"But those who accompany their images with a call for violence while giving out the names and addresses of our police officers will no longer be able to do that”. 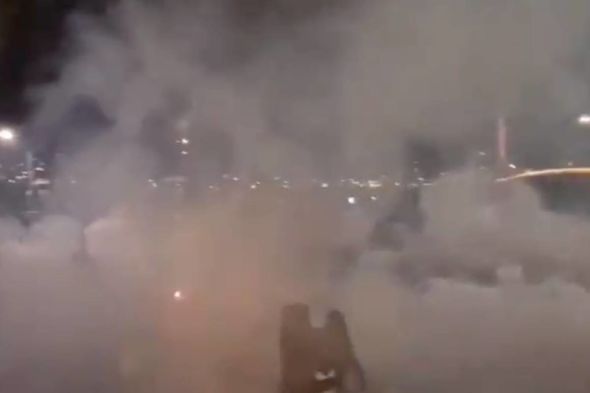 Scrutiny of French policehas increased recently after a number of incidents were filmed and shared to social media.

One incident included the death of Paris delivery driver, Cédric Chouviat, a 42-year-old father of five, in January.

Ms Chouviat was heard saying "I'm suffocating" as seven police officers held him down in footage that went quickly viral.

Three police officers were charged with manslaughter in July in connection with his death.

Setien is demanding 4 million euros in compensation from Barca. Valverde's resignation cost the club 11 million
Two Cornell players tested positive for coronavirus after the match with Barca
Mbappe finished 1st on the Ligue 1 goalscoring list, scoring 13 goals in 17 appearances. He broke the streak of 4 games without goals
Holland has scored 27 goals in his first 28 Bundesliga appearances. He's the second person to do this
Sevilla are trying to sign Papa Gomez, Monchi is in talks. Atalanta wants to sell him to a club not from Italy
Holand has scored 14 goals in 13 Bundesliga games this season
Neymar is playing his 100th game for PSG. He has been at the club since 2017
Source https://www.express.co.uk/news/world/1364159/france-news-protests-lyon-police-tear-gas-emmanuel-macron-law?utm_source=feedburner&utm_medium=feed&utm_campaign=Feed%3A+daily-express-news-showbiz+%28Express+%3A%3A+News+%2F+Showbiz+Feed%29