Roads in Paris were gridlocked as residents attempted to leave the city whilst bars and restaurants were full of punters enjoying a final night out before shutdown. Others attempted to stock-up at the shops before new restrictions are placed on non-essential products.

Under the new rules all bars and restaurants will be required to close until at least December 1, when the lockdown is due to end.

People will need to carry documents when leaving the home explaining why they are doing so.

These can be checked by police with fines of 135 euros (£122) for those who don’t have a valid reason.

Accepted reasons include to buy essential supplies, travel to work if it can’t be done from home and to exercise for up to one hour per day. 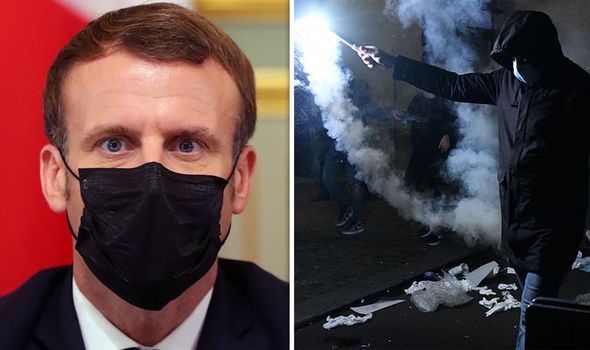 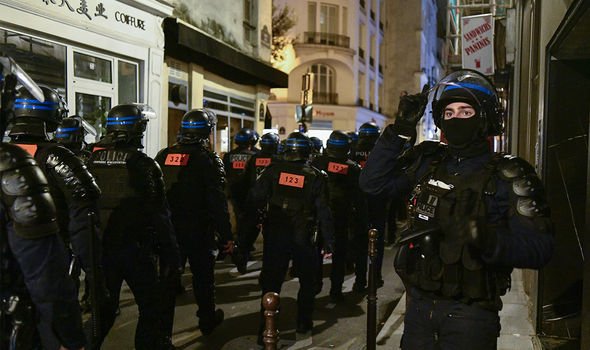 However, on their daily exercise people are not allowed to travel more than one kilometre (0.6 miles) from their dwellings.

Unlike during the first lockdown schools will remain open across the country.

This takes the total French death toll since the outbreak began to 36,000. 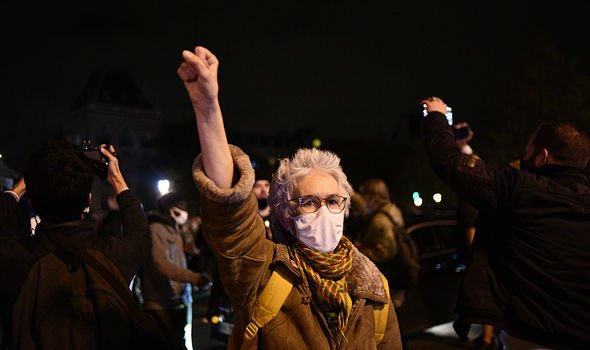 A protest in Paris ahead of the new lockdown (Image: GETTY)

The new lockdown was announced by Emmanuel Macron on Wednesday.

Some 33 million people watched the broadcast during with the president warned COVID-19 is spreading “at a speed that even the most pessimistic did not predict”.

Mr Macron claimed hospitals would be overwhelmed across France unless decisive action was taken.

The maximum number allowed to attend a wedding will be six along with 30 for funerals. 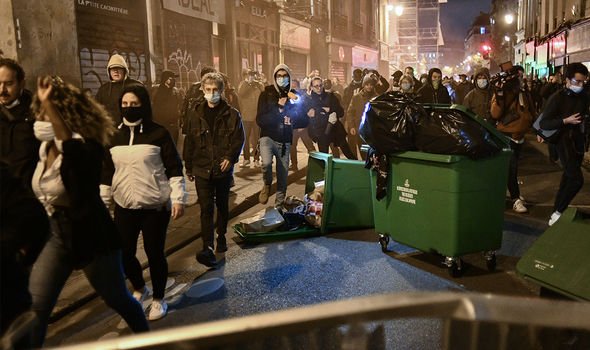 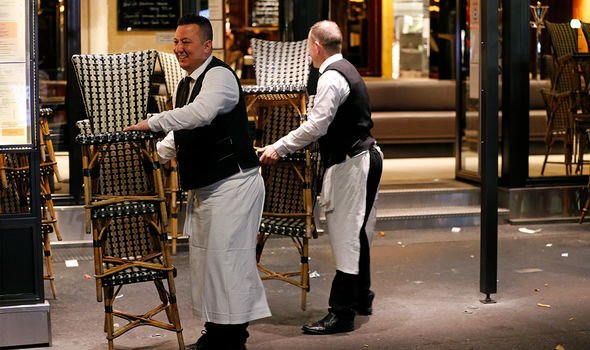 French restaurants and bars will be required to shut throughout November (Image: GETTY)

Dr Hans Kluge, the WHO’s European regional director, warned in Europe “hospitalisations have risen to levels unseen since the spring”.

He added Europe is “at the epicenter of this pandemic once again”.

A second coronavirus lockdown is also being imposed on Germany, though non-essential shops and schools will be allowed to stay open.

Under the rules all restaurants, bars and gyms are required to close until the end of the month at the earliest.

Public meetings of more than two households have also been banned.

She commented: “If the virus could think, it would think ‘I’ve got the perfect host here. 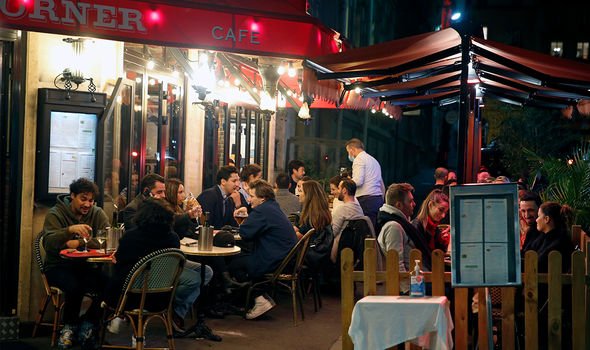 Revellers out on Thursday before lockdown was imposed (Image: GETTY)

“These people live all over the planet. They are globally networked and are social creatures, they can’t live without social contacts.

“They have a hedonistic inclination, they like to party, it couldn’t be any better.’”

Instead Ms Merkel said humans must prove to the virus that “you have chosen the wrong host”.

Hooray, in England they will let the audience into the stands again! While up to 4 thousand and not everywhere, but the clubs are happy 😊
Solskjaer about the match with Istanbul: these are the Champions of Turkey, it will be difficult
Gasperini on the nomination for the best coach of the year award: If we beat Liverpool, maybe I'll get a few votes
Julian Nagelsmann: Leipzig want to give PSG that final feeling they are talking about
Tuchel Pro Champions League: Match with Leipzig - the final of our group
Antoine Griezmann: it's Time to put everything in its place. I've had enough
West Brom goalkeeper on Brunu's penalty: you should not jump before the kick
Source https://www.express.co.uk/news/world/1353984/Coronavirus-news-France-COVID-19-lockdown-shutdown-Paris-Emmanuel-Macron-ont?utm_source=feedburner&utm_medium=feed&utm_campaign=Feed%3A+daily-express-news-showbiz+%28Express+%3A%3A+News+%2F+Showbiz+Feed%29