A BABY was reportedly knocked unconscious after hitting its head on a table during a pub fight.

Police confirmed the four-month-old tot was taken to hospital after getting caught up in the brawl at the bar in Plymouth.

Devon and Cornwall Police were called to the scene at The Colebrook Inn in the suburb of Plympton.

The baby is believed to have had its head smashed on the table during a fight between two men.

Police confirmed a man was pushed and fell onto a woman holding the baby who was then sent crashing into the table.

In a statement, the force said it is believed the baby was "knocked unconscious when its head hit the table".

Cops said the injury to the baby is thought to be a "freak accident" and they are not concerned about its welfare.

The baby was taken to Derriford Hospital by ambulance, where it received treatment for a "minor head injury".

The tot has now been discharged after the harrowing incident which occurred at 5pm on Sunday.

Detectives are continuing to investigate the assault of a man in his 70s by another man.

A police spokesman said: "Police were called with a report of violence between two men at The Colebrook Inn, Plympton, at around 5pm on Sunday 2 August.

"Police are subsequently investigating the assault of a man in his 70s by another man.

"During the incident a man was reportedly pushed and fell onto a woman holding a four-month-old baby who was subsequently believed to have been knocked unconscious when its head hit the table." 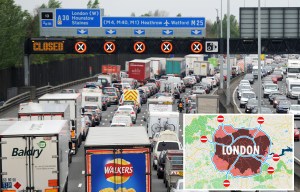 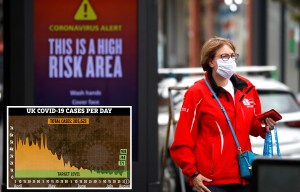 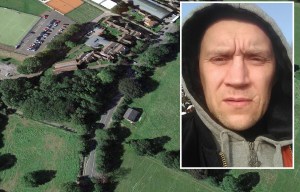 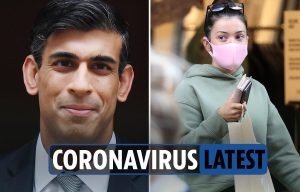 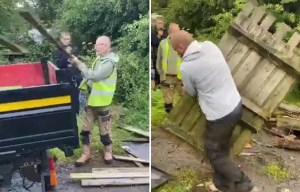 He added: "The baby was taken to hospital where it received treatment for a minor head injury before being discharged."

No arrests have yet been made and two men involved in the row have now been identified and will be spoken to by police.

If you can have any further information about the matter contact police on 101, email [email protected] or call Crimestoppers anonymously on 0800 555111 quoting police log number 814 of 2/8/2020.

Fati scored 3 goals in 2 La Liga matches. He has 10 goals for Barca in 26 League games
Dest about Barcelona: It's an honor to play for the best team in the world
PSG are set to sign AUAR in the summer of 2021. Arsenal and Juventus are Interested in the player
Juve offered Fiorentina Rugani and De Sciglio as part of the payment for Chiesa. Violets want Demiral
Messi and Ronaldo have not seen each other for more than two years, and now they are heading to the Champions League. According to personal meetings, Leo takes out the opponent with a break
UEFA returns fans to the Champions League and Europa League, but empty stands will remain - in England, Spain, Italy and other countries local bans are in force
Zhivoglyadov about Champions League: Loko got the strongest teams of their leagues. Bayern writes a new story
Source https://www.thesun.co.uk/news/12302134/baby-unconscious-smash-head-pub-fight/

Liverpool local lockdown and how it compares to rest of country

Where are Chris Watts’ parents now?

Jamie Murray questions the direction in which British tennis is heading

'I'm tired of it': Fox News reporter angrily hits back at criticism of his white supremacy question

What people in Liverpool think about tougher new restrictions

Children can have a live video call with Santa on Zoom

Brexit must have 'consequences': Eurocrat's punishment pledge if UK deviates from EU rules