FORMER England boss Steve McNamara is ready to go into Exile – by taking them on.

The cancellation of this year’s Ashes series against Australia has left the national side searching for an opponent a year before a home World Cup.

Boss Shaun Wane is up for facing the Exiles, a team made up of Super League’s finest former NRL players – and a bit of garden thinking only increased that desire.

Now Catalans Dragons coach McNamara, who helped bring in the concept from 2011-2013, has told SunSport he would take on his home nation.

He said: “From a performance perspective it's the closest we got to an international contest.

“It’s also far more cost efficient than flying out to Australia for a week also. It was a good concept and the Exiles team now would be exciting. I'll coach it!”

SunSport has been told that while the Exiles is a good idea, Rugby Football League chiefs would have to make it work financially for it to get off the ground.

Disinterest from fans saw games shelved seven years ago but now there is the added factor of the likes of Sonny Bill Williams, Israel Folau, James Maloney and several stars for new Test powerhouse Tonga to pick from.

And Wane, who would have the backing of RFL chief executive Ralph Rimmer, admitted: “The other day I was sat in my garden and picked an Exiles team and it’d be very strong, as good as any Test team.

“For fans over here to watch a game of that standard would be superb. It would be of the standard I’d want leading into the World Cup.

“I just want us to play, I want to get coaching and do what I hopefully do best.

“I know there are a lot of things could happen, so it’s not certain of being on, but if there’s a chance I know Ralph has always been very supportive of me and helped me in every way he can, and I know he’ll do his best in the same way.

“If it’s the Exiles, great. A game is a game, but for me, as national coach, I would want it to be as high quality as possible. That would be the key.” 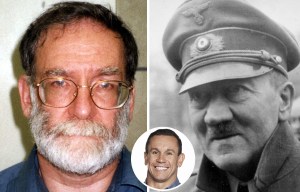 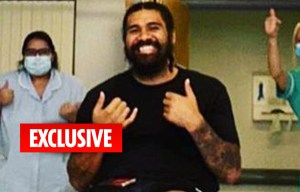 Pizarro finished his career as a player. Werder's players cradled him in their arms after the match
Aitor Karanka: When Real Madrid wins, they always talk about the referees
Gendusa two weeks training with Arsenal according to the decision of Arteta. Londoners can sell it
Alexander Elagin: if you Want to live a man with a man, a woman with a woman-live! But don't involve children
Pizarro finished. He came to Werder 4 times and became a legend here
Lloris about the fight with Son: It's part of football. Sometimes this happens
Mourinho won the 200th match in the Premier League. Only Ferguson reached this mark faster – just 4 matches
Source https://www.thesun.co.uk/sport/11771969/former-england-boss-steve-mcnamara-up-for-taking-them-on-with-the-exiles/

Georgia declares state of emergency and deploys 1,000 troops after 5 killed and 30 shot in Atlanta