Footballers who share their names with film titles redux | The Knowledge

“Port Vale striker Leon Constantine appears to share his name with the titles of two films. Is he unique in this respect?” pondered Nigel Stubbs in February 2006, an archive question we dug up again last week. With the Oscars this weekend, what better time to revisit it?

Our very own Stuart Goodwin gets the ball rolling with Wilson Palacios and Shane Duffy, along with former Birmingham City skipper Ray Martin. He even has a referee in the shape of Michael Oliver! 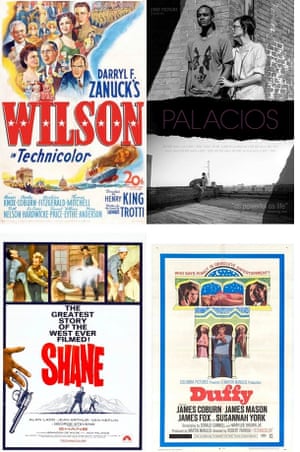 The 1972 rat-based horror Ben, according to Peter McIntyre, sets up some potentials: Sweat (Inter Miami) among them. From this we can get Ben Foster (Watford) and Ben Godfrey (Norwich City).

And Robin Clarke goes off on a tangent. “The question reminded me of another one about seeing things in the classified results,” he begins. “On Wednesday 24 February 2016 Derby County beat Blackburn Rovers 1-0. The scorer was Butterfield 8.”

“Lincoln City are currently fielding Max Melbourne and Conor Coventry – their city namesakes being 17,000km apart. Can any other side beat this?” asks Andrew Newton.

17,041km: “Lyon have a couple of good candidates,” reckons Russell Yong. “Memphis (Depay), Tennessee, is 15,622km from (Jeff Reine-) Adelaide. However, the only combination that beats Melbourne-Coventry was created when they signed Bruno Guimarães last week; Guimaraes, Portugal, is 17,041km from Adelaide, Australia.” Interestingly, Lyon’s signing deprives Brazil’s Club Athletico Paranaense of a 19,758km pairing, of Guimarães alongside Wellington. Russell has more, though. “It’s been hard to fit the criterion of actual cities. Yeovil’s (Courtney) Duffus is 18,162km from (Stuart) Nelson, New Zealand, but Duffus is a village (outside Elgin, Scotland) rather than a city. Similarly, Athletico Paranaense’s Wellington – again – is 18,369km from Lucas Halter, a hamlet of Visbek, Germany. We could have had Palmeiras’s Nino (El Nino being a suburb of Murcia, Spain) 19,521km from Wellington (Silva), but alas, the latter was loaned to Internacional earlier this season.”

“Once, on a disastrous tour to France with my school team, I played so terribly at right-back that I was substituted, in spite of the fact that our only sub was the reserve goalkeeper,” recalls Benjie Goodhart. “Has any outfield player ever played so badly they’ve been similarly embarrassed?”

Not quite, but there’s definitely some embarrassment in this old favourite. “Nicky Weaver once replaced former USA international midfielder Claudio Reyna for Manchester City in the Premier League,” recalls John Morgan. “City were playing Middlesbrough and needed a win to clinch a Uefa Cup place on the last day of the 2004-05 season. Manager Stuart Pearce decided David James would be an effective target man, and brought Weaver on in place of Reyna, moving James up front in an outfield shirt bearing the No 1. James didn’t score, but contrived to cause enough panic that City won an injury-time penalty for a Franck Queudrue handball … only for Robbie Fowler to miss and blow City’s chance. The only person feeling worse in the entire ground must have been Jon Macken – a centre forward, one-time record City signing and unused sub watching the farce from the dugout.”

“With the appointment of Mikel Arteta following the sacking of Unai Emery, Arsenal have the distinction of employing two successive Basque managers,” notes Oliver Farry. “Has this ever happened outside Spain before? Is it even common in Spain outside the Basque Country?”

“Are there any stories of journalists making rash promises to perform unlikely feats if given football results were to occur?” wondered Justin Horton in 2014.

Henry Winter, Bernie Slaven, Doria Tillier et al were not the only ones to make some foolish promises in the heat of the moment. “BBC WM presenter Paul Franks said he’d run around Molineux if Stale Solbakken got the job,” reported Paul Waterfield. “He did it in the mankiest pair of underpants imaginable.” And a mankini.

“I seem to remember Rodney Marsh, working as a TV pundit, made one that Bradford City would be relegated from the Premier League in their first season in it,” recalled David Smith. “They stayed up improbably by beating Liverpool in their last game, and I believe Marsh fronted up at Valley Parade to have his head shaved to honour his bet.” This would not be the last time that Marsh would make a rash promise. In 2013 he tweeted: “If #Stoke are ever the 1st match on MOTD I will drive to Stoke & personally clean every players’ boots”. Days later, Oussama Assaidi’s 90th-minute winner against Chelsea ensured Marsh was on his way to Stoke with sponge in hand. The former Manchester City man turned up at the club’s training ground but some players turned their backs. “‘I will clean my own boots,” said Charlie Adam, “he will be too embarrassed to clean them.” The clean boots were signed and auctioned for the Donna Louise Children’s Hospice.

“Has a player ever picked up an injury during a medical?” asks David McCarville.

Liverpool have a 22-point advantage - what’s the biggest point margin for a title winning team?

“Mark Walters’ middle name is Everton, despite playing umpteen times for Liverpool,” explains Alex Gowing. “Does any other footballer have a name (first, middle or surname) which was a direct rival of a club they played for?”

On Saturday 1st Feb four Bristol City loanees scored for their host clubs (Liam Walsh for Coventry, Tyreeq Bakinson for Plymouth, Jonny Smith for Oldham, and Sammie Szmodics got two for Peterborough). Has a club had five or more of their loanees score on the same day?

“Nigel Pearson looks to have revived Watford,” begins Mike Tomkins. “I discovered he was the boss when Jimmy Glass saved Carlisle in 1999; nine years later and he helped save Southampton from relegation to League One at the expense of future employers Leicester. Of course he went on to famously save the Foxes the season before they won the Premier League. And he was the assistant manager when West Brom beat the drop in 2005. Has any manager been involved in more great escapes?”

Email your questions and answers to [email protected] or tweet @TheKnowledge_GU.

Pjanic on Barca: the Team is doing very well, we are ready. Koeman told me to be myself
Fede Valverde on Messi's desire to leave Barca: There were no messages on this topic in the Real Madrid chat
Gary Neville: Manchester United won't win the Premier League until they sign a mobile centre-back
Van de Beek after 1:3 with Palace: Happy to make his debut for Manchester United, but disappointed with the result
Jurgen Klopp: Transfer activity shows Chelsea's ambitions
Andrea Pirlo: I'm in Juve and I work with a team full of Champions. I have no doubts, only confidence
Even Zidane listens to Marseille rap. The city is steeped in hip-hop, and the club promotes aspiring rappers
Source https://www.theguardian.com/football/2020/feb/05/footballers-who-share-their-names-with-film-titles-redux

Liverpool lineups vs Chelsea as Thiago debut decision made