FLOYD MAYWEATHER has announced he is making a boxing comeback - but only in a virtual sense.

The American went undefeated during his storied career and will now hope to maintain that dominance in simulated bouts after agreeing to put his digital likeness up against other boxing greats.

The joint venture between Mayweather, streaming platform fuboTV and virtual entertainment company FaceBank, allows for some of greatest fights of all time that never happened and could have never happened.

A statement about the joint venture read: "Resembling short films, these precise, real-time simulations will feature top-secret results based on a modeling computer that will make incremental relationships between actual performance, velocity of punches, speed of reaction, strategy and stamina.

"These unprecedented virtual boxing matches will be exclusive to live TV streaming platform fuboTV and pay-per-view partners to be announced."

VIRTUAL SPORTS ALL THE RAGE

FaceBank will work with Mayweather to research and analyze photographic, filmed and mathematical representations of the boxer's face and body to develop a comprehensive computer-generated 'digital likeness' of him.

The company expects to announce similar agreements with other boxing greats in the coming weeks.

Mayweather, who went 50-0 during his career, was famed for his defensive skills.

His precise footwork and elusive head movement made him an almost impossible target for even the best boxers in the world to land a glove on.

The last professional fight of Mayweather's career came in August 2017 when he secured a 10th round TKO against Irish UFC star Conor McGregor.

FLOYD TO BECOME A TRAINER

But he has often teased a glorious return to boxing by posting intense workout videos on social media.

And SunSport has reported how Mayweather has announced his plan to become “one of the best trainers in the world” after being inspired by the death of his uncle and former coach Roger.

The 43-year-old paid tribute to Roger last month with a series of pictures of the pair after his passing aged 59.

With a whole host of events postponed or cancelled because of the coronavirus pandemic, fans have been left relying on virtual sports. 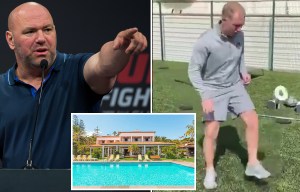 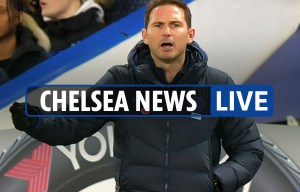 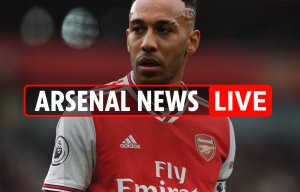 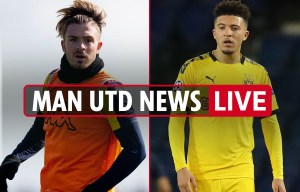 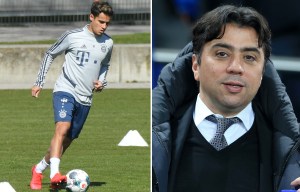 And the World Boxing Super Series are running their middleweight legends tournament using the legendary Fight Night computer game on the back of their hugely popular heavyweight version.

Mike Tyson outpointed Muhammad Ali in the final of that one in a real battle of boxing legends.

Martin Ødegaard: Sociedad wants to get into the Champions League is a dream. It's hard to fight Real Madrid and Barca, but we can fight the rest
Newcastle midfielder Longstaff is close to a move to Udinese. His salary will increase by more than 30 times
Milan defender Duarte was injured. This is the second injury at the club after resuming training
Lyon bought Toko-Ekambi from Villarreal for 11.5 million euros
Porto coach: Matches without fans are like salad without dressing. Without vinegar, oil and salt – not the same
Newcastle defender Yedlin: We do not demand that the lives of blacks are more important than the lives of whites. Just to be treated as equals
Barcelona could sign Alfonso Davies for 8 million euros in 2017
Source https://www.thesun.co.uk/sport/11370202/floyd-mayweather-boxing-virtual/