FLESH and Blood has had viewers on the edge of their seats all week since it kicked off on Monday (Feb 24).

The mini-series brought with it lots of twists and turns and last night's finale has left fans wanting answers.

Well what a series that was and what a cliffhanger the last episode of Flesh and Blood ended with.

It all came to a head at Vivien’s 70th birthday party, where events spiralled into a terrible tragedy.

Here we take you through all those pesky questions that we need answers to.

Who was in the body bag?

Fans have been left confused after the end of the series regarding the body bag.

In episode one, the opening scenes were at a crime scene and after we were shown a body bag fans were left thinking someone would die at the end of the series.

We were under the impression this was Mark after Mary 'finished him off' after he fell from the balcony.

However, when he opened his eyes in the final few seconds of the show, fans were left wondering just who was in the body bag at the start?

It could be that it was Viv's first husband - but I guess we will have to wait and see if there will be a season two...

Will Mark expose what happened?

We know that Mark fell off the balcony and hit his head after he got into a fight with Jake.

Throughout the series we have seen flashes of a body being pulled from the beach, and it turns out it was Mark - but he's not dead.

In a surprise twist right at the end of the series finale, we saw Mark open his eyes suddenly after being in a coma.

Will he tell the police what really happened? And we're not just talking about the fight on the balcony - as when he was lying injured on the beach, Mary said she would go down to tend to him.

She then pretended to give him mouth to mouth, when really she was trying to kill him by closing his mouth.

Will Mary keep the secret?

Lonely next door neighbour Mary wants Mark out of the picture so that she can have Vivien all to herself.

Also Vivien was talking about moving away and selling up - but this would mean Mary would be even more isolated.

The family don't know she tried to kill Mark.

Will Natalie keep her baby?

After pretending to be pregnant with her married boyfriend Tony's baby, fate took a turn when it was revealed she really was expecting a baby.

However, after an emotional conversation with him on the beach, she told him that she can't see him anymore as it was "too painful".

But will things now change now she is pregnant and will she go ahead with the baby?

Will Helen and George stay together

Helen was seen desperately trying to patch things up with her husband George, even as her career was hanging by a thread.

She has been ordered to take leave from work after being accused of harassing a disgruntled employee - when in fact she was the one being stalked.

George has been feeling increasing neglected by Helen and it now looks like they could be over for good.

Will Jake get back with his wife?

After making amends with her, it looked like they were going to get back together.

However, she walked in on him sleeping with Stella, who he has been having an affair with.

This set him spiralling, and he ended up getting drunk, and that's when he started fighting with Mark.

Throughout the series it was suggested that Vivien's new man Mark was drugging her.

We know that he was giving her tranquillisers when she came out of hospital, but she appeared quite out of it at times.

It also appeared that he was slipping something into her drink.

Was Mark trying to control Vivien by drugging her? 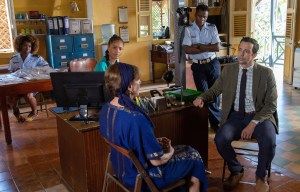 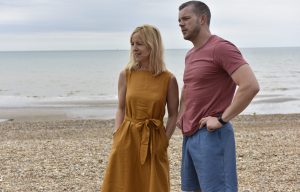 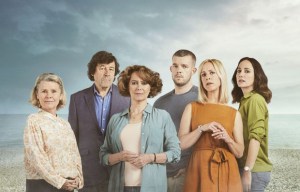 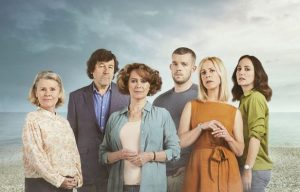 What time is Flesh And Blood on ITV tonight and what's the drama about? 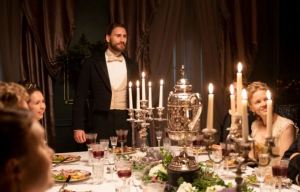 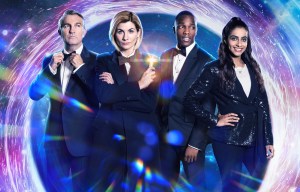 RETURN OF THE DOC

When is Doctor Who back? The series 12 finale airs this Sunday 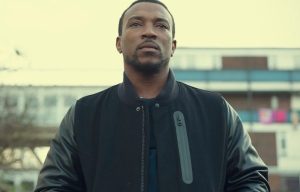 Top Boy season 4 - Will there be another series of the Netflix show? 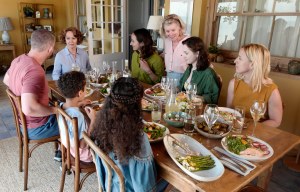 Flesh And Blood - will there be a second series of the ITV drama? 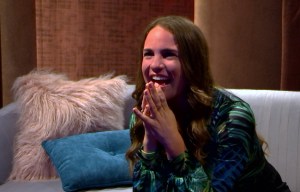 When is the Love Is Blind finale and how many episodes are there?

Will there be a Flesh and Blood series 2?

The show has proved to be a big hit with viewers since it kicked off on Monday (February 24, 2020).

Fans are now begging for more and want to know if there will be a second series.

At the moment, as the show is billed as a 'mini-series' this could been that could be your lot - but we will have to see how the show ends.

The Sun Online contacted ITV for a comment, but they are yet to reveal if there will be another series.