Raging on Jeremy Vine on 5, the former Brexit Party MEP dismissed claims the fishing industry only contributes to 2 percent of the UK's GDP. She blasted taking back full control over British fishing waters would allow coastal communities to have a future post-Brexit. Ms Mummery said: "We are taking back full control of our waters and resources. Fishing shouldn't even be in any deals."

She added: "That GDP is not a small 2 percent. That GDP is 100 percent to coastal communities and we need that back.

"We have got a golden opportunity to rebuild our industry that quite frankly has been taken away from us.

"We need to create jobs now for future generations and you cannot do that if you allow the EU to still control some of our fishing industry.

"So we have to take back control. There is no other way forward for us.

"Why should the coastal community be the sacrificial lamb in all of this?

"No! We have been sacrificed once before and we've had enough. 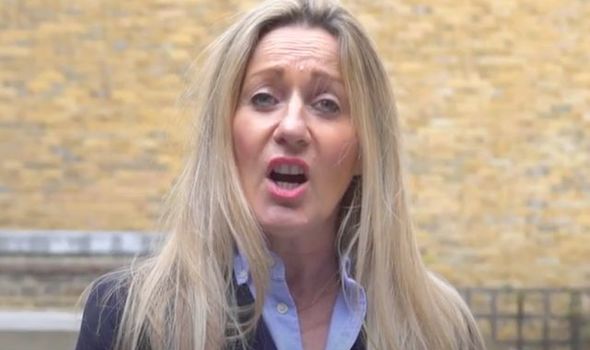 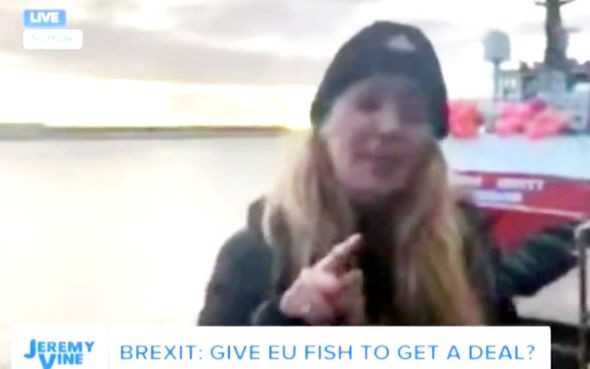 "We want to take it back and be happy.

"Look at that wonderful ocean over there, that belongs to each and every one of us.

"Fishing is the most sustainable, natural resource that we have."

Cabinet Office Minister Michael Gove has also hit out at the EU for trying to take the "lion's share" of British fish stocks as Brexit talks go "down to the wire".

The senior minister also called for Brussels to move on other areas of contention such as dispute resolution, as he insisted "it takes two to tango".

The remarks came as negotiations between London and Brussels continue, with both sides stressing that time is running short to strike an agreement, with the Brexit transition period finishing at the end of December.

Mr Gove urged businesses to be ready for the deadline whether a last-minute deal is struck or not.

"The EU still want to take the lion's share of the fishing in our waters, which is just not fair given that we are leaving the EU.

"The EU still want us to be tied to their way of doing things.

"What happens if there is a dispute? The EU are at the moment reserving the right, if there is any sort of dispute, to not quite rip everything up but really to impose some quite penal and tough restrictions on us, and we don't think that's fair," he told Sky News. 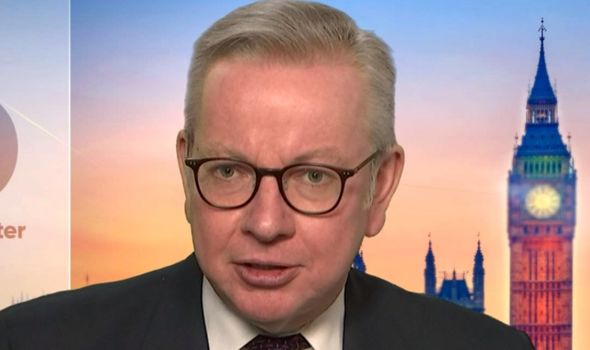 Brexit news: Gove hit out at the EU for trying to take the 'lion's share' of British fish stocks (Image: ITV)

"It takes two to tango; we have intensified the negotiation process but it's important that the EU also lives up to its responsibilities as well," he told ITV's Good Morning Britain.

Acknowledging that talks were "getting close to the wire" ahead of the Brexit transition period finishing at the end of the month, Mr Gove urged businesses to be prepared whichever way the negotiations go.

"Whether or not we have a free trade agreement - and I fervently hope that we do - more than 80 percent of what business needs to do is the same anyway," he told the BBC.

Eriksen pro goal for Milan: It was the perfect free kick for me. I am very happy
Conte on 2-1 with Milan: Before the winning goal, the result was unfair. Their goalkeeper is the best player of the match
Mikel Arteta: Arsenal did everything right, but they lost. Wins give confidence
Nicolo Barella: We proved that we are stronger than Milan
Go do your voodoo shit, you little ass. Ibrahimovic-Lukaku during the Cup match
Pioli on the defeat by Inter: The only difference was the relegation. There could be any result in equal teams
UEFA has no plans to abandon the Euro in 12 cities. Other options are undesirable
Source https://www.express.co.uk/news/politics/1366831/brexit-news-brexit-fisheries-uk-june-mummery-eu-uk-trade-talks-latest-vn?utm_source=feedburner&utm_medium=feed&utm_campaign=Feed%3A+daily-express-news-showbiz+%28Express+%3A%3A+News+%2F+Showbiz+Feed%29