After a near five-year hiatus, Land Rover has returned to a somewhat thinner commercial 4×4 sector, as the load-lugging derivatives of its latest Defender prepare to do battle with the Toyota Land Cruiser and top-spec Hilux, Ranger and D-Max pickups.

As mentioned recently in Farmers Weekly, there has been an exodus from the pickup market, and that has given Land Rover renewed, and somewhat unexpected, enthusiasm for the farming sector with its SUV-cum-van.

That said, more ferocious competition is pending as the countryside awaits Ineos’ introduction of its debut Grenadier. It is expected later this year.

Large fleet orders have been the driving force behind one in four new Discoverys going out in two-seat commercial spec.

Land Rover expects that figure to be replicated with the Defender Hard Tops – both the three-door, short-wheelbase 90 model and five-door 110, which have been developed with the firm’s Special Vehicle Operations Division.

Though they are too plush for the rough end of farm life, they do have several strong suits. Full-time four-wheel drive through a central differential, an optional locking rear diff and 3.5t towing capacity are key assets.

In fact, the Defender is rated to tow 3.7t in the US, which stands it in good stead for towing a trailer full of tups up a Welsh hill. 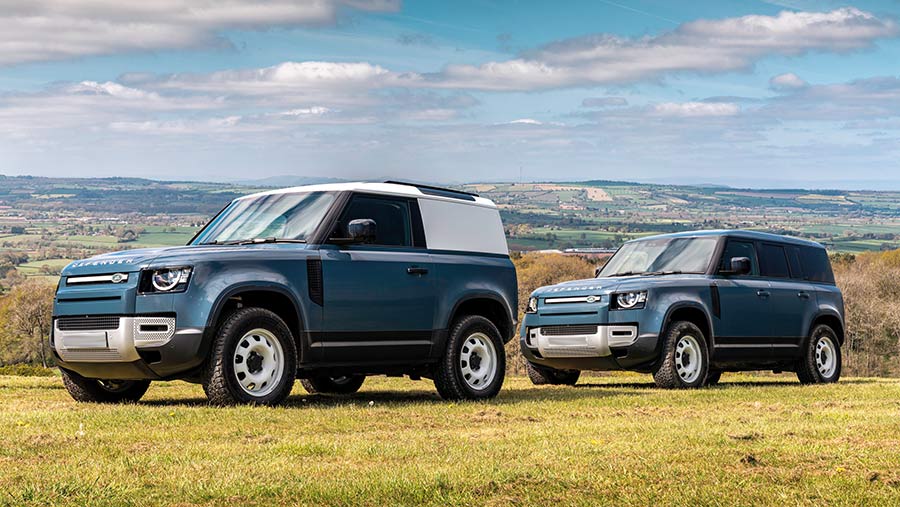 Similarly, the aluminium monocoque is stronger than the old body-on-frame design, and coil-sprung suspension (air cushions are an option on the 110) delivers a better ride than most pickups.

For the record, Land Rover says it has no plans for an open-back, pickup-style Defender.

Unlike the five-seat passenger version, panel-sided Hard Top Defenders have a fixed bulkhead and full-height partition behind the front seats to separate drivers from their cargo.

Two seats are standard, but buyers can spec a third central “jump seat”. It’s a handy extra and can be folded down to form an armrest, though it does hog space when not in use.

Opting for it automatically ticks the box for the quirky, and generally useful, addition of a camera feed on the rear-view mirror.

Footwells are lined with hose-down rubber mats, as is the base of the boot space, which is accessed through a side-hinged rear door. 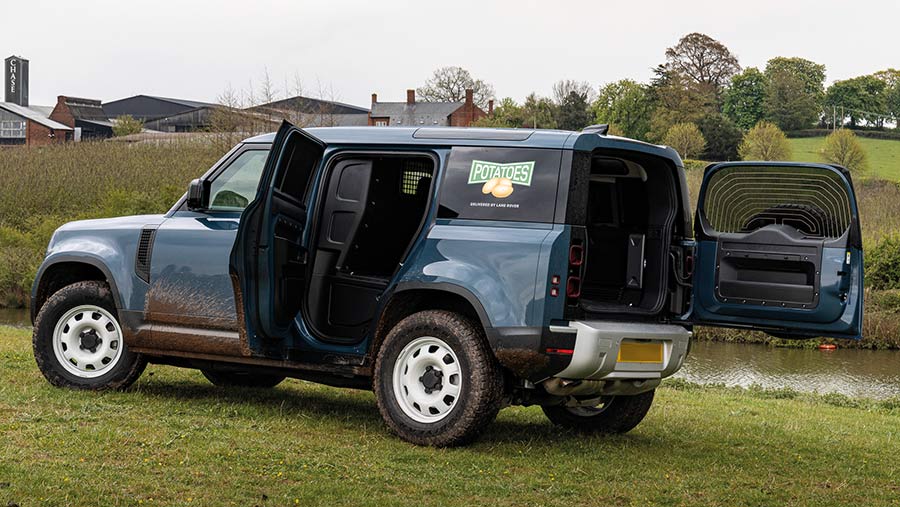 Both models have a 58-litre compartment at the rear, but the 110 also has a further 155 litres in what would be the footwells of a passenger model. 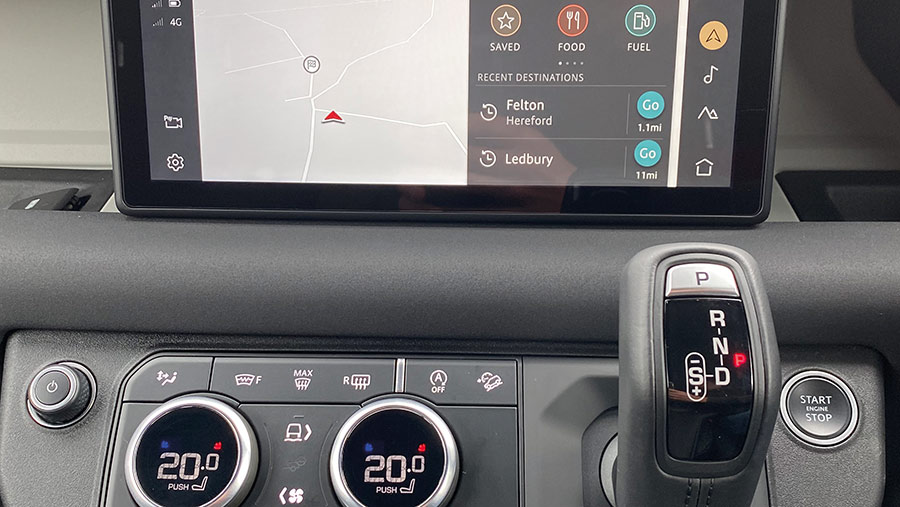 The 90 is only available with Land Rover’s D200 six-cylinder engine tuned to develop 200hp and 500Nm.

Both offer smooth torque delivery through an eight-speed automatic transmission with a twin-speed transfer box. The rest of the spec is the same as that of the passenger vehicles.

Ground clearance is 291mm, wading depth is 900mm and Land Rover’s Terrain Response 2 system should help drivers get out of sticky situations.

As for spec, the 90 is limited to fabric seats and rubber flooring. The 110 opens up a world of options with three specs – S, SE and HSE – governing interior, exterior and wheel finishes. 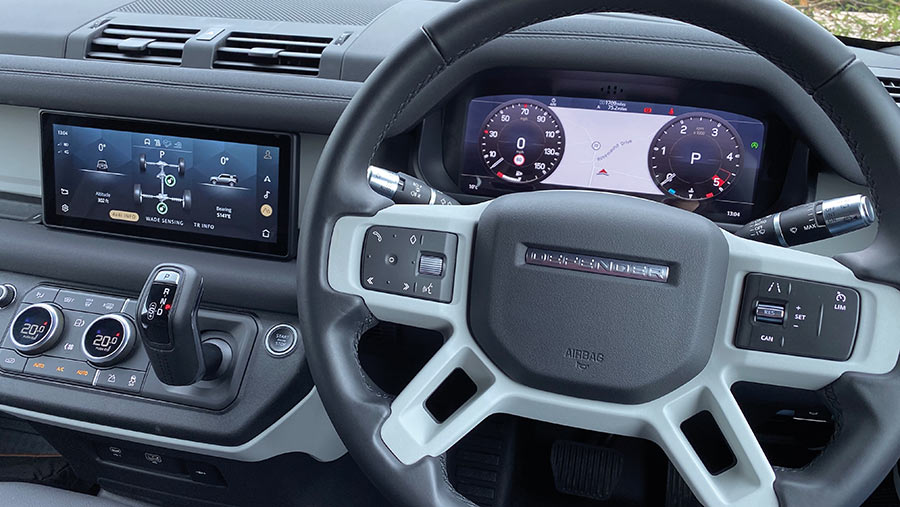 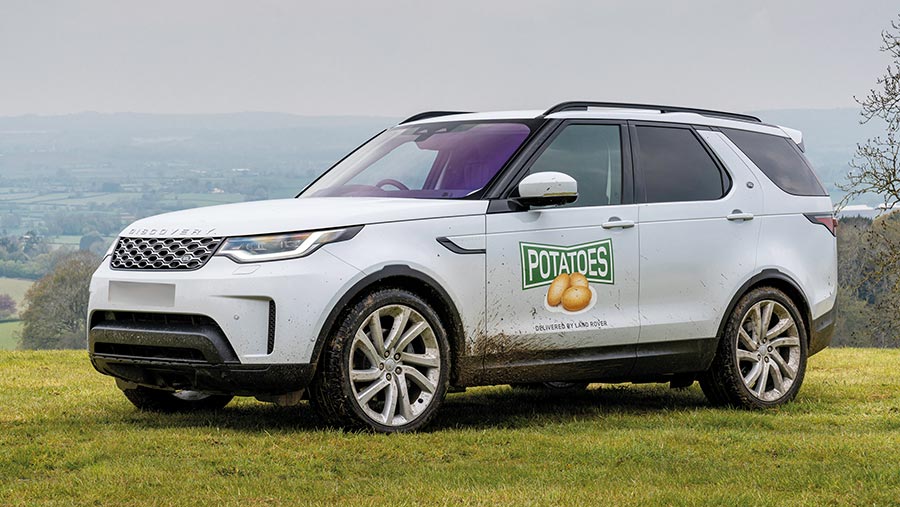