FERNE McCann shows off her daughter Sunday's "playground of dreams" complete with an indoor slide.

The former Towie star, 29, was all smiles as she took her daughter Sunday, two, around the indoor playground.

Sunday climbed up the wooden slide, before the pair of them relaxed in a blue bean bag.

There's also a blue tent next to a cute doll's playhouse.

Among the other bits and bobs is a blackboard above a station for drawing, boxes full of toys, and more stations with creative tools.

The room itself has laminate flooring, boasting a rug and a spiral clock on the white-and-blue walls.

She captioned the photo: "My favourite room of our house...Sunday’s playroom of dreams"

Ferne has recently revealed Sunday has hit her "terrible twos".

"She's a proper little madam, we call her Miss Sunday, which I love," she told the Mail Online.

"You know the things I find, she's hit terrible twos and the things that I'm like - ahh, I wish she wouldn't have so many tantrums - are the things I love about her the most. 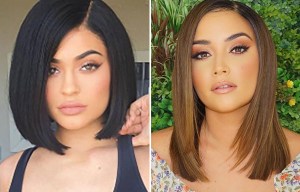 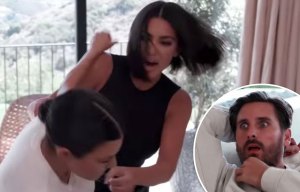 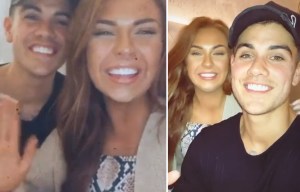 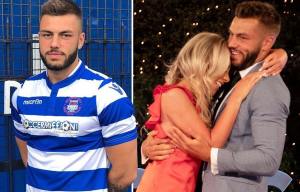 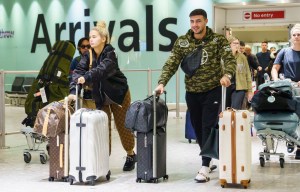 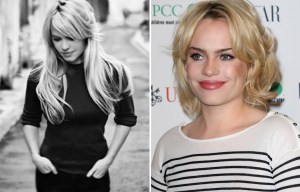 The Sun revealed in December how Ferne found new man, Albie Gibbs, in Dubai after meeting him there last Christmas.

Ferne recently started following Albie's private Instagram account, and even took Sunday to his family birthday meal a few weeks before it was revealed.

Speaking about her new man to The Sun on Sunday, Ferne said: "There is someone new. It’s still very much in the background.

"I’m enjoying dating but I won’t be spending Christmas with him. I’ll be with my friends and family."

Ferne's new romance follows a tumultuous two years which saw her ex-boyfriend and father of her child, Arthur Collins, jailed for 20 years after carrying out an acid attack in an East London nightclub.

Solskjaer on ighalo's loan: I Hope he can finish what he started, maybe by winning a trophy with Manchester United
Mueller on Alfonso Davis: The Munich runner constantly steals the ball from the opponent
Favre about 0:1 with Bayern: Borussia deserved a draw
Flick about the victory over Borussia: Today we took a big step forward
The WTO confirmed that Saudi Arabia is linked to pirate channels. The deal for Newcastle may not take place
Brescia declined to comment on Balotelli's suspension. The player is training individually
Alfonso Davis-rocket. I accelerated to 35 km / h and stopped Holand
Source https://www.thesun.co.uk/tvandshowbiz/11043589/ferne-mccann-sunday-playground-of-dreams/

Japan could pay half your holiday costs once lockdown is lifted

Terrifying moment gunman, 42, ‘calmly walked up to a group of men before shooting young father dead’

One in five British troops is unfit for combat due to mental and physical health problems, MoD reveals

Morecambe defender Christian Mbulu passes away at age of 23

Best baby mobiles to stimulate and soothe your little one

'It's time for Dominic Cummings to Stay Home, collect his P45 and resign'

Who’s in the cast of Little Boy Blue and how many episodes are there?

Beaches should be closed as there are not enough lifeguards on duty, says RNLI after two die off coast at weekend

Seinfield actor Richard Herd dies at 87 after complications from cancer

Boy, 9, has leg amputated after hit-and-run at park left him seriously injured

Body of man in his 20s found at house in Preston

A person has been hit by a train in Hessle

Dad pictured ‘riding motorbike with toddler on his lap’