A TEEN who shot down eight people before turning the gun on himself at a FedEx facility in Indiana was reportedly part of an internet subculture obsessed with My Little Pony.

Brandon Scott Hole's now-deleted Facebook page appeared to show he was a member of the "Bronies" community - with some adult men in the group said to claim to be sexually attracted to the cartoon characters.

Read our Fedex shooting live blog below for the very latest news and updates...

The 19-year-old pulled the weapon out of his trunk and  started shooting for up to two minutes during a FedEx night shift change at the operations center in Indianapolis on Thursday night, witnesses claimed.

Hole reportedly made a final post in the group, mostly filled with men who are fixated on the kids toys and show, less than an hour before his shooting spree began, the Wall Street Journal reports.

“I hope that I can be with Ap­ple­jack in the af­ter­life, my life has no mean­ing with­out her,” he posted on his Facebook shortly before 10.20pm on Thursday.

His post included a picture of the fictional blond pony, Applejack, who is the show's main character.

The "Bronies" group has a history of far-right extremist tendencies, according to the Journal.

The term "Brony" is a combination between the slang word "bro" and "pony".

An internal Facebook memo they reviewed that detailed the post said: "Brony on­line cul­ture has dis­played el­e­ments of far-right and white na­tion­al­ist ex­trem­ism."

Facebook added that there was no clear evidence it motivated the shooting.

Hole legally bought the weapons he used in the attack  — despite fears about his mental health.

He purchased the two assault rifles in July and September, Indianapolis police said.

But authorities had seized a shotgun from Hole last year after his mother called police, saying she was worried he would try to commit suicide by cop, according to the FBI.

The shotgun was not returned.

Yet the seizure should have prevented Hole, who killed himself following the Thursday night killing spree, from legally buying another weapon, Indianapolis Police Chief Randal Taylor told The New York Times.

Indiana’s “red flag” laws allow a judge to bar someone deemed dangerous from having a firearm.

But it’s unclear if Hole ever had a red flag hearing.

It comes after it was revealed Hole had been arrested twice, according to the FBI who released his picture on Friday.

He had been questioned by agents last year, after a shotgun was seized from his residence, the feds revealed.

ccording to Special Agent Paul Kennan, in March 2020, Hole's mother called the police to say that her son might commit "suicide by cop."

In a statement, he added: "The suspect was placed on an immediate detention mental health temporary hold by the Indianapolis Metropolitan Police Department.

"A shotgun was seized at his residence. Based on the items observed in the suspect's bedroom at the time, he was interviewed by the FBI in April 2020."

The shotgun was not returned to the suspect, Keenan said, and no racially motivated violent extremism (RMVE) ideology was identified during the assessment.

Hole was reportedly deemed no further threat to the community when he was released.

Hole's relatives have apologized to the victims' families and said they tried to get help for the teen.

The family said in a statement: "We are devastated at the loss of life caused as a result of Brandon’s actions; through the love of his family, we tried to get him the help he needed.

"Our sincerest and most heartfelt apologies go out to the victims of this senseless tragedy.

"We are so sorry for the pain and hurt being felt by their families and the entire Indianapolis community."

Members of Indianapolis tight-knit Sikh community have joined with city officials to call for gun reforms as they mourned the deaths of four Sikhs who were among the eight people killed in a mass shooting at a FedEx warehouse.

A vigil was attended by more than 200 at an Indianapolis park last night.

Meanwhile, one survivor has recalled the moment Hole "walked towards her shooting" leaving "blood pouring out of her body" as she told of the horrifying incident from her hospital bed.

Mom-of-five Angela Hughley was shot as she arrived for her shift at FedEx.

Moments after pulling into the parking lot the drama unfolded as the gunman came towards her. 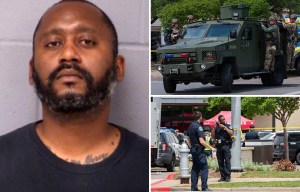 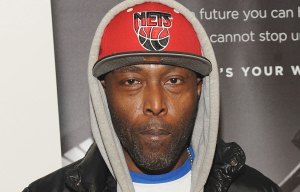 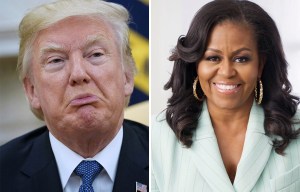 "I’m not no victim, I’m a survivor," she told Fox59 from her hospital bed.

"That’s what I’m going with. I’m a survivor.