A FAMILY is turfing out a chicken after it turned into a cockerel and started waking the neighbours.

It means she has gone from the best egg-layer in her flock of six to a randy rooster who is making a racket in the mornings.

Owners Mark and Rebecca Pannett are now having to part ways with Buffy after complaints from neighbours.

Teacher Mark, 58, of Harworth, Notts, said: “Three weeks ago she was another one of the girls giving us an egg a day.

"But she started behaving more and more like a cockerel and cuckooing.

“We are also sure she is still laying eggs, though not as many as before.

“Sadly, she’s making too much noise so we’re going to have to give her away.”

The one-in-10,000 change occurs when a damaged ovary causes a hen’s testosterone levels to soar, turning the remaining ovary into a testicle. 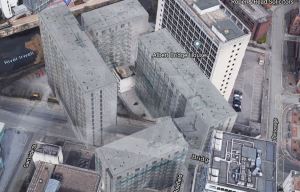 Poultry expert Dr Jacquie Jacob suggested further tests to see if Buffy was able to both lay and fertilise an egg.

But she said it would be unlikely as the bird would not have the organs to deliver sperm.