Covid conspiracy theorists are seeking to profit from the millions of followers they have built up on Instagram during the pandemic by marketing health supplements, wellness courses and juicers to them.

The Bureau of Investigative Journalism has identified more than 100 Covid conspiracy accounts promoting products to an audience of almost 6 million people on Instagram, which is owned by Facebook.

Facebook insists that it is taking more action on health misinformation, but conspiracy channels on the platform are nevertheless growing in popularity. In the first three months of this year the 100 accounts gained almost a million followers between them. This potentially puts the US tech giant in breach of its undertaking to the UK government last November that it would work to stop users profiting from coronavirus vaccine misinformation online.

The tracked accounts included a group of Instagrammers called Health Freedom for Humanity (HFFH). The group’s executive director and cofounder is Alec Zeck, a 28-year-old serving US army captain and Olympic-level handball player. Zeck’s 85,000-follower Instagram page hosts a range of misleading claims, including that the Covid-19 virus has never been isolated. His account promotes HFFH, but also points to a page on linktr.ee, a startup used extensively by Instagrammers to direct users to other resources, sponsors and products for sale.

On his linktr.ee page, Zeck promotes a “mind/body/spirit” site selling merchandise and points users to a website for Coseva “heavy metal detox”, selling $95 bottles of a spray that claims to cleanse the body and brain of heavy metals. The page names a “sponsor” – Kylee Zeck, Alec’s wife – who takes a cut of sales.

Zeck said: “Our organisation comprises people from all walks of life united in our belief that mandated medical procedures of any kind, medical coercion, or restrictions on health choice violate basic human rights.”

HFFH’s vice-president is Tommy John, a chiropractor who claims the coronavirus does not exist, a line he held to even after his father, a retired baseball star also called Tommy, was hospitalised with Covid. As well as promoting HFFH via his Instagram account, John also links to a site selling T-shirts with slogans such as: “It’s not a pandemic. It’s worse.”

One of HFFH’s board members is Joseph Yi MD, a “holistic psychiatrist” who runs a CBD oil business and is one of four doctors behind a supplement seller called Beyond Recovery. There are has links to both businesses on his Instagram page, where he has described the coronavirus pandemic as a “plandemic” and the “shiRONA charade”. Yi has said he believes masks aren’t effective and that tests for Covid-19 are “a scam”. 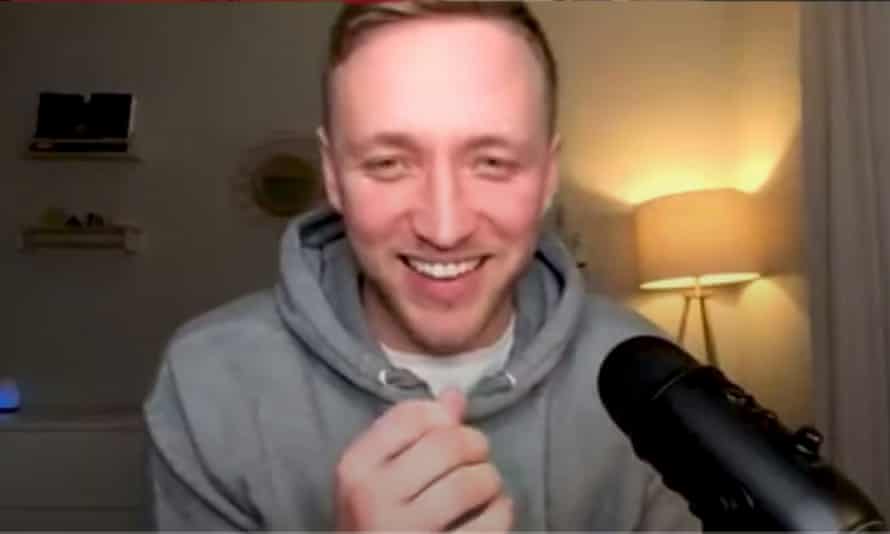 One of the most common ways of making money on Instagram is via affiliate programmes, which provide a cut of sales in return for product referrals. More than a dozen of the accounts investigated promoted heavy metal detox sprays. Many anti-vaccine groups and influencers claim, falsely, that trace amounts of heavy metals such as aluminium used in some vaccines cause health problems.

Other accounts promote supplements and devices that promise to improve wellbeing, while misleading those same people about the public health emergency taking place around them.

Nina Jankowicz, a disinformation researcher at US thinktank the Wilson Center, said Facebook could not absolve itself from responsibility for monetisation and misinformation even if it’s not done directly through Instagram. “They are providing the means by which this is amplified,” she said. “Instagram will say, ‘Well, this is a linktr.ee moderation platform,’ but they provide the tool through which people are amplifying these links.”

Facebook said: “We take aggressive steps to remove Covid-19 misinformation, including false information about approved vaccines.” After the Bureau contacted Facebook, a number of accounts were taken down, including those belonging to Health Freedom for Humanity and Zeck.

Linktr.ee has suspended accounts identified by the investigation. The company’s cofounder, Alex, said: “We’re committed to … enhancing our systems and processes so we can identify and catch misinformation before it reaches a large audience. We have never been in the business of, nor has it ever been our intention to, profit from the spread of information deliberately intended to deceive or cause harm.”